A fresh take on the European-designed classic 9mm handgun, the P210 Standard still features eight-shot single-stack magazines and a 5-inch barrel to produce a 36.9-ounce all-steel pistol. The venerable icon has been updated with modern features including a relocated magazine release along with improved internals and ergonomics. Further, the new model uses Nitron-treated stainless steel rather than blued carbon steel.

“The Sig Sauer P210 Standard is an engineering marvel, and with this launch, our product development has really come full circle in bringing our production of all Sig products back to the U.S,” said Tom Taylor, Sig’s executive vice president, Commercial Sales. “The P210 Standard combines the Swiss and German heritage that made this pistol legendary, with the ingenuity of being American made.”

Taylor went on to say: “The reverse rail on this pistol gives it precise accuracy. The thin contour grip and balance in weight gives it less felt recoil, and the tuned, short trigger press truly makes this one of the finest handguns ever made.” 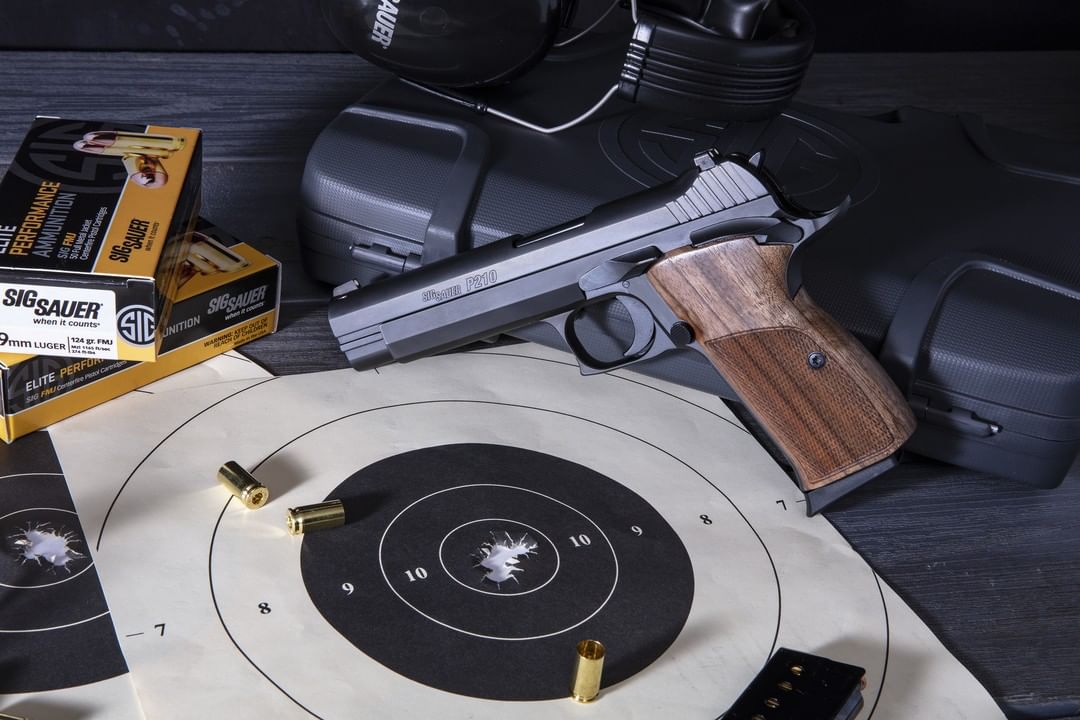 Designed as the Swiss Army’s Pistole 49 just after WWII, the 210 has been a hot commodity in Europe for generations and has more recently been embraced on this side of the pond — though supply was far less than demand. Vintage military and border guard surplus specimens often command upwards of $3,000 on the commercial market.

Sig released a U.S.-built P210 Target version last year with a $1,699 MSRP, but the company says the P210 Standard is “at a price point that will allow more consumers to enjoy this timeless pistol.”

Sig promised more details on the new gun at the upcoming NRA Annual Meeting in Indianapolis this week, and Guns.com will be there to scout it out.