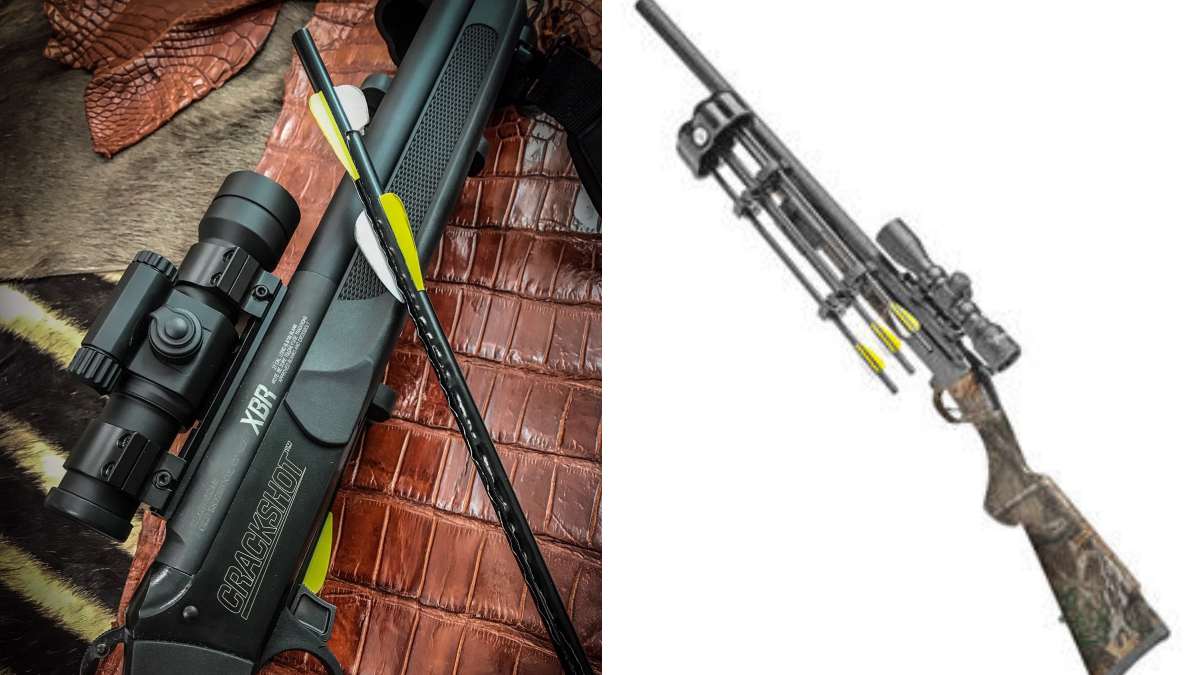 The new Crackshot XBR from Traditions can fire either .22LR as a rifle or 16-inch arrows once the upper is swapped out (Photos: Traditions)

Set to release this week at the NRA Annual Meeting in Indy is the new Traditions XBR Crackshot which is both a .22LR rifle and arrow launcher. The gun builds on the company’s Crackshot series of single shot, rimfire break action rifles and couples it with a second barrel system using the Traditions XBR upper that can be swapped out to fire arrows.

In its rifle format, the XBR Crackshot uses a 16.5-inch barrel with a .22LR chamber, perfect for small game hunting and plinking. Weight on the lightweight rifle is just over 4 pounds, making it versatile enough for a truck gun or teaching beginners. It comes standard with a factory-installed one-piece base for optics.

The Crackshot XBR in rifle format.

When swapping over for archery, the XBR upper has an inner barrel coupled with an outer shroud that accepts the company’s Firebolt 2216 16-inch aluminum arrow through the muzzle. It is fired by a .27-caliber Powerload inserted in the breech. Traditions says the XBR can launch Firebolts to 385 FPS at a steady trajectory while featuring a low recoil and “emits a low decibel when fired.” It reportedly has a 70-yard effective range.

In arrow-launching format, the Crackshot XBR upper comes with a 4×32 scope mounted.

The lower has a manual trigger block safety and sling swivel posts. The package includes both uppers as well as three Firebolts with 100-grain field tips. MSRP is set at $449 for the combo.