Some of the biggest buzz in Indy last week centered around Florida-based Naroh Arms and their all-new N1 micro compact pistol design. The N1 is a hammer-fired single-stack that delivers seven rounds of 9mm in a design that incorporates a 7075 aluminum receiver with full-length rails along with a steel barrel and slide.

The 6.1-inch long handgun includes a 1913 accessory rail for lights and lasers while the three-dot sights are compatible with Glock G43s. The double-action-only N1 can be disassembled without the need to first pull the trigger, unlike many striker-fired handguns in the same size range. 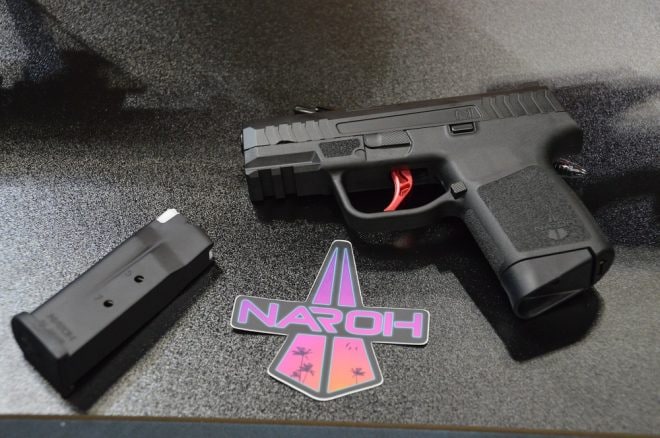 At 6.1-inches long overall, the hammer-fired N1 is slightly shorter than Glock’s striker-fired G43 while offering a 7+1 round capacity against the Glock’s 6+1. 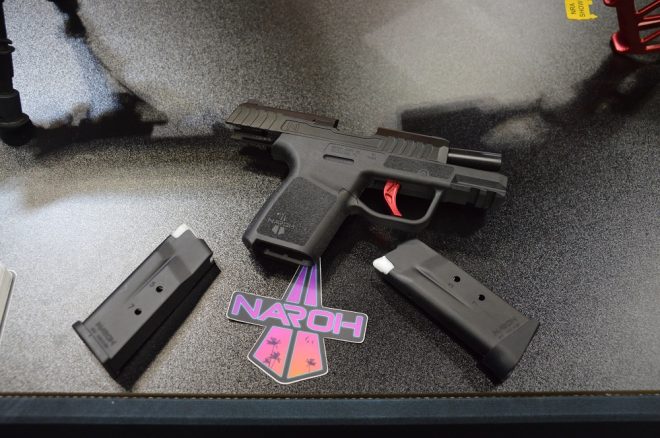 Weight is 16-ounces unloaded and the gun ships with both flush fit and extended floorplate 7-round magazines.

Robert Horan, Naroh’s president, told Guns.com they have been working on the design of the N1 pistol for well over three years. The company has been teasing the gun on social media for at least the past nine months.

No neophyte to the gun world, Naroh was founded in 2013 and is an OEM supplier specializing in machined components for the firearm industry. Horan explained most of the key employees in the company earned their stripes working for other gun makers before brining their talents to the Rockledge, Florida company.

The N1 is expected to begin shipping in May. MSRP is set at $399 for blued, with an extra $10 for a version with a silver stainless slide.