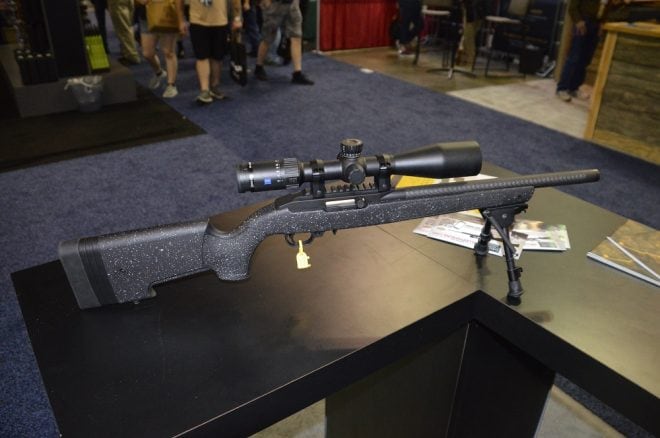 The new guns, offered in two configurations, use Ruger 10/22-compatible rotary magazine wells and are described by the company as “feature rich.” Each in the series uses a 16.5-inch threaded barrel to produce a 34.5-inch rifle that incorporates a full inch of length-of-pull adjustment spacers in the stock. A 30 MOA Picatinny-style top rail is integral to the receiver. Standard sling mounts include three QD studs and four flush cups.

“We have had our eye on the rimfire space for several years now,” said Nate Treadaway, CEO of BPI Outdoors, Bergara’s parent company. “Not only is it a very close alignment to our core customer base but we are already familiar with how to make an extremely accurate barrel. The BXR just happens to be the first of several models to come from Bergara and will fill a void between the featureless mass-produced models and overly priced boutique offerings.”

The base model BXR uses a 4140 CrMo fluted steel barrel with a Cerakote finish along with a green stock with black fleck. It weighs 5.25-pounds. MSRP is $565.

The basic BXR is distinguished from the carbon fiber model, shown at the top of the page, by its fluted steel barrel and green stock. (Photo: Bergara)

The more high-end version of the BXR uses a carbon fiber barrel as well as a black stock with grey fleck that tips the scales at 4.75-pounds, without optics. 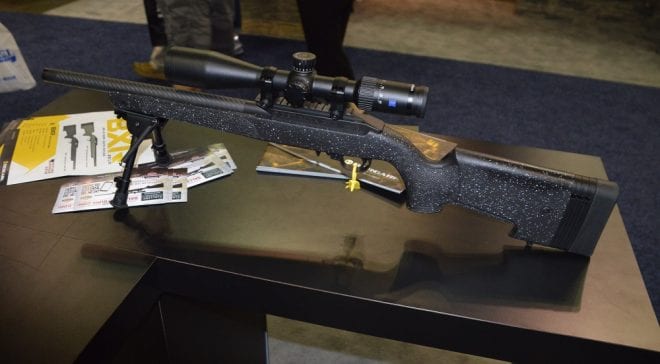 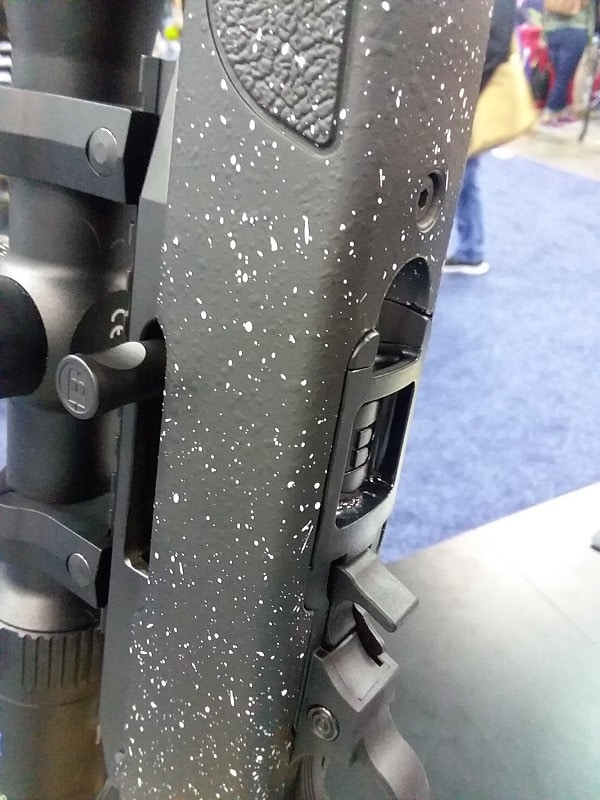