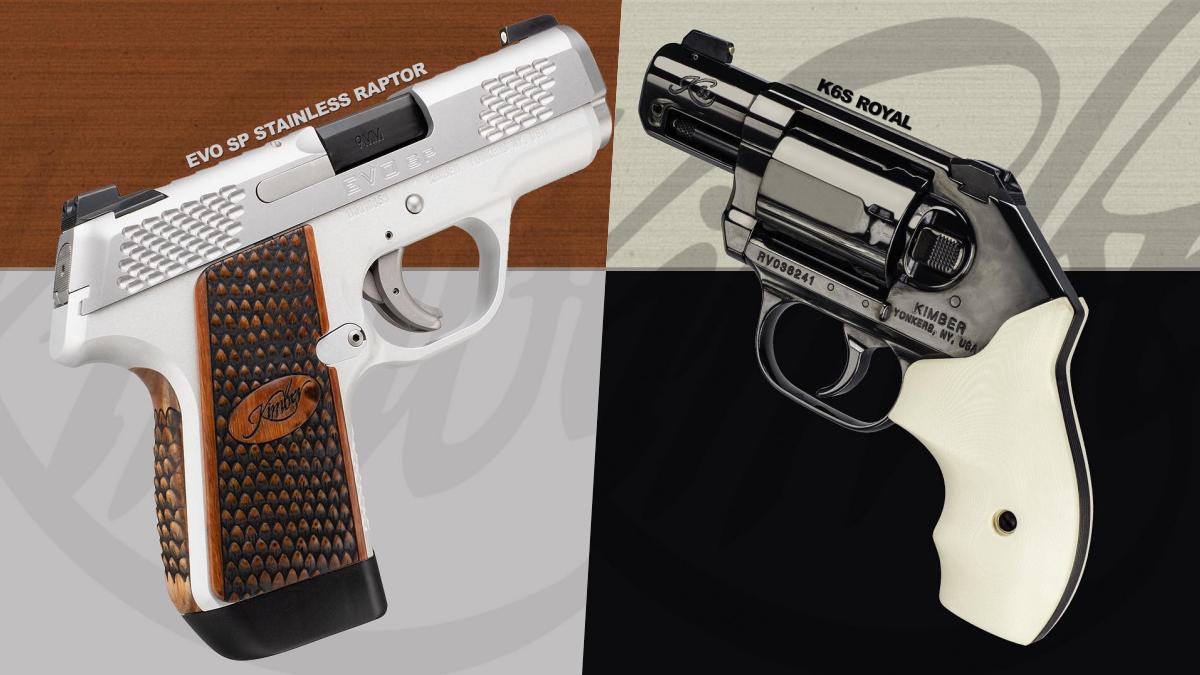 New York-based Kimber continues to expand their compact carry lines with new finishes in their K6s revolvers and EVO SP pistols. The latest offerings debuted last week at the National Rifle Association’s Annual Meetings in Indianapolis and serve to build the gun maker’s pitch to the popular every day carry crowd.

The new K6s Royal is a 2-inch .357 Magnum-caliber snub that features a hand-applied high polish finish with black DLC coating over its stainless steel frame and barrel. Rather than Kimber’s typical range of wood or rubber revolver grips, the Royal uses Ivory-tone G10 laminate grips. 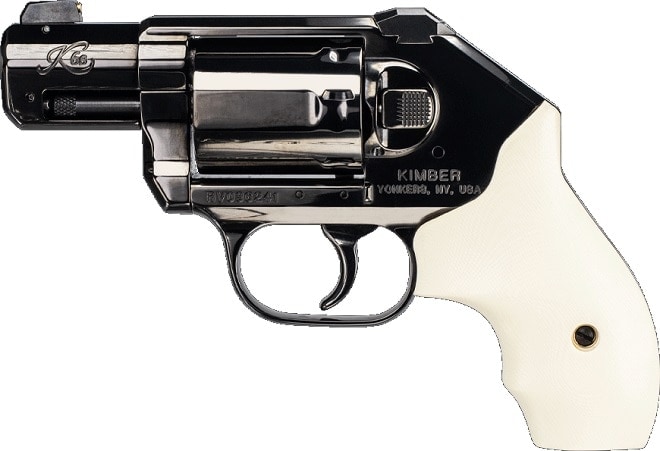 The six-shot revolver weighs in at 23-ounces and runs 6.62-inches overall. Part of Kimber’s Special Edition line, the Royal has a brass bead front sight and an MSRP of $1,699.

Kimber is also growing their EVO SP line of striker-fired pistols to include the new Stainless Raptor. The 9mm compact features a scaled grip and backstrap with aggressive front and rear cocking serrations and a Ferritic NitroCarburizing slide with glass bead finish. Previously the company only had an EVO Two-tone offering with a black slide and bright aluminum frame.

Small guns, they only go 6.1-inches overall while featuring 3.16-inch barrels. Each of the 19-ounce pistols ship with two seven-round magazines. MSRP on the Stainless Raptor is $949, which falls in line with the rest of the series.

For more on the EVO SP line in general, check out the below video Guns.com shot at the Kimber booth earlier this year.