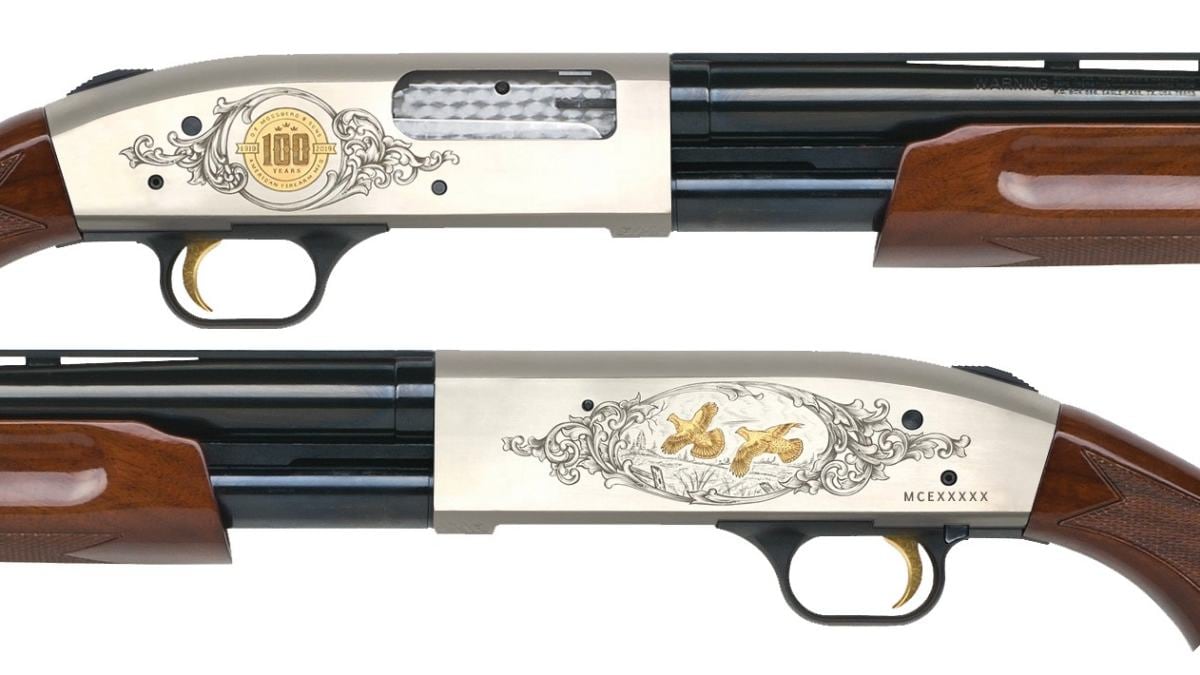 While the company originally started in 1919 with the Brownie pistol, Mossberg has been making the Model 500 since 1960 and has sold more than 12 million of the now-classic pump-action shotgun over the years. The Centennial edition of the gun, available in 12 gauge only, will be limited to just 750 examples.

Using a polished 28-inch vent rib barrel with a 3-inch chamber, the commemorative features engraving with the Mossberg 100th Anniversary logo on the right side and a pair of flushing ruffed grouse on the left. The furniture is a high gloss walnut with fine checkering and a red recoil pad on the butt.

The gun uses Mossberg’s Accu-Choke system and comes with three tubes– Full, Modified and Improved Cylinder. It has twin bead sights along the top of the rib.