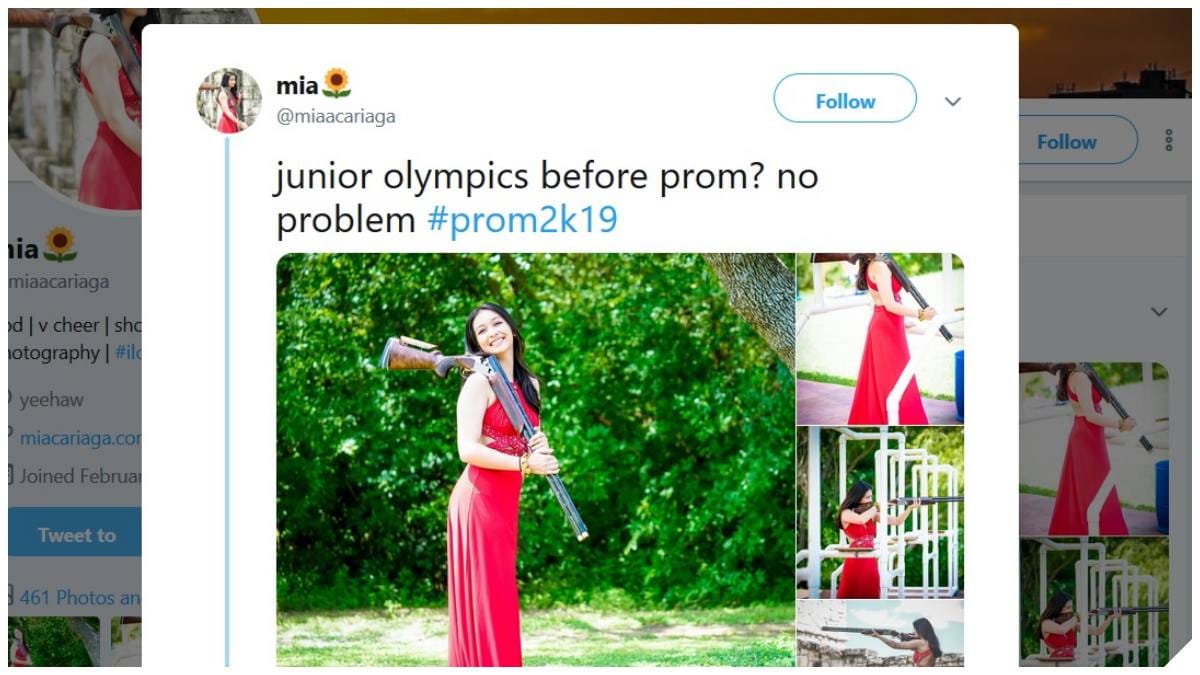 Mia A. Cariaga budgeted daylight and a wardrobe change to work in some prom photos just after she competed. (Photos: Twitter/Screenshot)

A Texas youth clays competitor managed to squeeze in some prom pictures at the end of a state championship and tried to break the internet along the way.

Mia A. Cariaga’s 2019 prom photos were taken at the San Antonio Gun Club after Day 1 of the State Junior Olympics Championships and, showing off a flowing red gown to complement her double-barrel over-and-under shotgun, made a statement.

“Junior Olympics before prom? No problem,” noted Cariaga on Twitter this week in a post that was reposted over 200 times, including by USA Shooting and the National Rifle Association.

With more than 2,000 replies, those on social media noted she was exercising the right to “bare arms” and were generally supportive, although she did get dinged for not wearing eye and ear protection in the poses.

“Beats the hell out of a corsage!” said one. “Beautiful young lady who smells like gunpowder. Beating the boys back with a stick,” wrote another.

“We hope you shot great and had a blast at your prom. What a day you’ll always remember,” responded USA Shooting.

We hope you shot great and had a blast at your prom. What a day you'll always remember. https://t.co/lCmRNqjATD

To see how she shoots, Mia’s father, Michael Cariaga, posted a video of a shotgun clinic held last week prior to the Championships.