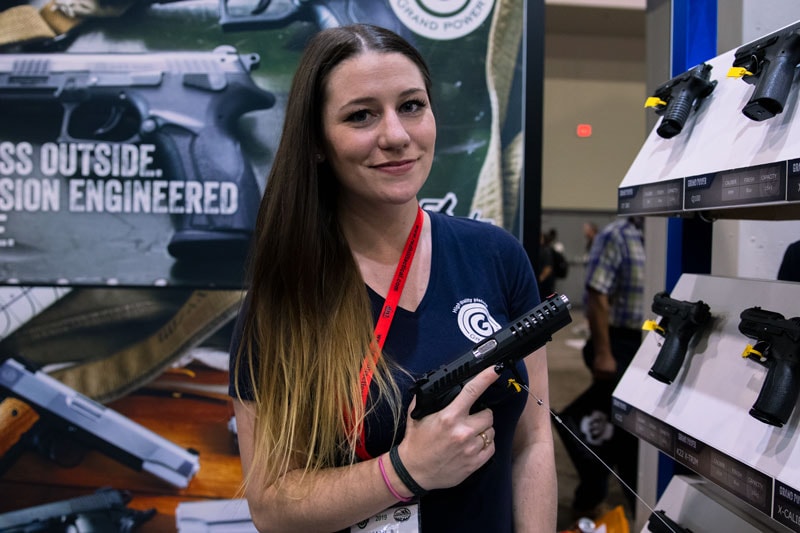 Hailing from the Great White North, Kayla Wirth balances a good-natured Canadian vibe with a fierce competitiveness that fuels each competitive stage. Wirth’s charm is all in her girl power mantra — a battle cry for more women to take up arms and get involved in the shooting sports.

Guns.com caught up with Wirth to learn more about her backstory and why she thinks women are coming out on top.

GDC: Give our readers a little background about you. What got you into the shooting sports?

Wirth: I’m from Vancouver, Canada and I work at a local indoor gun range/rental range. I’ve been there for over eight years and that definitely opened the door for everything I do now. I hunt, started that about four years ago, and I shoot competitively, which I started about three years ago.

GDC: From a competitive side, what’s the best part of heading to matches?

Wirth: I’m very competitive and the best part is beating the boys. I’m beating my shooting partner, Winston, half the time. It’s, like, really cool. That and seeing the women. When we went back to Nationals, there were so many more women there. It’s growing, definitely growing.

GDC: You mentioned growth. Has there been a significant increase in the number of women entering the shooting sports or competitive shooting? It certainly seems like it’s on the rise.

Wirth: Yes! It feels like it’s becoming less of a “man’s sport,” you know. Just like in other areas of the world, women are coming up on top. There are quite a few women that are now competing and they’re bringing some good competition. It’s really nice to see that.

GDC: Is there a certain age demographic of women you see more?

Wirth:There’s no age. There are 16 and 17-year olds getting into it and all the way up to women in their 60s. It’s really cool to see the older women that are still going at it. They’re going toe to toe with these men. Then there are the younger ones that just have so much more opportunity. They’re just growing.

GDC: Last question, you mentioned working at a rental range and I know you are also a Range Officer. Are you also seeing more everyday women coming into your range to shoot — outside of competitive matches? I think we Americans often have the perception that Canadians aren’t into guns as much.

Wirth: At my rental range, we have a lot of female clientele. Women feel more comfortable coming to talk to me. It’s really great to be a positive role model, in a sense. I’ve had a couple of girls that come in and they really like (shooting). They get their gun license and now they have their own firearms. They get into that swing of things and there are so many different disciplines that they can get into. It’s really good.