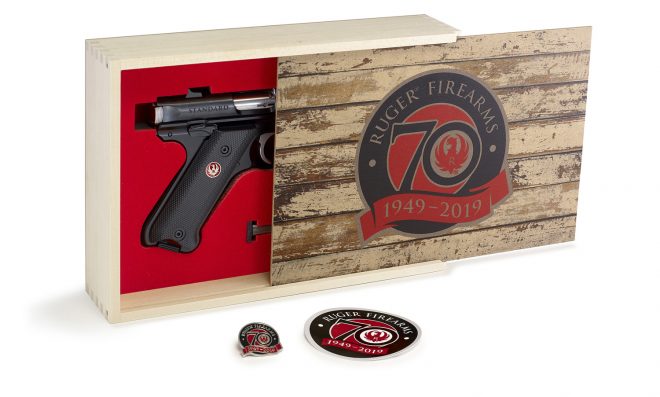 The new limited edition 70th Anniversary Mark IV Standard is specally engraved and comes in a custom wood case similar to the way the guns were shipped in 1949. (Photos: Ruger)

Bill Ruger‘s classic 1949-era Standard pistol has been rebooted in a commemorative edition to celebrate the company’s 70th anniversary.

While the new limited edition Mark IV Standard is the fourth generation of the .22LR rimfire semi-auto that gave birth to one of the best known gun makers in the country, it has several callbacks to the classic gun. The most obvious of these is the 4.75-inch tapered barrel and fixed sights.

Going further, the special model has a unique laser engraving atop the receiver and on the rear of the bolt, as well as a “70TH” serial number prefix. 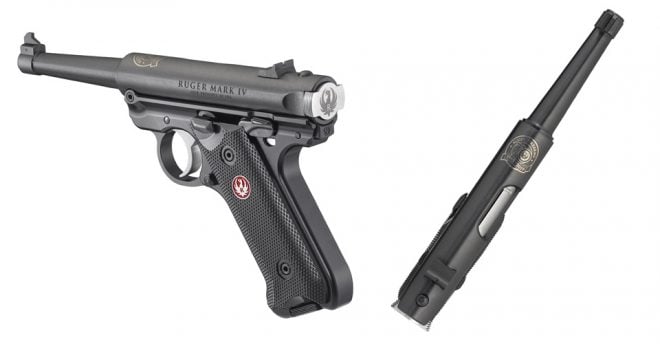 Note the engravings denoting the model as a 70th anniversary edition

In an update from the legacy Standard .22s — which are notoriously hard to field strip — the new Mark IV version has an easy one-button takedown. Using a one-piece aluminum grip frame and checkered plastic grips with a red and white Ruger hawk logo, the collectible plinker weighs 28.2-ounces and runs 9-inches overall. 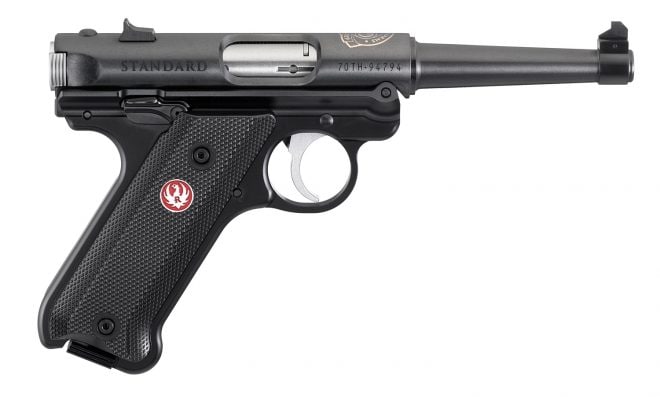 Unlike the original, it uses the much more popular push-button magazine release rather than the circa 1949 model’s heel release.

Best of all, rather than a more modern plastic case, the Mark IV Standard ships with a wooden custom box similar to the way Ruger shipped guns back when Vic Damone and Mel Torme were in the Top 40. 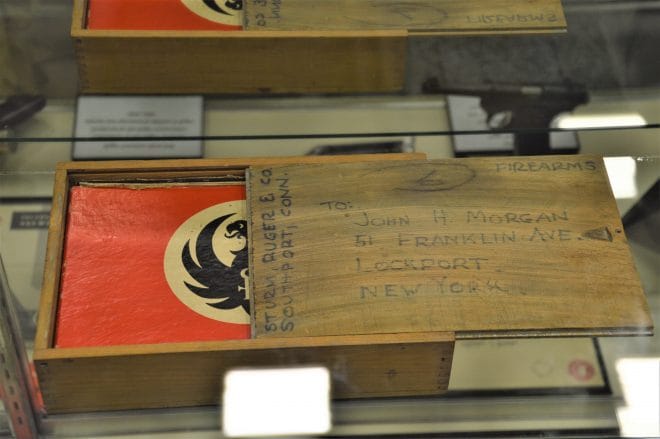 Compare the current box at the top of the post with this wooden shipping container used in the late 1940s and early 1950s. Back before the Gun Control Act of 1968, you could order one of these right to your house. (Photo: Chris Eger/Guns.com)

MSRP on the new Mark IV Standard is $529 and ships with two, 10-round magazines.

For fans of the original, be sure to check out the used Mark I Standards we have in stock as well. 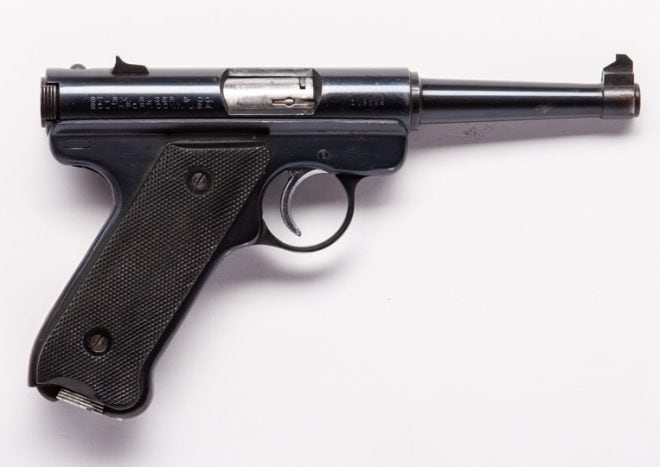 The Mark I Standards do not offer an easy push-button take down and have a heel mag release but they do have panache. (Photo: Guns.com)