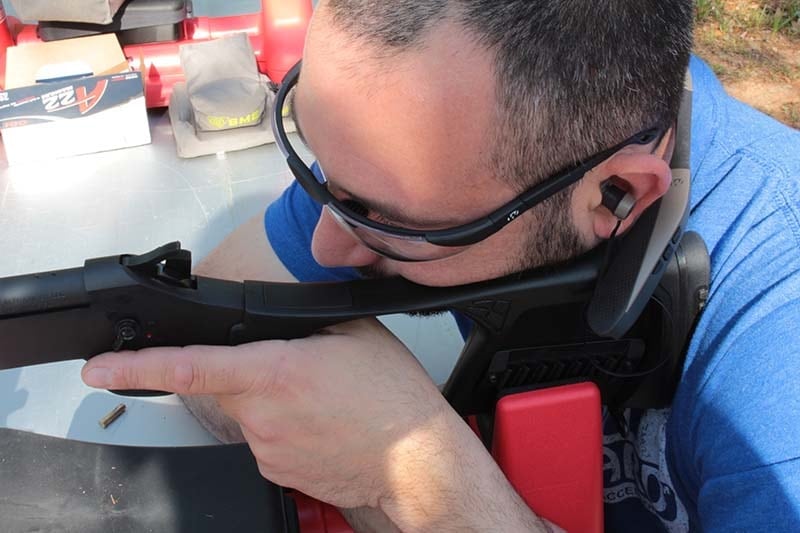 When it comes to shooting with friends it’s hard to maintain a conversation at the range without screaming over the sounds of gunfire. Removing ear protection is not an option, as just a few rounds will leave ears ringing for the afternoon or worse. Many gun owners have found solace, though, in the use of electronic ear protection.

Electronic hearing protection entered the scene more than a decade ago, however only in the form of earmuffs. Despite acting as the simplest solution, many shooters still find earmuffs interfere with their cheek weld — the contact point between the shooter’s face and buttstock. This becomes particularly apparent while learning how to properly mount a rifle or shotgun. Not to mention, earmuffs become stifling to wear in warmer months.

Larger headsets were once the only means to house this state-of-the-art technology; but as with anything tech related, time brings down the size as well as the cost. Today this technology is small enough to fit in just a few square inches of space and Walker’s did just that with neckband ear pro Razor XV.

The Razor XV accompanied me for a little more than a year and I have been thoroughly satisfied with its performance. Weighing just 2-ounces, the entire package sits comfortably on my shoulders, microphones positioned in a natural location to pick up sound in any direction. This design also keeps the Razor XV out of the way of rifle and shotgun stocks while shooting. The retractable plugs can accept any of the included foam inserts, available in various sizes for a custom fit. The technology in the Walker’s Razor XV hearing protection cuts off during gunfire and turns back on once it ceases. This process happens in milliseconds, protecting hearing while keeping up with smack talk on the range. 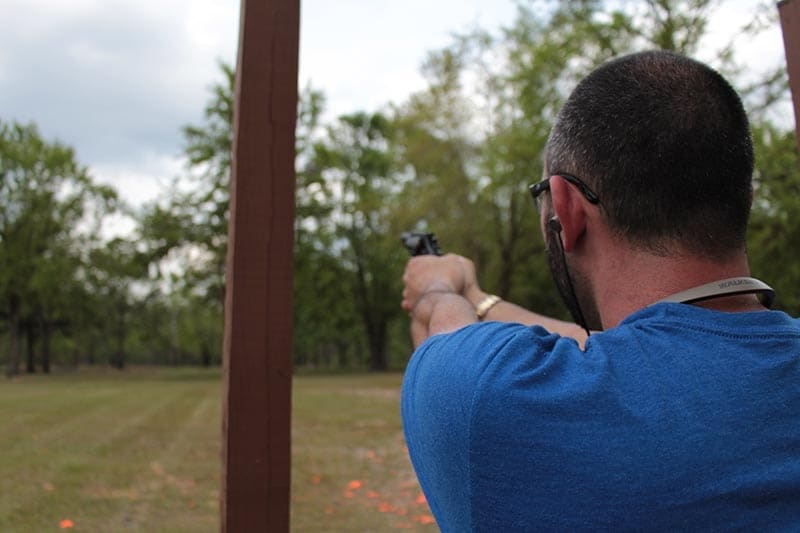 Bluetooth technology is also built into the Razors XV’s with one button activation. After a brief pairing sequence, the Razor XV is capable of taking phone calls, streaming a walkie-talkie or even listening to music.  I found the sound quality to be exceptional, and at the same time, this ear pro offers the noise suppression you want from foam earplugs. While using this feature I highly recommend turning the volume turned down to a reasonable level, as to still be able to hear cease-fire commands, firearms malfunctions and other important aspects required to maintain situational awareness at a range. The Razor XV isn’t relegated to just range use. I first realized the value of these in a noisy airplane. With the Bluetooth capability, I was able to enjoy my movie in spite of the obnoxious turbine engine just a few feet away. While these excel at the range, the Razor XV also works in a pinch should gun owners need to watch TV or work in a crowded, noisy area.

The entire unit is powered by a built-in LIPO battery that charges via micro USB. Auto shut off keeps the ear pro from dying in a range bag; though if you forget to charge them, just one hour on a car charger will get you through most range sessions. A full power charge has an advertised life expectancy of 10 hours. I found that to be mostly true, however, it was slightly less when using them to stream music via Bluetooth.

My last year with these earplugs has been outstanding. They have kept my head cool and my throat from becoming raw more times than I probably realize. I’ve been fortunate enough to convince my closest shooting buddies to buy them as well, allowing for an absolutely natural conversation on the range. Shooting with friends should be about having a good time and the occasional good-natured mockery — not screaming over gunfire. The Walker’s Razor XV delivers just that all in a compact bundle that rivals some of the best audiophile equipment on the planet.