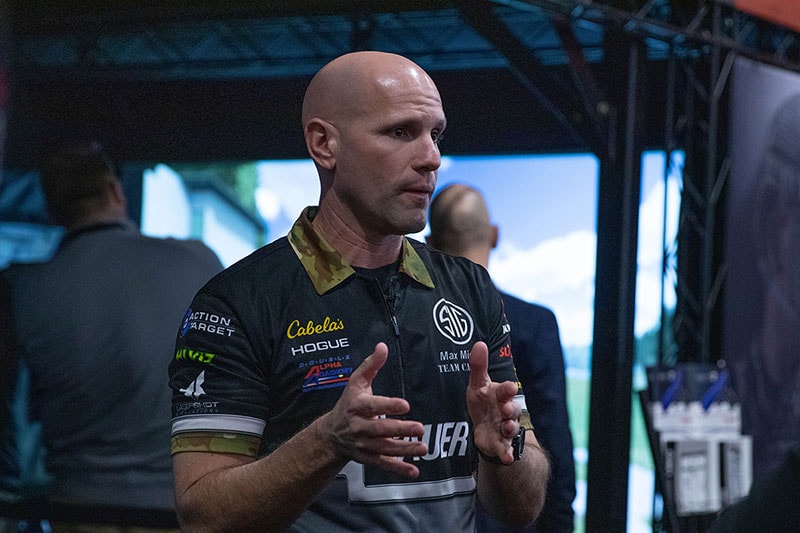 The competition, which took place May 1 through May 5 at the Southern Utah Practical Shooting Range, put Michel through 17 courses of fire with a P320X5 in 9mm. The Sig pistol was equipped with the not yet released Romeo3Max open reflex sight.

“It’s great to see Max continue his win streak in the Carry Optics Division, and do it with the Sig Sauer Electro-Optics Romeo3Max Optic,” Tom Taylor, Chief Marketing Officer and Executive Vice President Commercial Sales said in a news release. “Max was not only the fastest shooter at the Magnus Cup within his division but one of the most accurate shooters amongst all 450 competitors as well. His determination to continually better his performance in carry optics, and dedication to his training shows in the results, and his continued wins for Team Sig.” 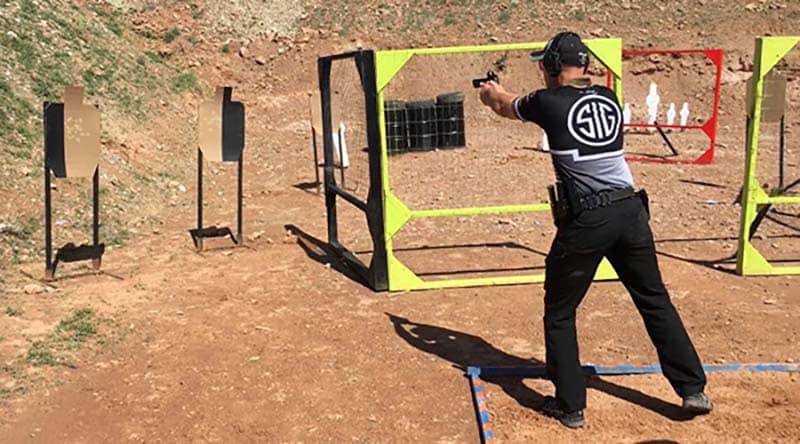 Michel tackling a stage on the way to first place. (Photo: Sig Sauer)

The Romeo3Max features a compact design with 30mm Max round lens. The optic offers a vivid red dot and “unrivaled optical clarity” with a 6 MOA dot size. Equipped with 12 illumination intensity levels, the sight delivers a runtime of 20,000 hours.

Noting that this was his first Magnus Cup, Michel said he was pleased that his gear performed well and helped secure him the win.

“This was the first ever Magnus Cup and it did not disappoint. The match challenged all of the physical and technical skills an IPSC shooter would need to possess in order to be at the top of their game,” added Michel. “My gear ran perfectly. The Sig Match Elite Ammunition was extremely accurate, and my Romeo3Max optic continues to turn heads because of my performance, and my P320X5 ran beautifully. I’m really proud to say that everything that helped me take first in the Carry Optics Division was a Sig Sauer product.”