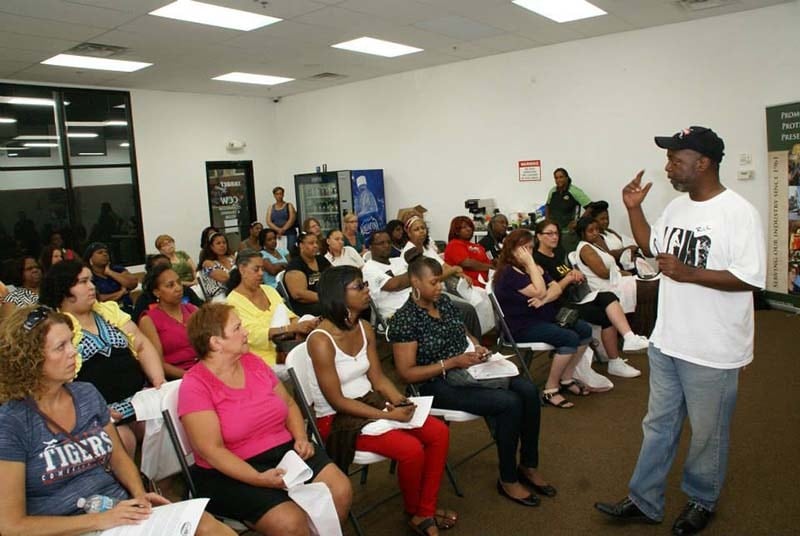 Inspired after a tragic newscast caught his attention, Rick Ector, founder of Legally Armed in Detroit explained to Guns.com in an interview that hearing the unfortunate details of a young woman brutally murdered in Detroit spurred him to action.

“One day on the news it was broadcast that a woman had unfortunately been killed. She was found in a deserted field. I saw that and it really bothered me,” Ector said. “I wondered, what if she had a gun? What if she had a concealed pistol? She could have mounted a defense. I kept thinking about it and decided I had to do something.”

Settling on the idea that a free, women’s only event would garner more participation, Ector began diligently working to make his vision a reality. The very first event, held eight years ago, yielded 50 women. Since then, its numbers have continued to grow with last year’s training reaching over 700 women. This year he plans to make that number even higher, aiming to teach 900 women the basics of 9mm pistols. Using volunteer instructors and Range Safety Officers as well as donated range time, Ector’s class takes a time slot approach in order to process hundreds of women through the course. Women begin in an auditorium like setting, learning the basics and fundamentals before they are steered out onto the range for one-on-one, guided instruction.

The brunt of planning, coordination and supplies has largely fallen on the back of Ector who tirelessly works to better each year’s event. Cobbling together ammo and guns for the event, Ector says procuring the tools and resources he needs isn’t always easy. Frequently, he turns to social media requesting donations from local gun shops and followers. This year, however, Ector received a boost from Gun Owners of America who offered to donate a free gift to each attendee. In addition to training and range time, participants will walk away with a pink hat featuring the Gun Owners of America logo. 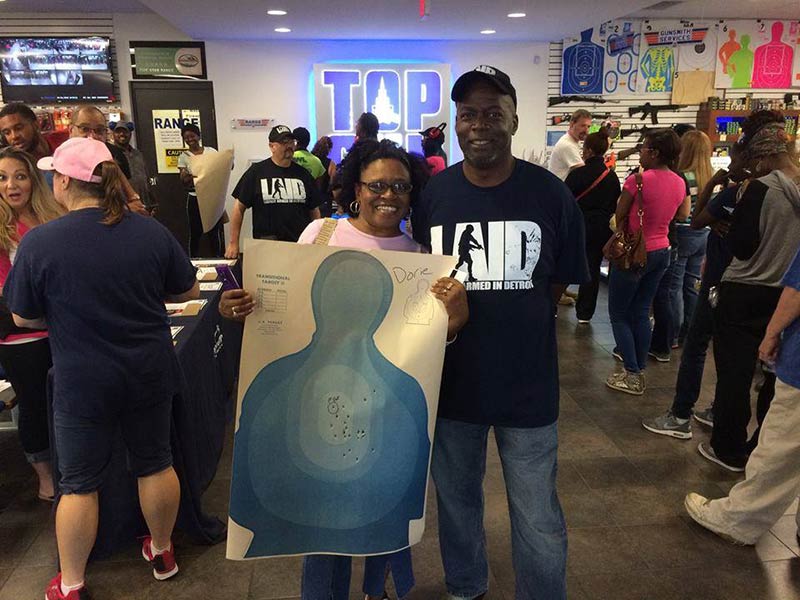 Though time and resources are somewhat limited, Ector said the goal comes down to teaching women the basics of firearms safety and handling in addition to encouraging interest and further education. Most importantly, though, Ector hopes to foster a sense of community among female gun owners and those interested in self-protection.

“There’s this phenomenon that happens when there’s a whole bunch of women that are into guns. You see networking and friendships blossom and flourish, all from this movement,” Ector elaborated. “I hear stories about people meeting here and then forming a gun group. They’re all shooting together. It’s a great side effect.”

In addition to forming friendships, Ector hopes his annual event inspires other instructors, 2A advocates and gun ranges to create their own events in their local areas. “My fingers are crossed that someone from a surrounding state or from around the country will have the courage to do this somewhere else. I haven’t seen one yet but it would be great to grow this thing outside of southeastern Michigan.”

The class is slated to run Sunday, May 19 at Top Gun Shooting Sports Gun Range in Taylor, Michigan. Pre-registration was required for the event but if you missed this year’s sign up, Ector says plan on attending next year — the event is always held the Sunday after Mother’s Day.