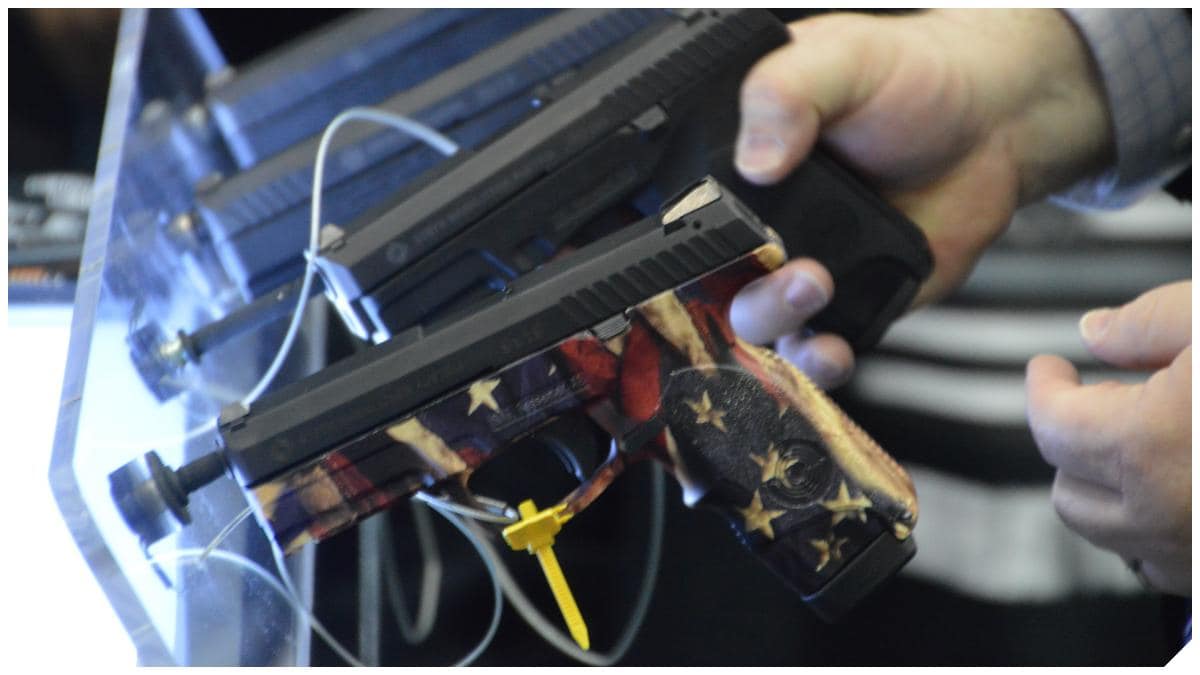 Gun owners in New York City with “premises permits” are largely restricted from taking their legally-owned guns off the property. A challenge to the ban is now before the Supreme Court. (Photo: Chris Eger/Guns.com)

Over two dozen legal briefs have been filed this month with the U.S. Supreme Court on a case challenging one of New York City’s restrictive gun control laws.

The case, brought by three NYC gun owners and the state’s NRA affiliate, argues the city’s “premises permit” scheme, which drastically restricts the ability to leave one’s premises with a firearm, is unconstitutional. While the nation’s high court has turned away an effort by New York officials to derail the challenge, the justices will have no shortage of paperwork to consider as part of the case.

So far this month, U.S. Rep. Bradley Byrne, R-AL, and 119 other GOP members of Congress have filed a brief in support of the gun owners, followed by another brief submitted by the allied attorneys general or governors of 24 red states. Add to this are separate briefs from dozens of gun rights groups ranging from Gun Owners of California and the Firearms Policy Coalition to Black Guns Matter, the Liberal Gun Club, and the Pink Pistols. Importantly, the U.S. Justice Department has also gone on record as being against New York’s gun restriction.

“The ban all but negates the textually protected right to bear arms, and interferes with the right to keep arms as well; few laws in our history have restricted the right to keep and bear arms as severely as the ban does, and some of those few have been struck down,” said a 39-page brief filed by the office of Noel Francisco, the U.S. Solicitor General.

Other briefs have been filed by anti-gun groups such as the Brady Campaign and Giffords, who are urging the court not to use New York’s largely unique ban to revisit the Second Amendment as a whole and instead steer clear of larger constitutional questions posed by the case. Notably, these groups have filed their briefs in support of neither party.

No group has filed in support of the city’s law.

The last major gun case the court decided was the McDonald case concerning carry outside of the home in 2010. Since then, the court has ruled in a series of cases concerning guns that are focused more on property law, for instance, that felons could sell their guns after a conviction, rather than challenges brought on Second Amendment grounds.