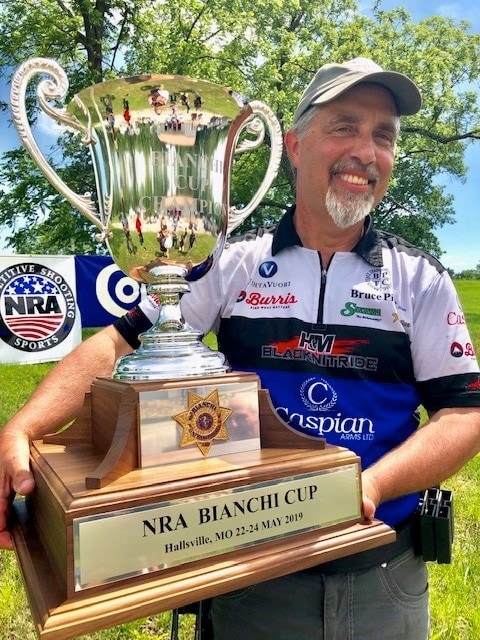 World champion shooter Bruce Piatt took home the coveted NRA Bianchi Cup National Action Pistol Championship trophy, winning the match for the sixth time in his career. The Bianchi Cup, held at Green Valley Rifle & Pistol Club in Hallsville, Missouri, is a two-day match that sees competitors go head to head in four events — the Practical, Barricade, Falling Plates and Moving Target. Targets are shot at various distances and positions with both the weak and strong hand with the goal of accuracy and speed. Piatt took first in the Open Division with a score of 1920-179x ahead of Adam Sokolowski. Carl Bernosky took third, but secured the title of Bianchi Senior Championship.

“It’s been 10 years since I hoisted a Bianchi Cup. Feels really good after missing last years match for shoulder surgery,” Piatt posted on social media. “The Green Valley Rifle and Pistol Club did an excellent job as usual. Thank you to all the match staff and volunteers. I can’t thank my sponsors enough for making such great products and making this all possible.”

Piatt topped off his Bianchi Cup weekend by heading to the Cameron Cup, held in Missouri, where he also won. Due to winning the Crawfish Cup in April and the Flagler Cup in May alongside the Cameron Cup, Piatt was crowned the first Action Pistol Triple Cup Challenge winner. 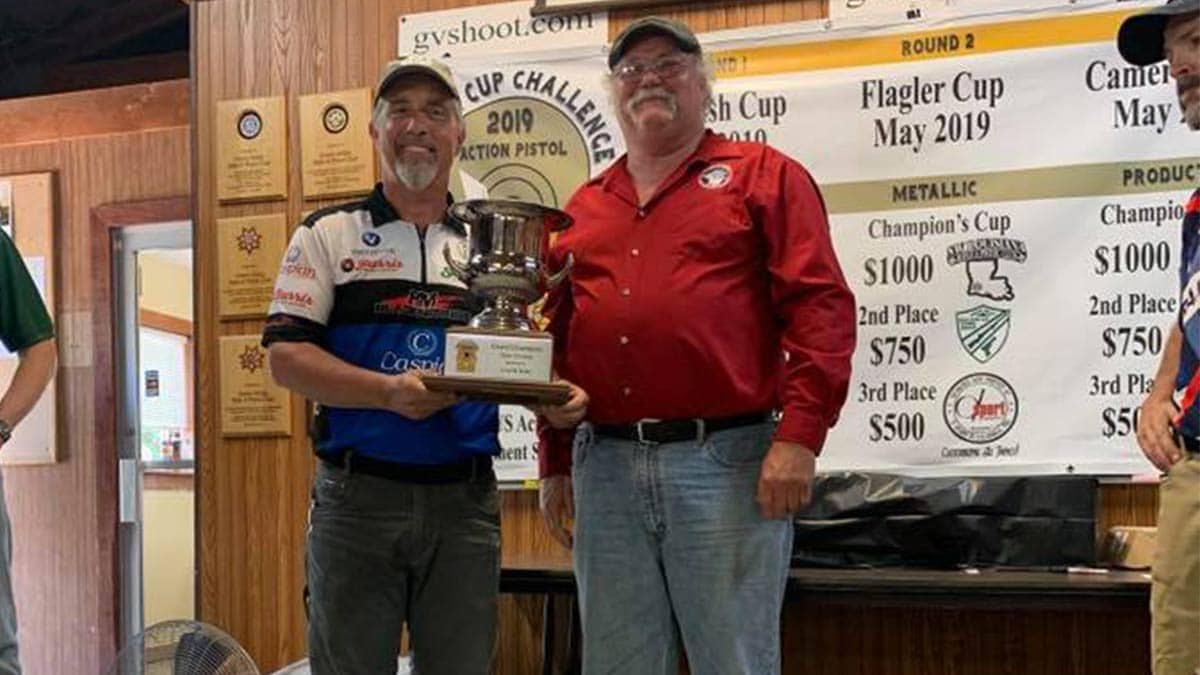