The SCAR-17 by FN-USA needs no introduction. Like most guns used by elite warriors in the U.S. military, civilian shooters covet the venerable weapon. Personally, the SCAR is one of my favorite .308 rifles.

The SCAR-17 is considerably lightweight for a short-stroke gas-piston firearm, but that’s due to the gun’s construction. With a polymer lower receiver and aluminum upper, the SBR version with a 16.25-inch barrel weighs less than 8 pounds unloaded. The small package makes the SCAR very maneuverable while engaging close targets or operating in confined places.

The SCAR’s design is very intuitive. Those familiar with AR controls will take to the SCAR no problem. The trigger, selector switch, and magazine release can all be manipulated with the dominant hand while wrapped around the pistol grip. However, the only notable difference between the two designs is the charging handle. The SCAR’s charging handle is located on the side of the receiver instead of above (and the handle can be switched to the left or right side). 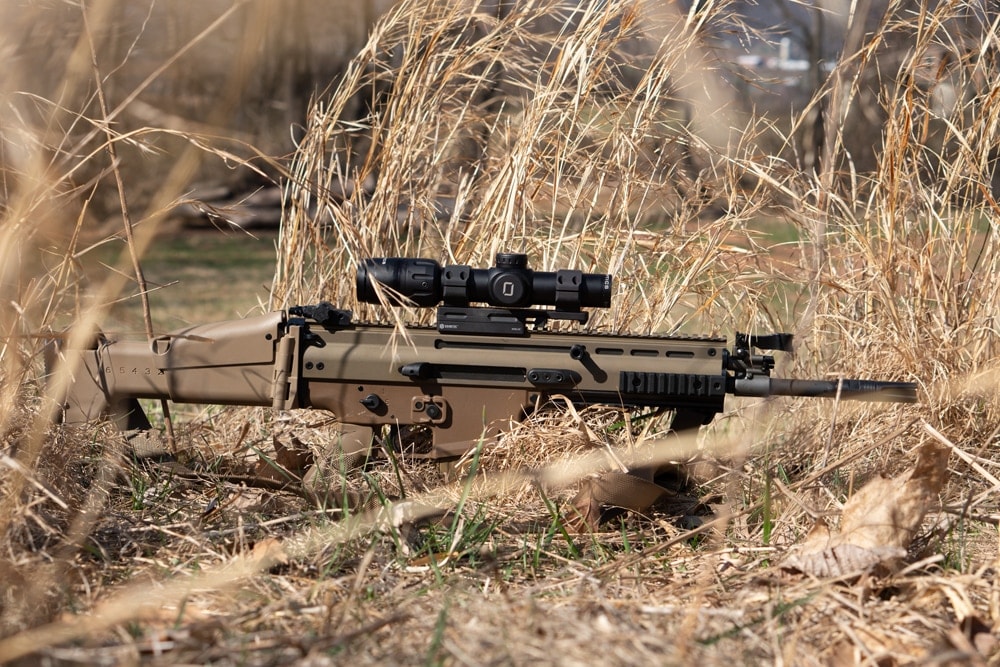 While the stock catches a lot of hate for its likeness to an Ugg boot, it actually provides a lot of adjustment for the shooter. The length of pull has six different lengths and the cheek pad moves up or down to accommodate a wider variety of body types and optics. The butt pad is rubberized and curved to contour the user’s shoulder. Also, a nice added bonus is that the stock can be folded for easier storage.

Few expect precision accuracy for semi-auto rifles, but the SCAR-17 shoots a decent group. The quality of the SCAR’s barrel will no doubt outperform the shooter. FN uses a hammer-forged, chrome-lined, free-floated barrel with a 1-in-12-inch twist.

To meet military standards, the SCAR had to be reliable. In my experience, they got the right bang for the buck. The SCAR will shoot most ammo, though it doesn’t always perform at its best with inexpensive steel-cased rounds. Still, the SCAR’s short stroke piston system eliminates a lot of carbon from blowing into the chamber and the adjustable gas block allows for it to be regulated or altered for suppressed fire. 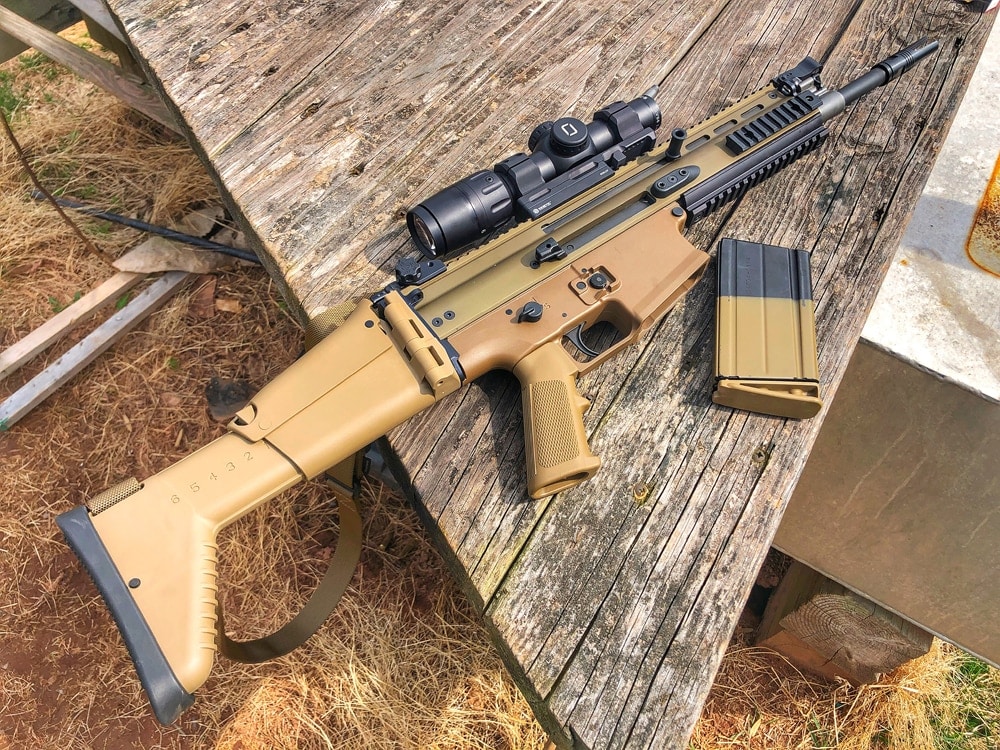 It is easy to get comfortable when mounting the SCAR. The infamous “Ugg Boot” stock catches a lot of hate for its ascetics, but it does provide a lot of adjustment for the shooter. (Photo: Ben Brown/Guns.com)

Since the SCAR-17 has been so widely accepted it has brought forth a lot of aftermarket products increase the overall performance of the platform. You can now buy everything from shorter barrels like the one seen here, to rail extensions and triggers. Modularity of a platform is always a welcomed feature.

This .308 battle rifle is easily the softest shooting in its class. Every time I pick one up I am impressed. Although the SCAR-17’s price comes it at a steep $3,500 price point, it’s an investment in a well-to-do semi-auto .308. And it gets even better when you shorten the barrel.