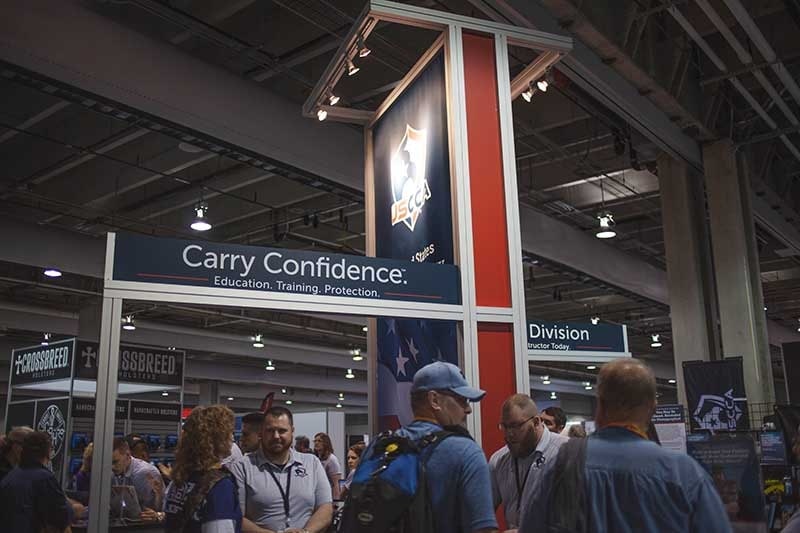 The U.S. Concealed Carry Association said over 10,000 men and women marched through the doors of the David L. Lawrence Convention Center in Pittsburgh in mid-May to check out the annual Concealed Carry Expo.

Hosted by the USCCA, the Concealed Carry Expo brought vendors, manufacturers and seminars to gun owners all through the lens of personal protection. The three-day event offered a bevy of guns and gear tailored specifically to the concealed carry lifestyle. With a healthy mix of both men and women, a USCCA rep confirmed that the expo “welcomed 10,820 responsibly armed Americans throughout the weekend!”

A notable fixture at the event, women guests as well female vendors seemed to be on the rise. Bringing holsters, apparel and even jewelry to the show, many booths specifically targeted women gun owners and concealed carriers. Darlene Cary, founder and owner of Can Can Concealment, told Guns.com at the Concealed Carry Expo that her booth had seen a steady flow of women interested in her Can Can Concealment women’s holster.

“I have seen lots of women this year and what’s interesting is the women who just come with their friends and kids. It’s been great,” Cary said. 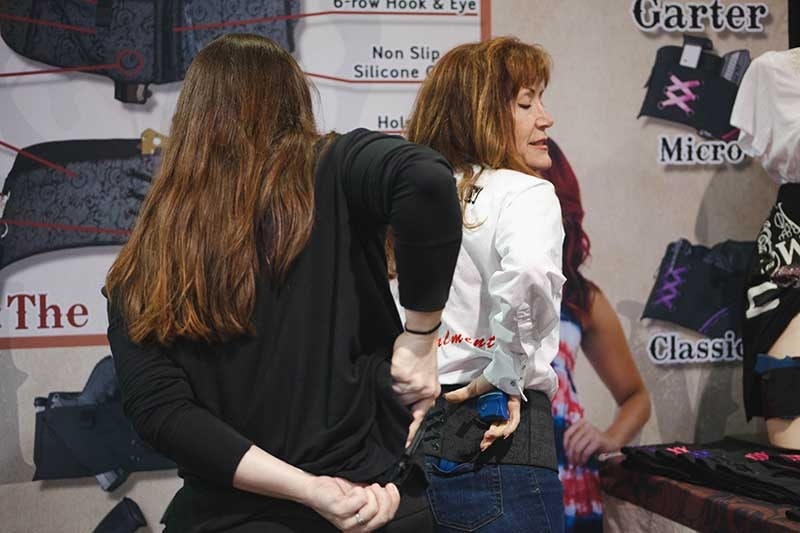 Darlene Cary with Can Can Concealment demonstrates a draw from her Hip Hugger holster for an interested lady. (Photo: Jacki Billings/Guns.com)

The Concealed Carry Expo itself targeted women with a selection of seminars specifically geared towards women’s concealed carry and gun ownership. On day two, the organization hosted a women’s panel that delved into issues women face in the industry and in the concealed carry lifestyle. Led by USCCA Concealed Carry Magazine’s Associate Editor Beth Alcazar, the panel touched on women’s representation in the industry, what to do if your place of work doesn’t allow guns and specific training women should seek to better their skills. Alcazar told Guns.com after the panel that she’s fought to ensure women are represented at the event each year with unique seminars and panels that speak to what interests female gun owners.

Though attendance at the 2019 Concealed Carry Expo was down from its previous year in Louisville — Louisville saw 15,000 visitors — the USCCA says it expects to grow with each year, especially as its own membership swells. 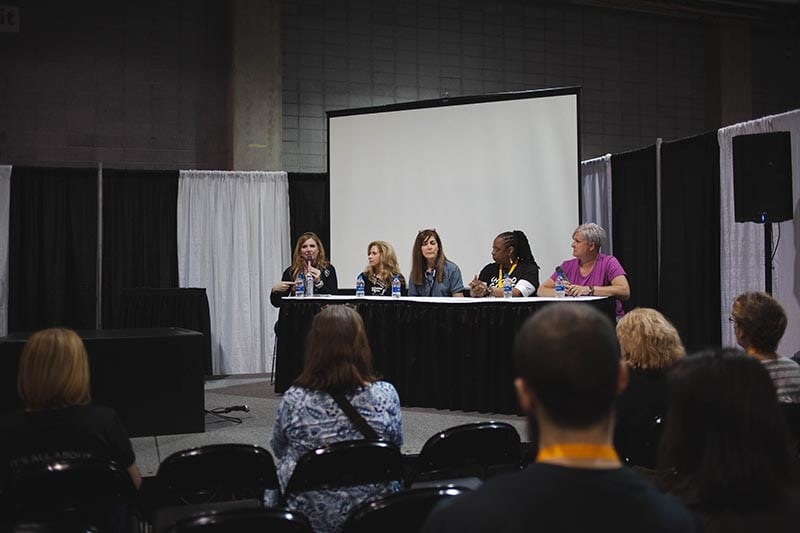 “There’s more USCCA members — we grow between 30 and 40-percent per year in total membership,” Founder and President Tim Schmidt told Guns.com. He also added that “the perspective across our whole society is that firearm ownership is becoming more acceptable by a lot of people. There’s a lot of curious people wondering how they go about being a responsibly armed citizen.”

The Concealed Carry Expo will return in March 2020 in Kansas City. 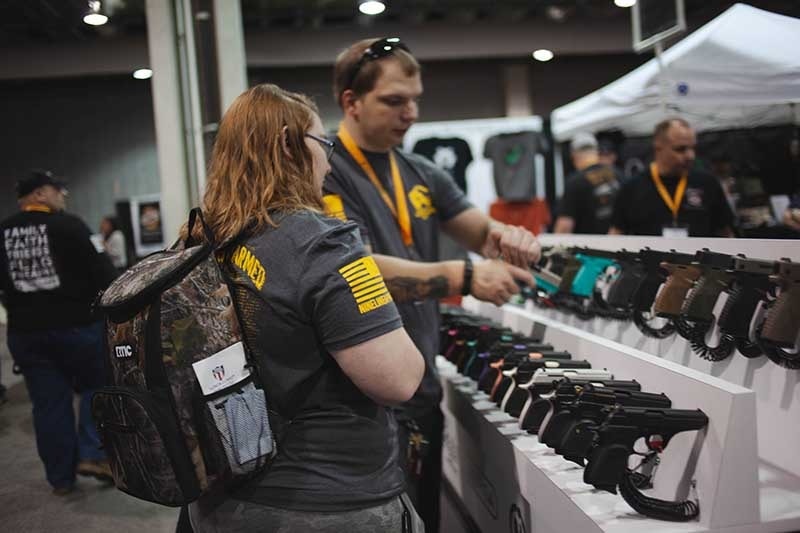 A couple peruses guns at the Expo. (Photo: Jacki Billings/Guns.com)