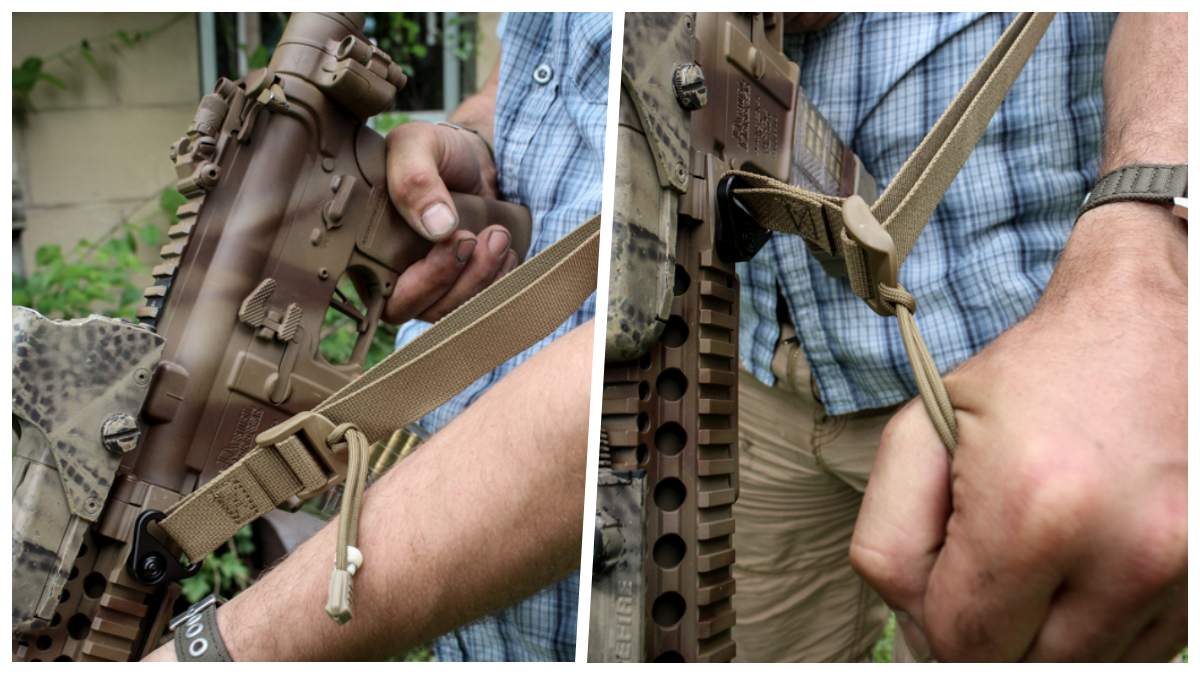 The MFQD system swivel is made of billet aluminum with stainless steel bearings while its triangular shape follows the profile of the weapon. (Photos: SOB Tactical)

Sheriff of Baghdad Tactical this week debuted a new addition to the B-Sling line in the form of the MFQD— Movement Free Quick Detach– swivel system. What sets the MFQD apart from the rest of the quick detach tactical sling crowd is that it does away with the standard failure-prone swivel in favor of a single solid-body attachment made of 7075 T6 aluminum. Inside are tempered stainless steel bearings and release spring. The result, as noted by SOB, is a more durable system that suffers from fewer weapon shifts and sags when the firearm is released. As a bonus, the low-profile triangular shape of the swivel is less prone to snags. 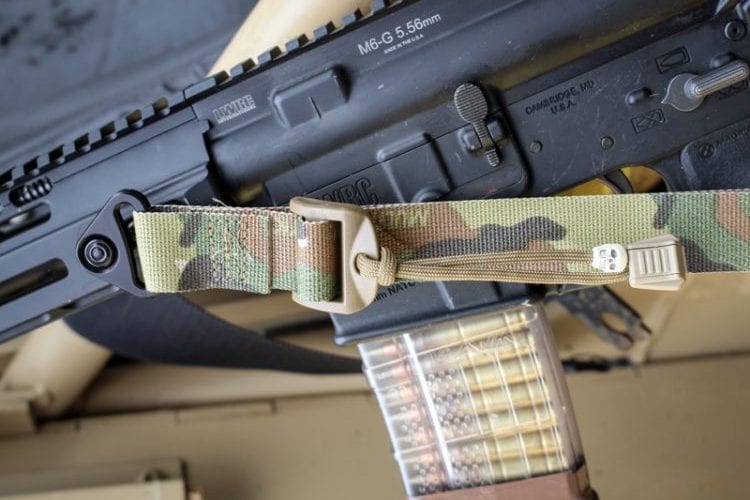 “Our new MFQD is specially designed for combat arms of all types,” says John “Shrek” Mcphee, a retired U.S. Army sergeant major who spent much of his military career in Special Operations. “We developed the smartest solution to the movement challenge of every other QD swivel on the market.”

The MFQD builds on SOB’s standard B-Sling series, which McPhee has been developing for over 20 years.

Currently available in Black, Coyote, Ranger Green, Multicam, and Multicam Black, each sling comes with a color-matched combat band for stowage. All slings are made with Berry Amendment-compliant materials, by Americans who are blind. 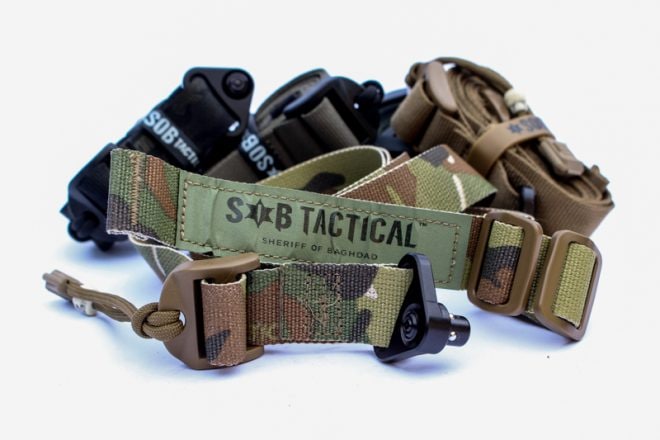