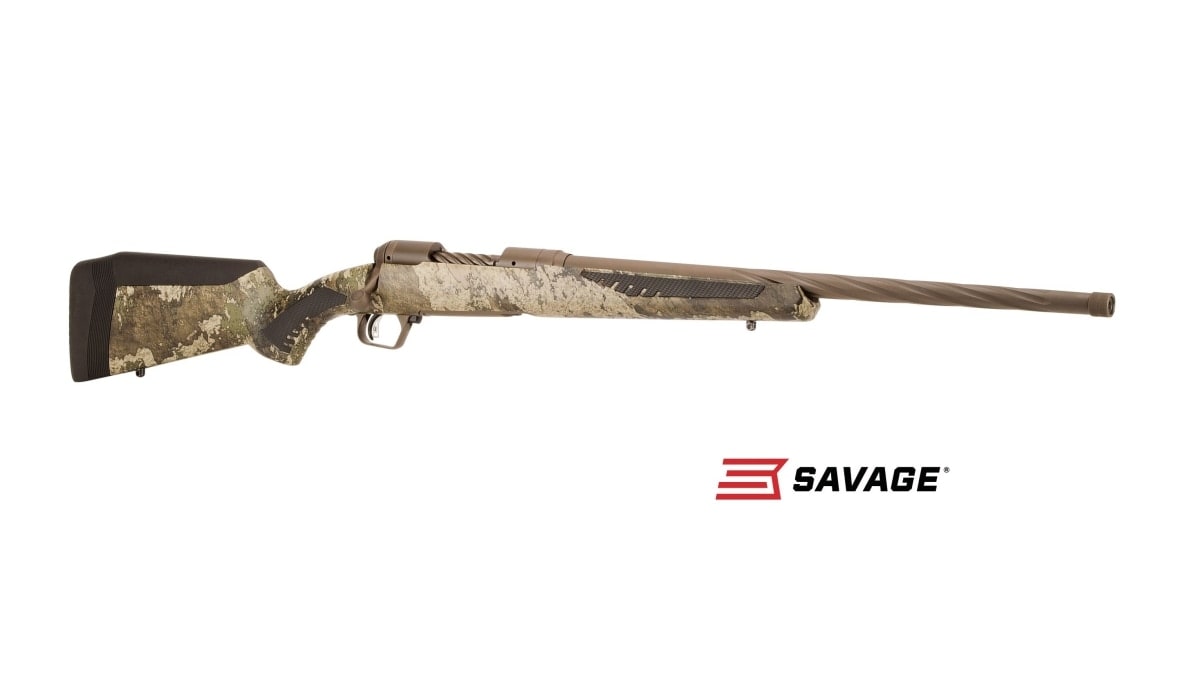 The 110 High Country is built with a spiral-fluted barrel and bolt, as well as the Model 110 action secured three-dimensionally along its entire length within the AccuStock internal chassis. (Photo: Savage)

Teased earlier this year, Savage’s new 110 High Country rifle is billed as being ideal for Western hunting and long-distance shooting.

Offered in no less than 11 centerfire chamberings ranging from .243 Win to .300 WSM including the increasingly sought after 6.5 PRC and 6.5 Creedmoor, the High Country is an update of Savage’s standard 110-pattern bolt gun. Pitched to give sportsmen West of the Mississippi the “precision and power to take the biggest bulls and the longest shots,” the rifle uses a stainless steel barreled action with coyote brown PVD coating mated to a TrueTimber Strata synthetic stock with overmolded surfaces.

The High Country comes with lots of user-friendly extras for the shooter to semi-customize their gun without going aftermarket. This includes Savage’s AccuFit system for adjusting the stock’s comb height and length-of-pull as well as the company’s AccuTrigger. Barrel length varies from 22- to 24-inches with magnums and the 6.5 PRC setting up camp at the longer end of that tape as they also sport muzzle brakes with a taper lock interface. Weight is about 8-pounds.

Other features include a spiral-fluted barrel and bolt, threaded muzzles, and a receiver that is drilled and tapped for optics. The bottom metal supports a detachable box magazine.

MSRP across the board is $1,129 (although we bring that way down and out of the four-figure range) and you can expect a review in coming days on this interesting new rifle.