The fully ambi Bren 2 Ms has a modular forend, hence the “M” designation, and is a clean-sheet design compared to the original Bren 2. It is, however, still a short-stroke gas piston gun. (Photos: CZ)

Using an aluminum receiver and a carbon fiber-reinforced polymer lower, the pistol is a lot less beefy than CZ’s 805 Bren line it replaces but still has a weight that runs in the 5~pound range with slight variances from 5.4- to 5.86-pounds depending on caliber and barrel length.

Continuing a rundown of the specs, overall length varies from 19.9- to 25.8-inches depending on variant. 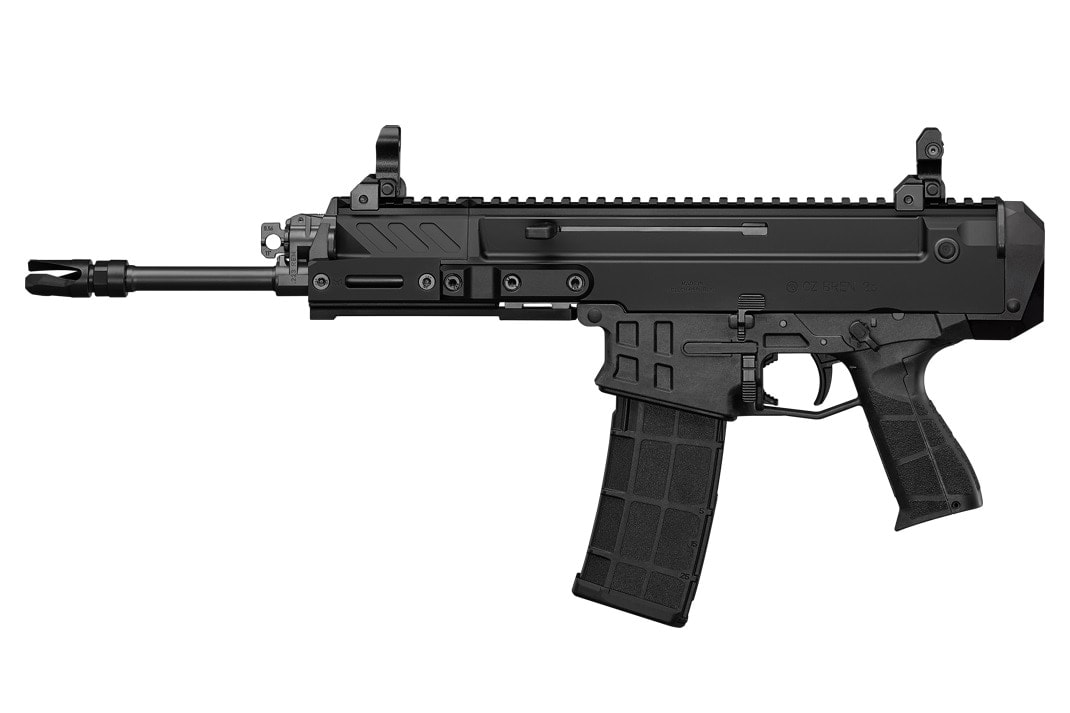 Each pistol comes standard with a single 30-round magazine– AR-15 style for the .223 variants– and feature an ambi magazine release and safety. The charging handle is swappable from left to right and doubles as a forward assist.

For those who want to add a brace, the Bren 2 Ms has a flush rear plate that can accept an AR-style buffer tube for a pistol stabilizing device. The same plate, with tax stamp and an ATF green light, can accept a carbine buffer tube and stock should the owner want to go the SBR route. Alternatively, a factory folding/adjustable stock can be fitted with the proper paperwork and U.S.-compliant parts.

MSRP is $1,799 across the line, which means these intermediate caliber pistols aren’t going to replace the Draco and PAP M85/92 market any time soon, but then again, those aren’t CZs.