From the Guns.com Vault: Deals on the Sig Sauer P229 (PHOTOS) 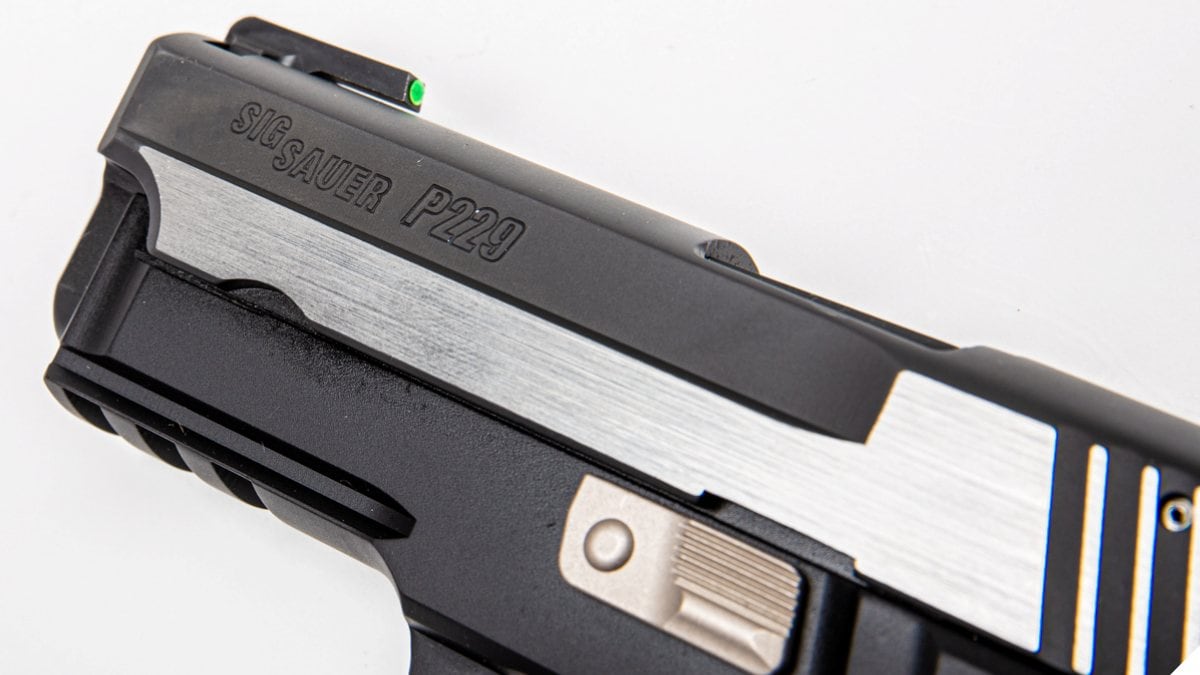 The Sig Sauer P229 has been around for 25 years and is now considered a classic– of which we have several in stock in both new and Certified used condition. (Photo: Richard Taylor/Guns.com)

The double-stack Sig Sauer P229 built on the company’s “Classic Line” of pistols and has proven to be a crowd pleaser ever since it was introduced. First introduced in 1994, the P229 was a more compact design when compared to Sig’s full-sized P226, sporting a 3.9-inch barrel in lieu of the larger pistol’s 4.4-inch pipe.

While the half-inch doesn’t sound like much, the gun also shrank in height and lost a few ounces, providing an all-metal hammer-fired gun offered in a range of calibers to include 9mm, .40S&W and .357 SIG that was a hair smaller — though slightly heavier — than the striker-fired polymer-framed Glock 19. 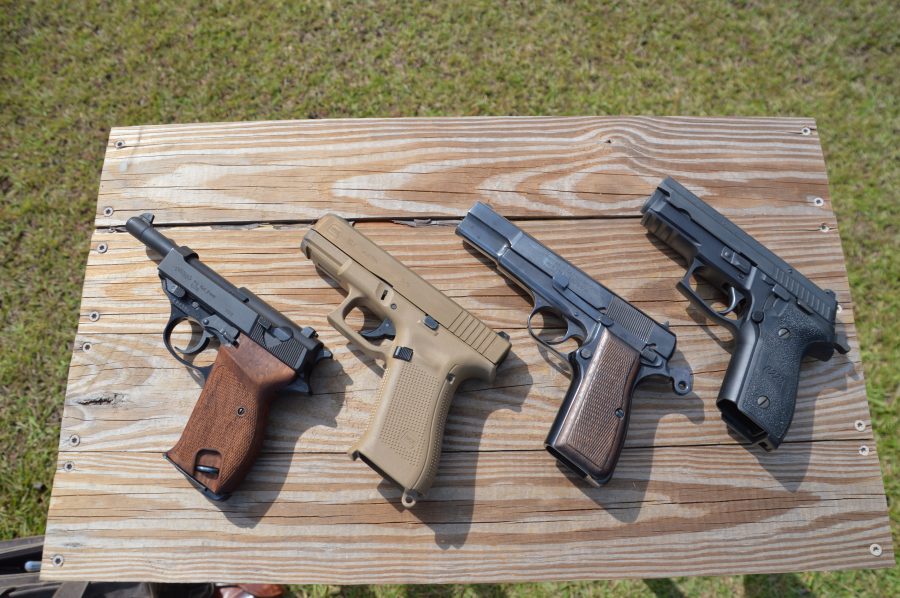 The P229 was soon a hit with law enforcement. By 2004, it had been adopted by the U.S. Coast Guard as their standard sidearm for boarding and security duties after a testing process that examined 46 different handgun models over the course of 3 million rounds fired. Other branches of the Department of Homeland Security likewise selected the gun, such as the Secret Service, while the U.S. Navy chose the P229 for their NCIS agents.

This wide-spread adoption, in turn, saw Sig’s mid-sized double-stack in the hands of Hollywood tough guys ranging from Gerald Butler and Liam Neeson to Brad Pitt and John Travolta. On the small screen, it was the go-to for fictional Agent Jack Bauer.

Today, 25 years after it was announced, the gun is still in steady production and we have plenty of new models on tap ready to ship for prices that start at $929. Better yet, we have Guns.com Certified pre-owned P229s bargain priced for as low as $525.

Here are a few “pre-loved” deals: 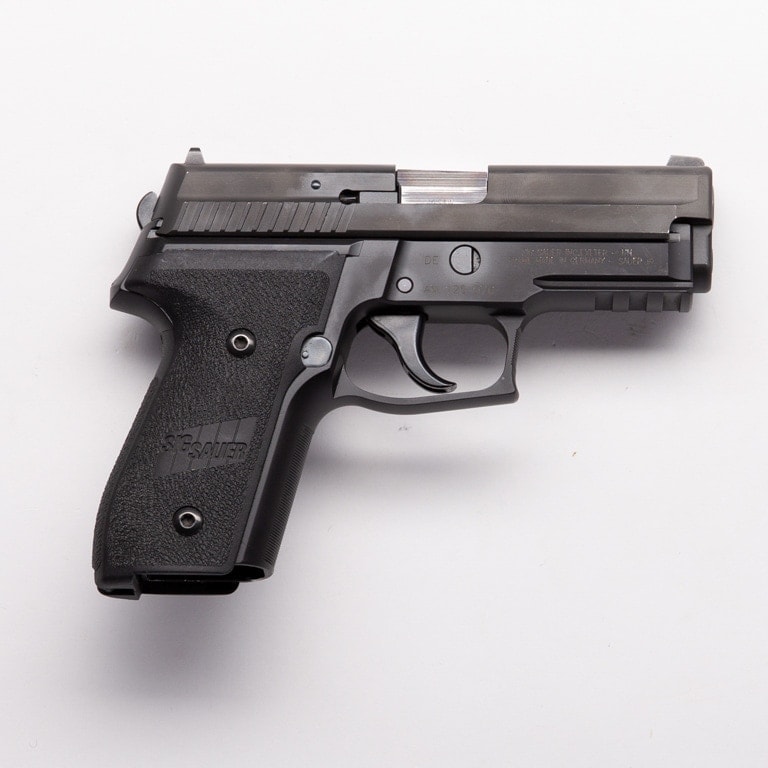 Using the Double Action Kellerman, or DAK trigger system, this .40S&W model provides what Sig billed as a consistent trigger pull that was not as heavy as a DAO gun. 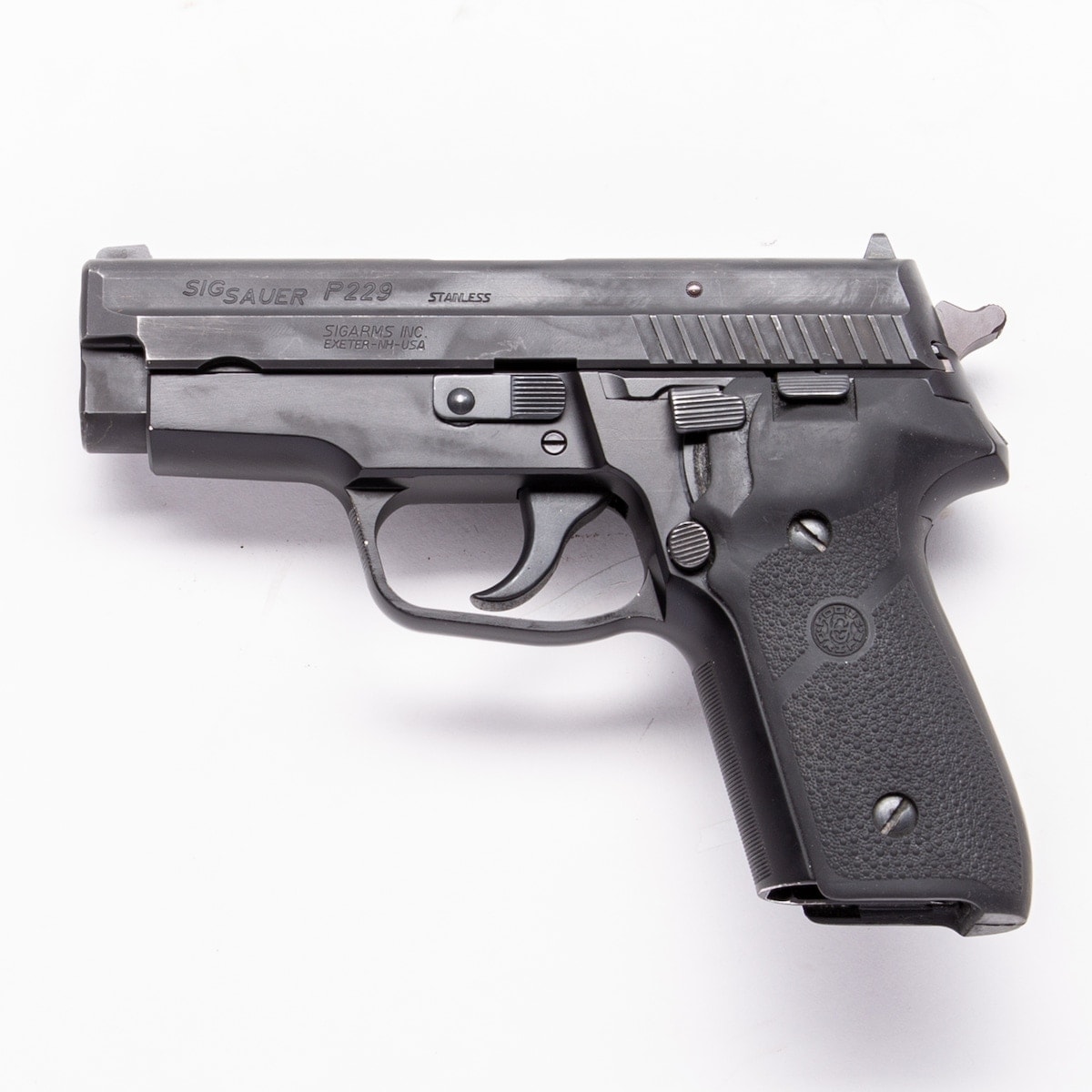 This old-school early P229 does not include the accessory rail, which became standard in 2004. Many prefer these for use as carry guns as they have a more “melted” appearance. 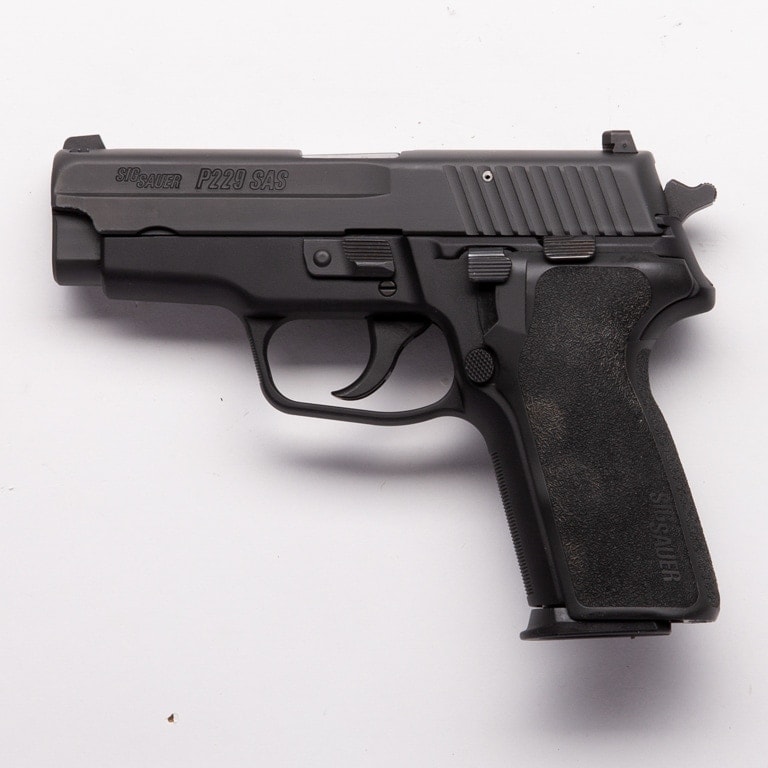 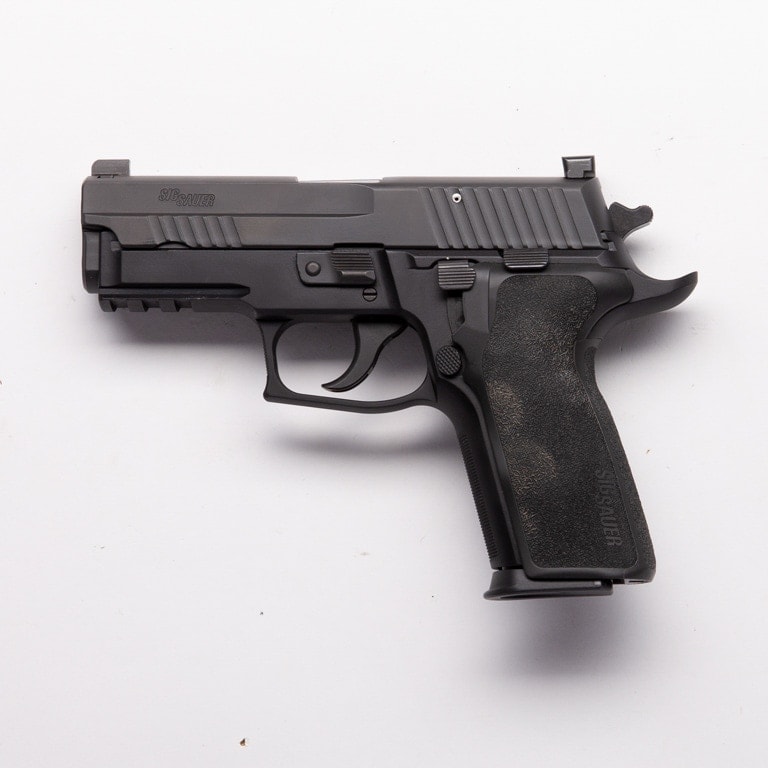 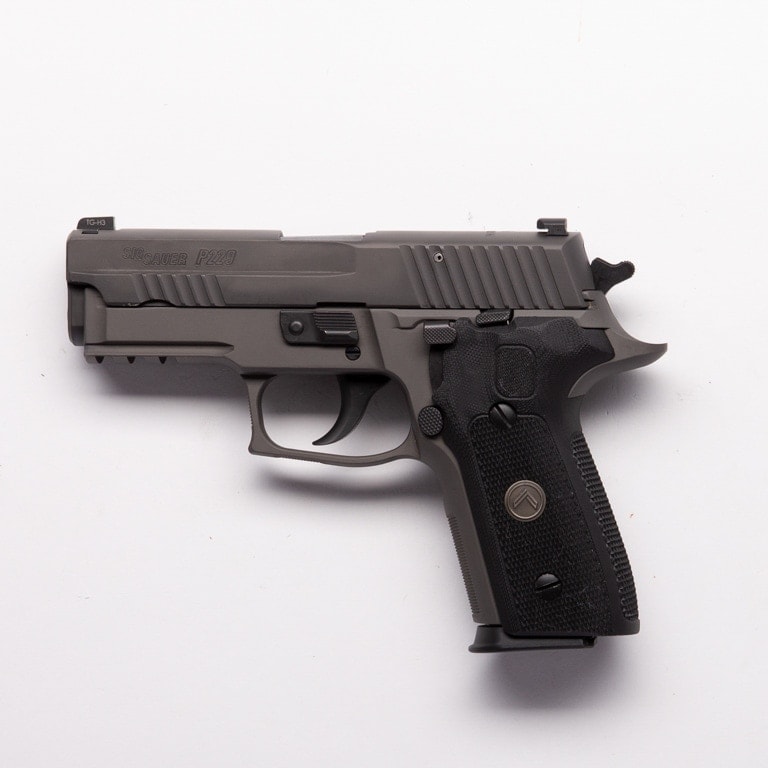 We even have some very distinctive Legion series P229s, with X-RAY3 three-dot tritium sights and their Legion Gray PVD finish 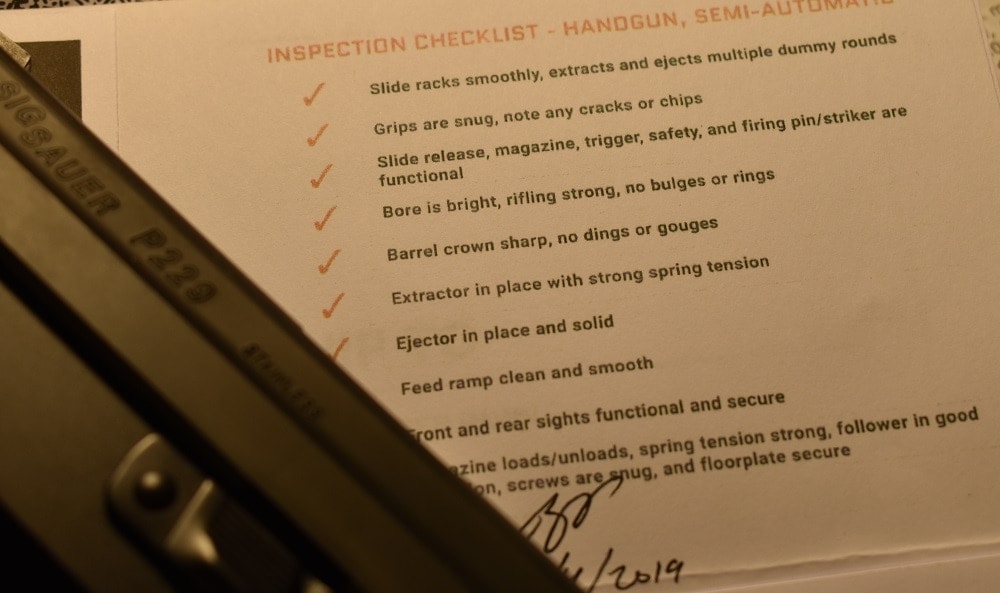