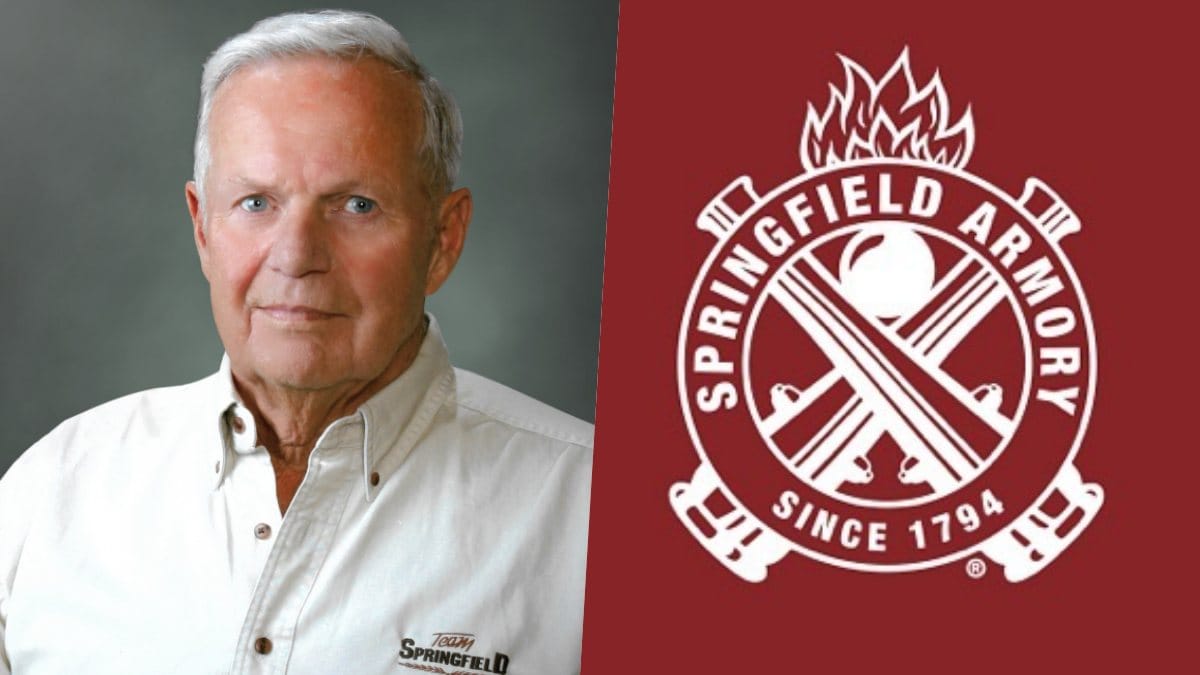 Reese was a life-long firearms enthusiast who became junior trap shooting champion as a teen and went on to start his own gun company in 1974. (Photos: Springfield Armory, Inc)

Reese, who was born in 1931 in Moline, Illinois, became junior North American trap shooting champion at age 17 and went on to serve in the U.S. Army National Guard in the 1950s. After leaving the military, he settled down and becoming a farmer, agriculture equipment salesman and dealer of Army surplus with a store in Geneseo.

In 1974, Reese acquired the Springfield Armory name from Texas gun maker Elmer C. Ballance and shifted operations to the Land of Lincoln where they greatly expanded and continue today.

The iconic brand stems from the federal Springfield Armory arsenal established in Massachusetts in 1794. That facility, which designed and produced legendary rifles including the M1903, M1 Garand and M14, was shuttered by the military in 1968 due to budget cuts.

Robert, his wife, Carol, and their son, Dennis were the first employees of the “new” Springfield Armory. Reese’s M1A, a semi-automatic rifle patterned after the U.S. M14, put the company on the map and is still in steady production 45 years later. SA’s commercial line spread to include, at various times, M1 Garands, M6 Scout rifles and M1 Carbines as well as imported Mauser 98, HK91 and semi-auto FAL variants.

Breaking into handguns, Springfield Armory has long been a household name in the 1911 world and has imported increasingly popular XD series pistols from Croatia. In the past, the company also imported CZ-75s from the Czech Republic, which were dubbed the Springfield Armory P9, as well as German-made Omega 1911s.

Reese is survived by his wife, three sons and daughters-in-law, seven grandchildren and their spouses, and two great-grandchildren.

Memorials may be made to the VFW or the Alzheimer’s Foundation of America (AFA).