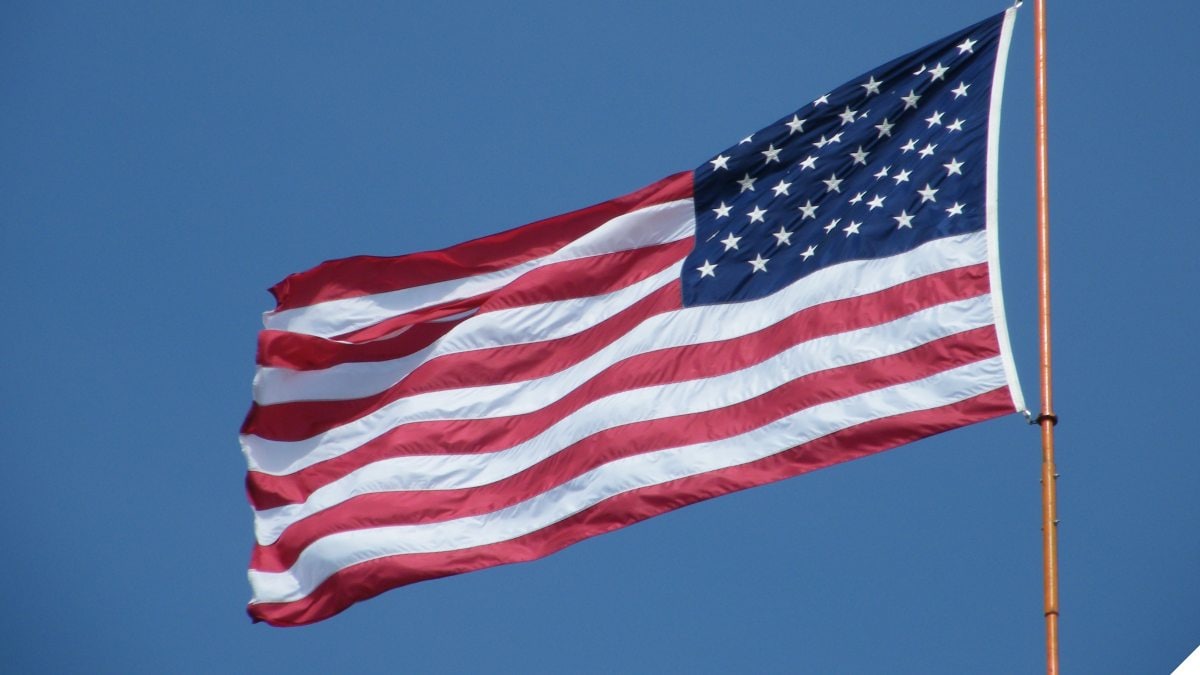 America’s Freedom is rooted in firearms history and a number of domestic designs today carry on the “Spirit of 76.” (Photo: Chris Eger/Guns.com)

With Independence Day upon us, there is no better time to look at some of the most classic American firearms of all time, all of which are still in production.

These guns, the functional steel equivalent of Neil Armstrong, Mount Rushmore or the Liberty Bell, have in some cases been around for well over a century and withstood the test of time, marking a place in firearms history that is uniquely red, white, and blue. 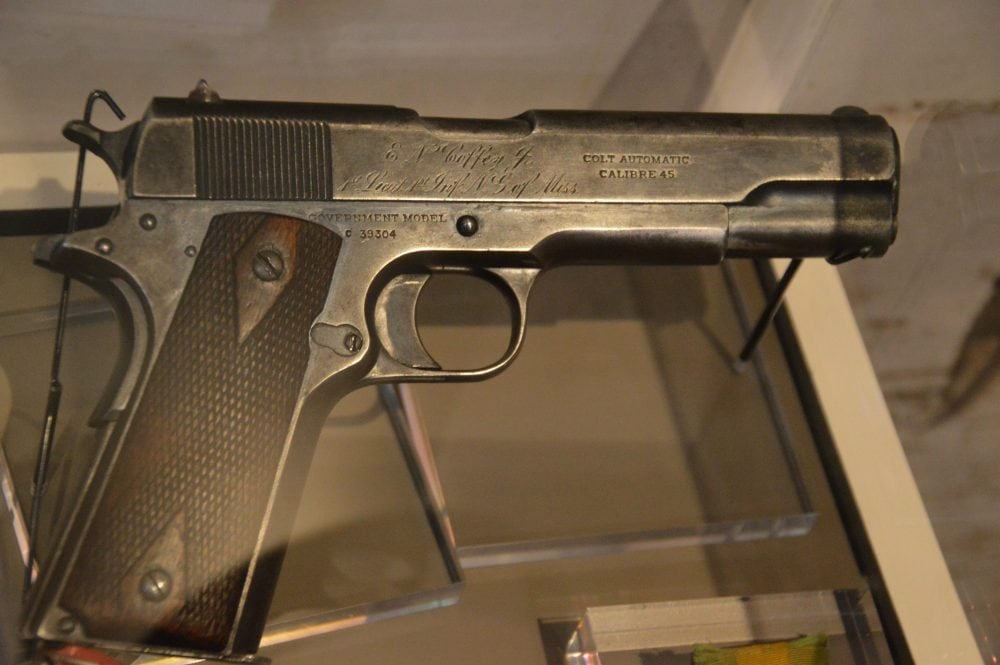 This early Colt-made M1911 came off the lines in 1913 and was carried during the 1916 Punitive Expedition against Mexican rebel leader Pancho Villa. (Photo: Chris Eger/Guns.com)

Springing from the mind of no less a firearms genius than John Moses Browning, his M1911 Government Issue in .45ACP was the end-result of a multi-year effort to give the U.S. Army the best handgun the country could make. Now an icon, the Colt longslide had been copied, emulated, duplicated and minted in numbers that reach into the millions and most American handgun companies produce their own version of it — as well as a number overseas from the Philippines to Germany. 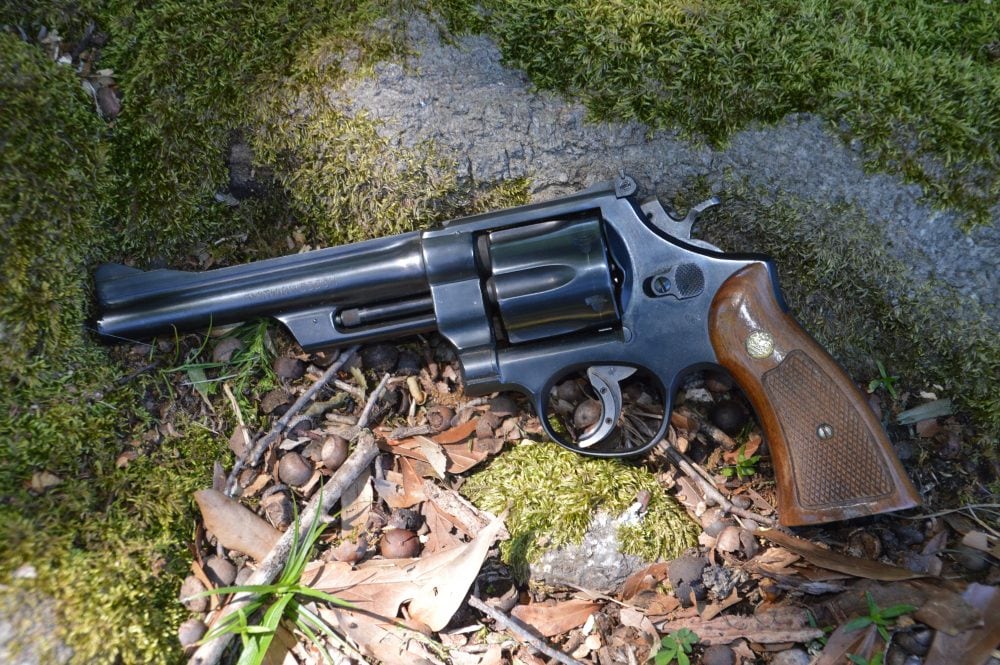 This S&W Model 28 Highway Patrolman N-frame revolver comes from an era where the standard state trooper gun was a large frame .357 and polymer framed pistols were still the stuff of Sci-Fi. (Photo: Chris Eger/Guns.com)

While Big Blue started cranking out wheel guns recognizable today as their medium-sized K-frames in the form of their Hand Ejector Model of 1899, Smith & Wesson went on to craft its beefier large-frame brother just a few years later with the Triple Lock of 1908. This big .44 Special led to the M1917, a .45ACP revolver used by the thousands in World War I, as well as the later Models 27, 28 and 29 which equipped generations of lawmen in .357 and .44 Magnum respectively, to include Inspector “Dirty Harry” Callahan. Renowned for their performance, pro-shooter Jerry Miculek used an N-frame to set a world record for 12 rounds on target in 2.99 seconds– to include a reload. Today’s N-frames are exemplified by the S&W Model 627. 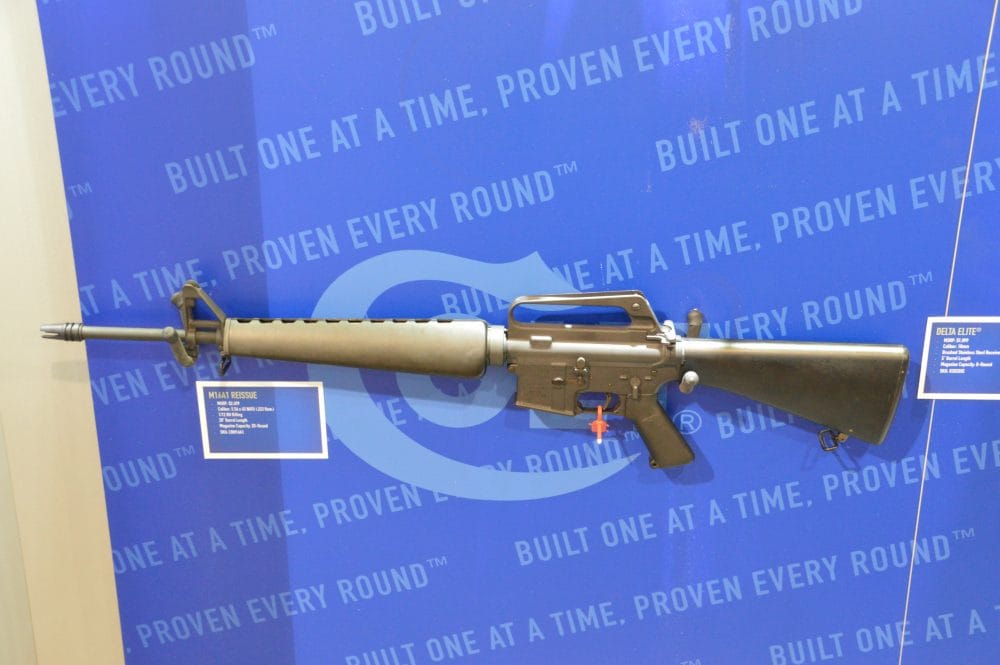 Colt has been in the AR biz since 1959 and continues to make both “throwback” and improved versions of this 5.56/.223 caliber rifle (Photo: Chris Eger/Guns.com)

Often called “America’s rifle,” the AR-15 originated with Eugene Stoner at ArmaLite in 1956 and is largely regarded as one of the first commercially available modern sporting rifles. Colt acquired the patents in 1959 and the rifle has gone on to carve out a spot in gun cabinets, racks, and safes from coast to coast. Since the 1970s, other manufacturers have jumped on the AR bandwagon and today it is tough to find an American gun maker that is not producing an AR-15 variant. This ranges from big-name companies such as Remington and Ruger to more niche makers like Daniel Defense and Windham Weaponry who count ARs as their staple product. 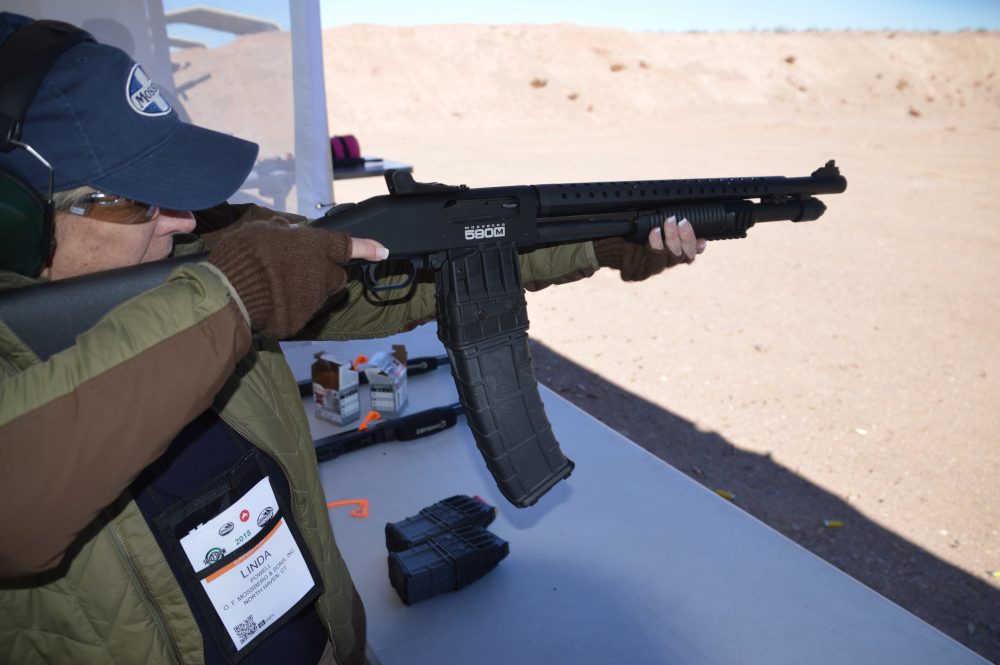 This Mossberg 590M, with a detachable box magazine, is just a continuation of the vaunted 500 series that the company has had in continuous production since Eisenhower was in office. (Photo: Chris Eger/Guns.com)

O.F. Mossberg & Sons are currently celebrating their 100th year in American firearm making and, odds are, if you ask someone to name a Mossberg they are going to come back with a Model 500 shotgun of some sort– and likely have either used one in the past at some point. A design that started in the 1960s, the Model 500 pump action became wildly popular not only among sportsmen headed to the field but also with law enforcement, military and for use in home security. Over the years, the line has expanded to cover various models — including the 505, 510, 535, and 590 — as well as new detachable box magazine-fed shotguns and compact Shockwave NFA-complaint “firearms.” 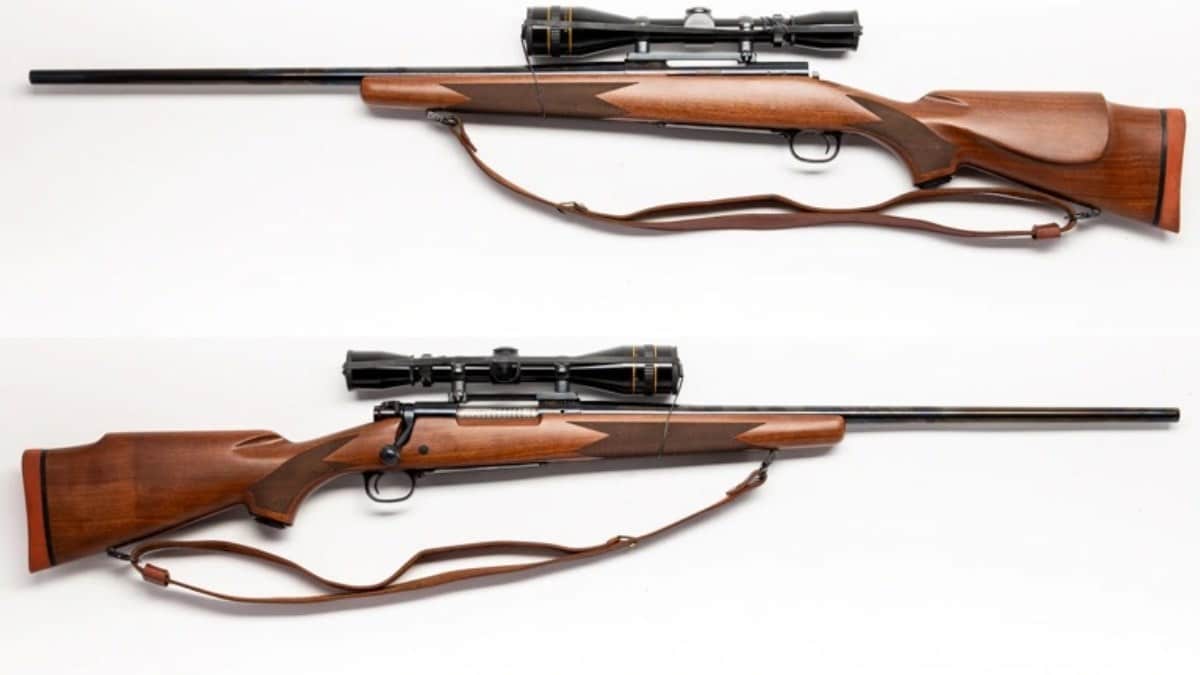 Debuting in 1936 as “The Rifleman’s Rifle,” Winchester’s Model 70 was based on firearms designer Thomas Crosley Johnson’s previous Prohibition-era Model 54 with a few tweaks. Often seen as Winchester’s most memorable centerfire bolt-action rifle, the Model 70 has been manufactured in over 40 factory standard chamberings from the diminutive .22 Hornet varmint cartridge to the 500-grain .470 Capstick magnum safari pill. The accuracy and reliability of the Model 70 were so trusted it was even used by Marine snipers in the early days of Vietnam. Today, Rifleman’s Rifle is still clocking in, with new models available in a wide range of models with classic Monte Carlo walnut stocks or more modern synthetics. 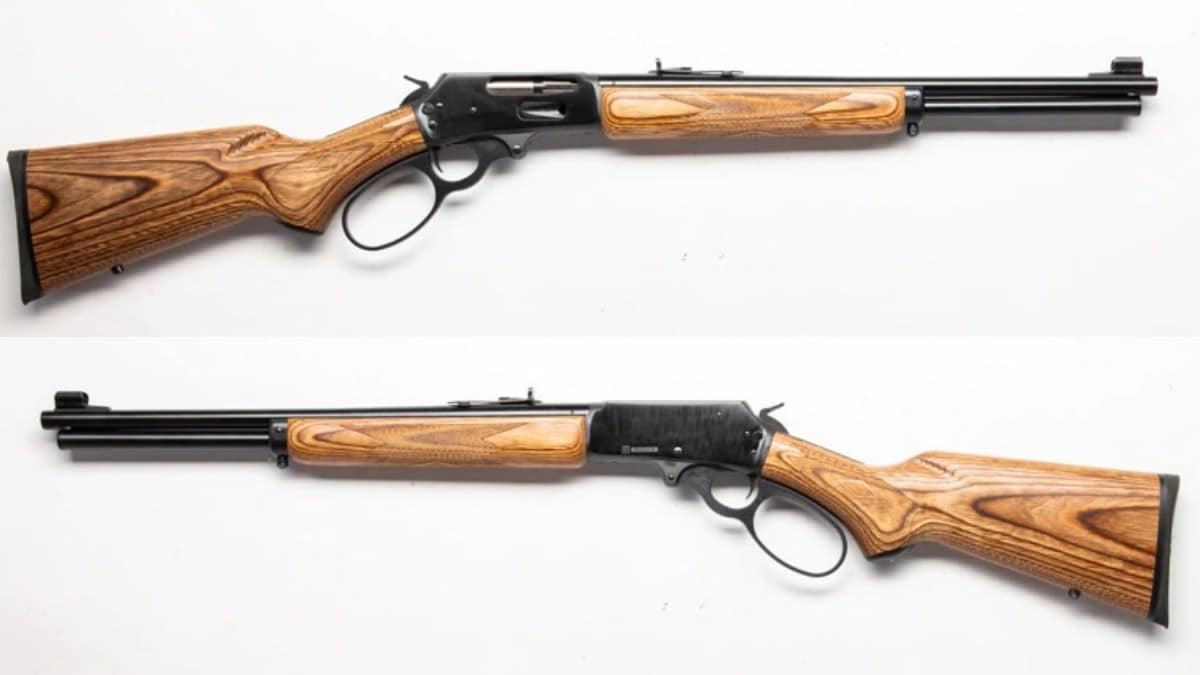 This Marlin 336 Big Loop variant is one of more than a dozen variants of this popular hunting rifle we currently have in the Guns.com Vault with prices starting at the $350 range.

One of the most widely available modern “cowboy guns,” Marlin’s Model 336 first reached the market in the 1940s and has never disappeared. With its solid top and side-ejection format, the handy .30-30 brush gun has been a go-to for entire generations of deer hunters. Manufactured today in several traditional and new Dark models, the latter of which can accept muzzle devices and suppressors right out of the box, odds are the last hunter to carry a 336 into the woods won’t be born for decades. 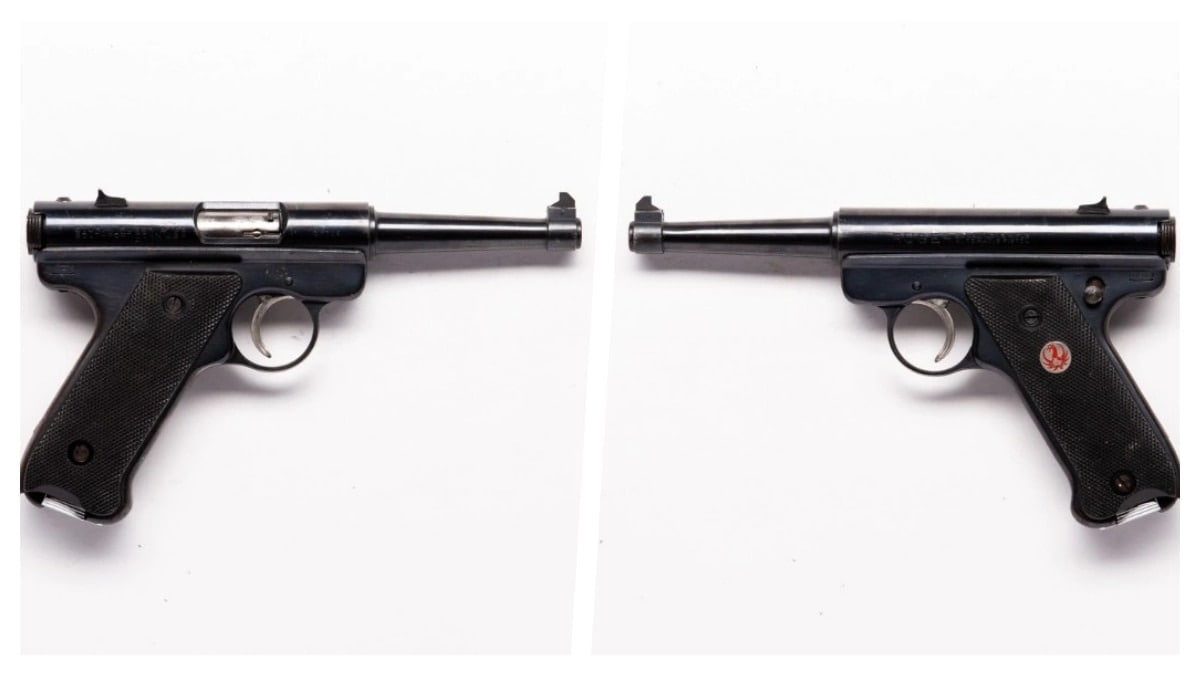 This old school Mark I currently available in the Guns.com Vault represents the first generation of Ruger firearms and today’s Mark IV carries its lineage.

Launching a firearms empire, Bill Ruger’s Standard Mark I, a simple .22LR blowback action pistol he originally designed in his garage, dates to the days where gas was 17 cents a gallon and was born the same year as Bruce Springsteen and John Belushi. How can a rimfire pistol be more illustrious? The same hallmarks that made the Mark I wildly popular continues to keep original guns as highly sought-after collectibles while its newer Mark II, III, and IV descendants, which owe much of their design to their 1940s grandpa, are keeping the plinking flame alive for a new generation.

For more, check out these and similar modern classics in the Guns.com Vault and collection of Certified Used Guns.