Shooting at extended ranges has been the fastest growing trend in hunting, with high-dollar rifles and flatter-shooting calibers getting hyped faster than keys can pound out the news. As the dust settles, though, love them or hate them, long range calibers and the rifles that drive them are dominating the hunting market share. Until now, however, lever actions were left in the dust.

Henry began changing that mindset with the introduction of their Long Ranger rifles in .223, .243, and .308 several years back. Right from the get-go, though, distance hunters begged for one thing — a 6.5 Creedmoor chambering. Henry Repeating Arms has an outstanding track record of listening to their customers, so here we are, with a can full of premium ammunition and brand new rifle ready to find out how the hottest Long Ranger performs.

Shake Hands with the Henry Long Ranger in 6.5 Creedmoor

Like the Long Rangers that came before, the Creedmoor version is built with an aerospace alloy receiver, forged steel lever, rack-and-pinion lever action, and six-lug rotary bolt lockup. The rifles are drilled and tapped for quick optics mounting.  While we can’t imagine not utilizing a scope on the Long Ranger with the company’s Skinner bases, they do offer a model with iron sights, because, well, a backup is never a bad thing.

A flush-fitting, steel-built dropbox magazine holds four rounds of the larger calibers and drops free from the rifle when the side button is depressed. Oil-finished American Walnut stocks features are dull enough not to call undue attention in the field, much like the matte-blued finish on all metalwork.  This gun is, first and foremost, a hunting rifle. Laser-cut checkering wraps around the stocks for ample grip in the field, while sling swivel studs allow for shouldered carry. While the Creedmoor is not a notoriously hard recoiler, the Long Ranger is topped with a dense rubber recoil pad. 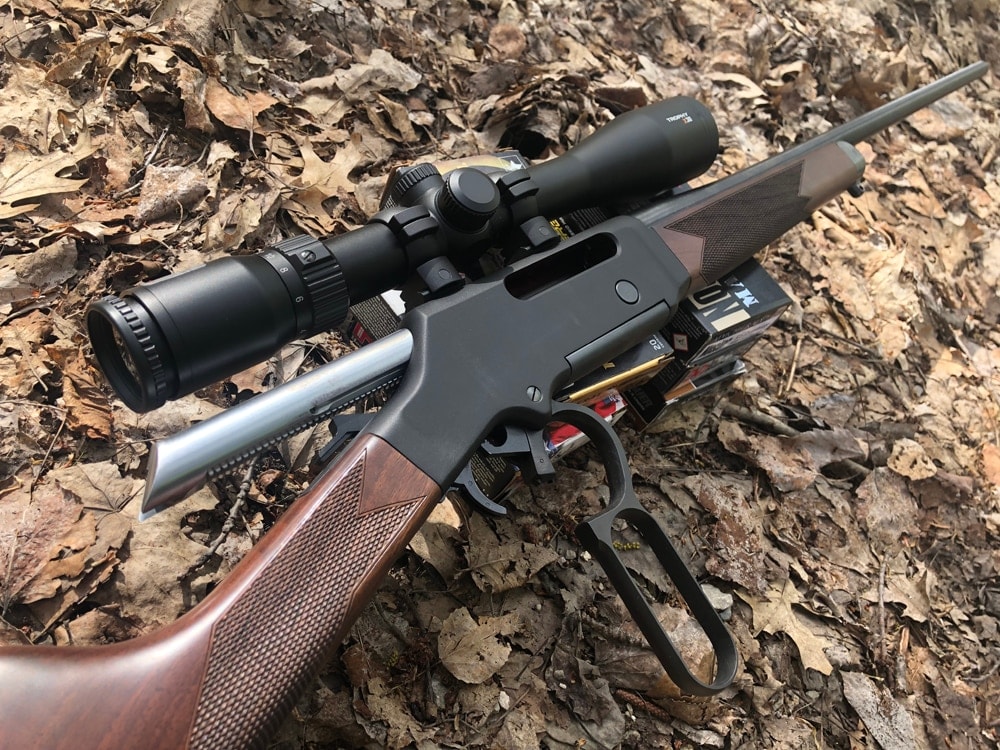 The Long Ranger makes use of a dropbox magazine, built of steel, and holds four rounds of 6.5 Creedmoor. When fitted with a good scope like this Bushnell Trophy X30, the rifle is a serious hunting companion. (Photo: Kristin Alberts/Guns.com)

What we’re most pleased to see on the Creedmoor Long Ranger is an upgrade from the 20-inch barrel found on earlier iterations to a 22-inch round, free-floated Sporter weight barrel. For comparison, all other Long Ranger calibers use 20-inch barrels.  While even that 22-inch tube is shorter than the 24- or even 26-inches found on many of the top-dollar, stretch-the-limits-of-range bolt actions, only time on the range will prove how the new Henry performs.

All the Long Ranger centerfires are made in Henry’s Rice Lake, Wisconsin plant and carry the company’s “Made in American-or-Not-Made-at-All” guarantee. Regardless of caliber choice, MSRP on the Long Ranger family of rifles is $1,066. Those hunters who like iron sights will want to opt for the Sighted version, which retails at the same amount, but then does not include the scope bases. 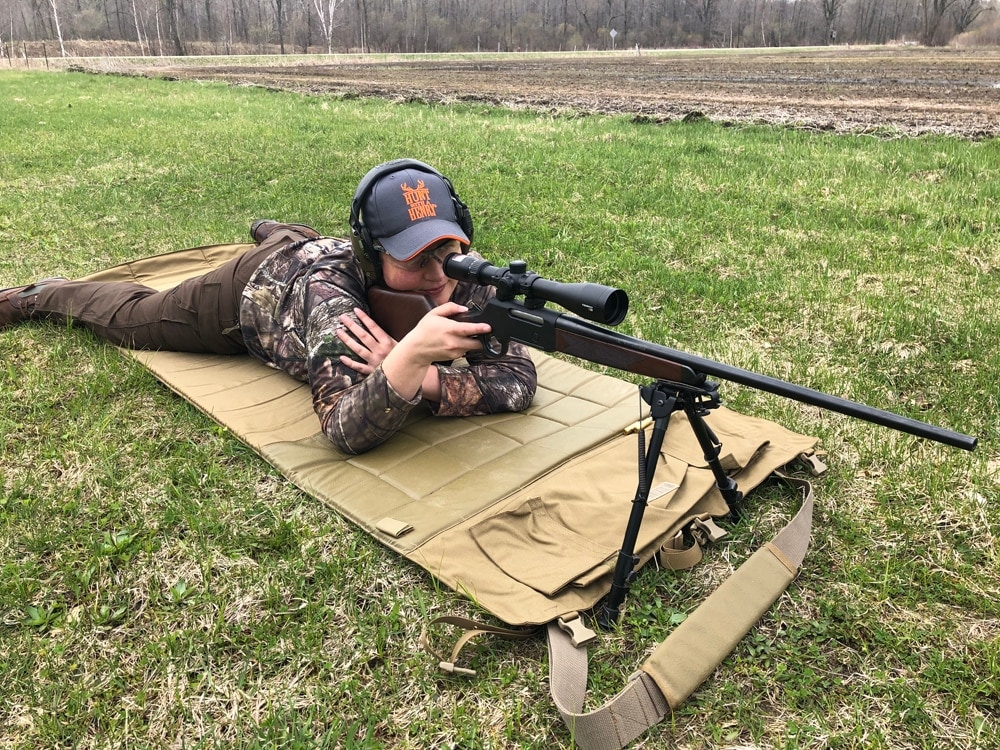 Though Henry offers no overt MOA guarantee, we found hundred-yard groups from both a bench rest and prone to be exceptional, and worth advertising. With consistent MOA three-shot groups from all brands of ammunition, it was the heavier premium bullets that really dug in. Groups from Federal Premium Hybrid Hunter, Hornady Precision Hunter, and Nosler Match Grade all shot between half and three-quarter-inches at a hundred.

At 200-yards, those same groups opened up slightly, but were still far better than what we expected from a lever action hunting rifle.  Though we were limited to only 300-yards for testing purposes, we would feel completely confident placing a cold bore shot in the vitals of a whitetail at that distance from a rest.   The 1-in-8-inch twist rate seemed to stabilize the full range of bullets, from 95 To 143- grains, though the heavier bullets held better groups at distance.

While a lever action does not lend itself as naturally to bench and prone shooting as does a bolt, with a little practice, shooters will quickly find the Long Ranger a well-balanced, smooth-operating piece of American equipment. Just as lever guns have never been regarded as beanfield hunting rifles, neither have they ever been associated with superior triggers. 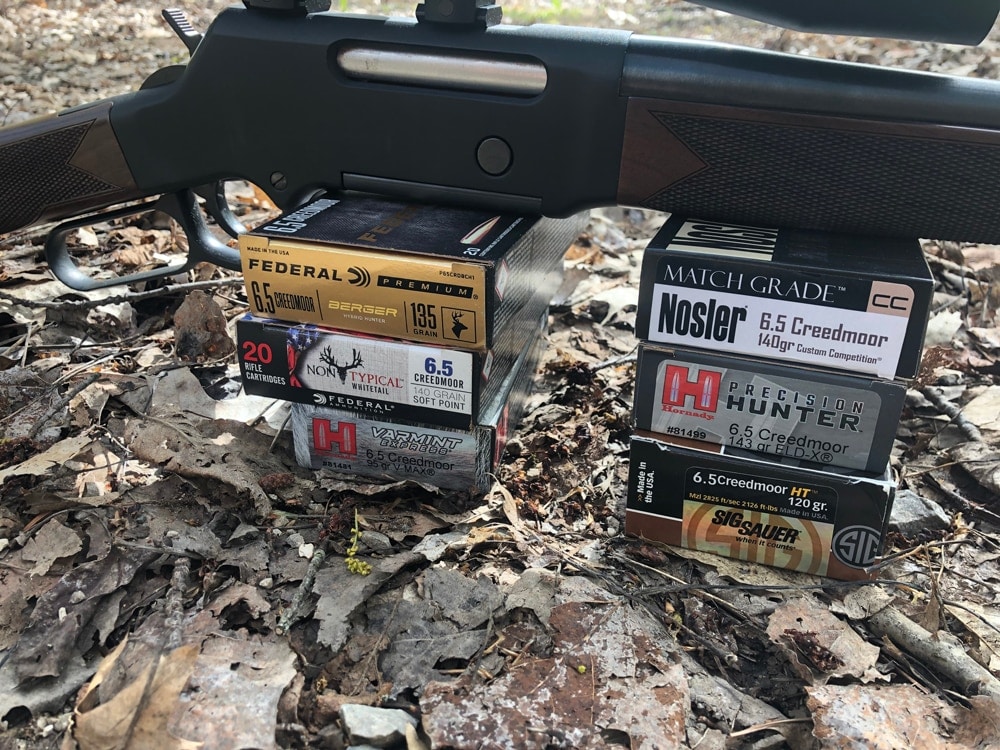 There’s no shortage of premium 6.5 Creedmoor ammunition on the market, and the Long Ranger seemed to like them all. Function was 100 percent, as expected. (Photo: Kristin Alberts/Guns.com)

While the new Long Ranger practically begs to be taken to shoot a whitetail in the far corner of the soybean field, its trigger is the weakest link. While we were able to shoot accurately out to our 300-yard maximum allowed range, the test rifle’s trigger broke with some degree of variance between 6.25-7 pounds on a Lyman digital pull gauge.  While this was one of our least favorite aspects of the Long Ranger, it is important to note that Henry Repeating Arms is aware they’re not producing a match-grade, light-pulling trigger, and in fact consider this weightier pull more appropriate for a hunting rifle intended to be carried afield.

It goes without saying that Henry’s lever actions are some of the most dependable rifles on the market, so as expected, our Long Ranger ran through all types of ammunition with 100 percent reliability. The sporter barrel is lighter than many in its class, and while it likely would heat more quickly than say, a heavier fluted barrel, that will neither matter nor be missed in hunting scenarios.

The Long Ranger forgoes the addition of a manual safety, which is just fine with us, and opts instead for a sliding transfer bar safety.  The gun can safely be carried with the hammer lowered on a loaded chamber, with hunters simply cocking the hammer—which runs quite silently—just prior to taking the shot. A less-noticed trigger lock is actually a small detent at the rear of the trigger requiring that the action be fully closed and the lever depressing the detent in order for the rifle to fire, thereby eliminating the chance of accidental fire until the action is secure as well as the hammer cocked.

Though the magazine fits loosely when empty, a loaded magazine locks up snug with no hint of rattle.  Further, the magazine is one of the easiest to load on the market and locks up with a barely audible click. 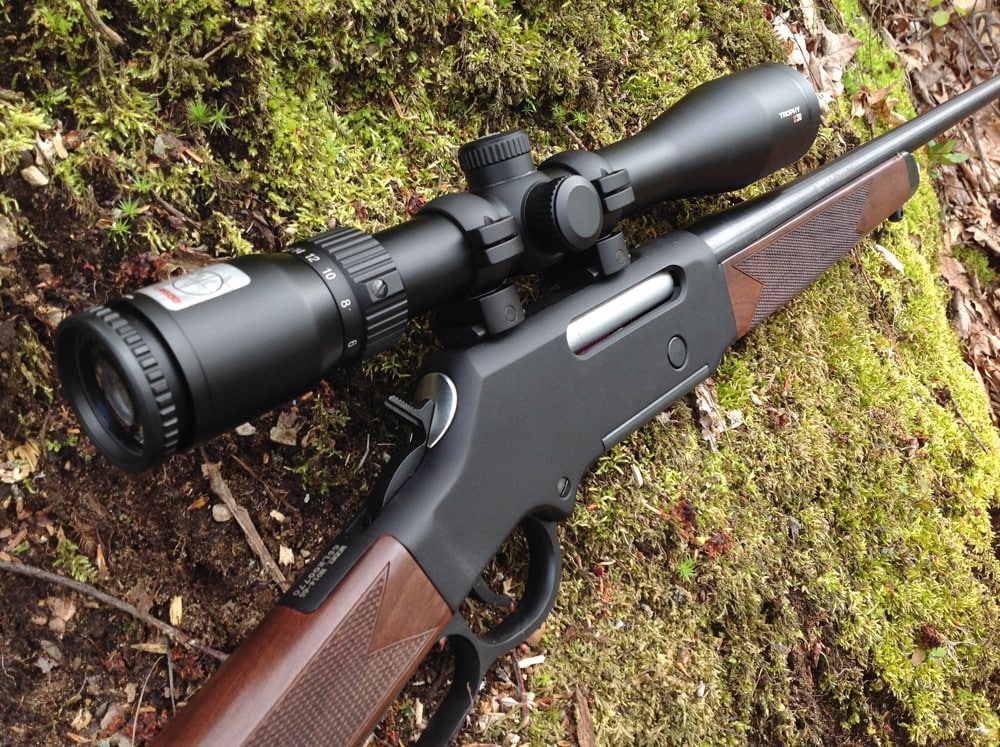 The Long Rangers, whether bare or with iron sights, are drilled and tapped for easy scope mounting. Who wouldn’t want a scope on a 6.5 Creedmoor? (Photo: Kristin Alberts/Guns.com)

Weighing in at 7 pounds bare, the Long Ranger is one of the lighter, distance-marketed hunting rifles out there, making it instantly interesting for the mobile hunter. Adding our Bushnell Trophy X30 optic with its 30mm tube, Weaver rings, and with a loaded magazine, that weight reaches eight pounds. The added heft is always a boon in recoil reduction, though the solid rubber recoil pad helps negate the already-innocuous rap of the Creedmoor.

We were pleased to see Henry include a set of Skinner Sights bases for the rifle, another great American-made product. Shooters who opt for the iron-sighted Long Ranger, however, will sacrifice inclusion of the Skinner mounts in trade for the irons.  Speaking of sighting systems, the included hammer extension is also a welcome addition for easy cocking with a scope in place.

What else can a hunter wish for? Not much really, though some shooters would welcome a 24-inch barrel or even a threaded muzzle for suppressed hunting.  But as far as innovation and capability go, Henry has a winner with the Long Ranger, sitting proud in the saddle.

While it seems a bit of an anomaly to chamber a throwback lever action rifle in a hyped modern round, the Long Ranger and 6.5 Creedmoor go together like gunpowder and lead. While the Long Ranger may not appeal to all hunters and shooters, those who see fit to throw the lever on a 6.5 Creedmoor will find an ideal blend of old and new, a rifle that looks the part of days gone by but puts down game at ranges of which the cowboys never even dreamed.