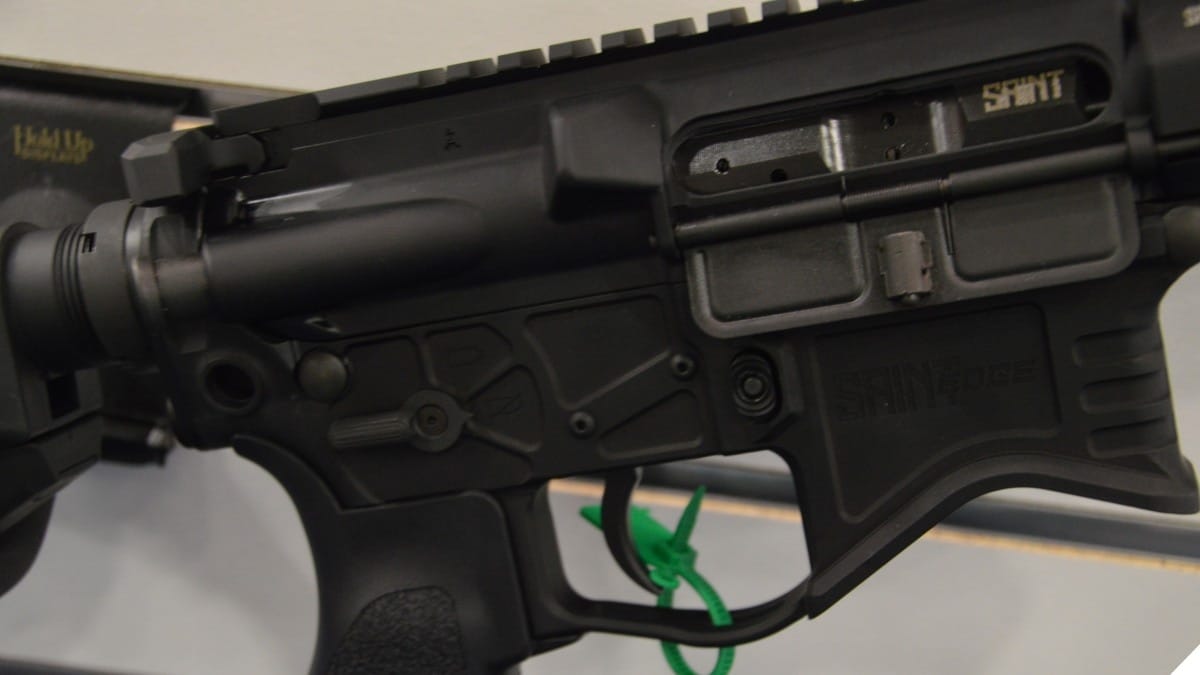 Last month, Eric Swalwell announced his aggressive plan to ban and “buy back” many semi-automatic firearms in the country if elected President next year. This month he hung up his White House plans (Photo: Chris Eger/Guns.com)

Polling low among the pack of Democratic 2020 Presidential hopefuls, Eric Swalwell dropped out of the race just weeks after announcing an aggressive gun control plan.

On Monday, the San Fransico-area Congressman threw in the towel on his campaign, becoming the first candidate in the crowded Democratic presidential primary to end his bid for the White House. With two-dozen fellow Dems crowding Swalwell out of the limelight, and poll numbers hovering in the bottom of his peers, the California progressive said this week that he could, “no longer see a path forward to the nomination.”

However, Swalwell did go on to say that he has won a victory of sorts in the respect that “at the debate, three top-tier candidates embraced my idea to ban and buy back every single assault weapon in America.”

Just three weeks ago, in front of the headquarters of the National Rifle Association in Virginia, Swalwell debuted his “National Framework to End Gun Violence” to a small crowd.

The 65-point, 3,100-word plan was wide in scope. His proposals included a “ban-and-buy-back” on many types of semi-automatic firearms as well as adding layers of additional red tape to gun and ammunition manufacturers and retailers. It also would have required lawful gun owners to be licensed, registered with the government, and seek additional training under threat of prosecution.

At the time, national gun control organizations including Everytown applauded Swalwell’s proposal, with John Feinblatt, the Bloomberg-supported group saying, “Rep. Swalwell’s new gun safety platform is the latest evidence that preventing gun violence will be a key issue in the 2020 campaign.”

Nonetheless, in the month following his gun plan and performance at the first Democratic debates, Swalwell dropped even lower than his previous 19th place rankings in the polls, putting him in danger of being excluded altogether from the second set of debates.

With Swalwell absent moving forward, fellow Dems with an eye on the White House next year thanked him for his anti-gun talking points and many vowed to carry on with his message. These included Massachusetts U.S. Sen. Elizabeth Warren, New York U.S. Sen. Amy Klobuchar, New Jersey U.S. Sen. Cory Booker, and California U.S. Sen. Kamala Harris, who are all currently polling nationally in the top 10 for their party’s nomination.

Thank you @EricSwalwell for your commitment to making gun reform front and center in this election. Gun violence is a public health crisis, and I’ll keep fighting alongside you for a safer future. The American people are lucky to have you in this fight.

Thanks @ericswalwell for your good work and I know that you will continue to be a national leader to end gun violence, speak truth to power and so much else. https://t.co/rsHWHufiFR

Thank you, @EricSwalwell. Grateful for your public service and your leadership on working to end gun violence in our communities—I look forward to continuing to work together on this urgent issue and more. https://t.co/mWF58A3AaH

.@ericswalwell, you're a great fighter for the people of California. We are a stronger nation because of your work to protect our children and our communities from gun violence.