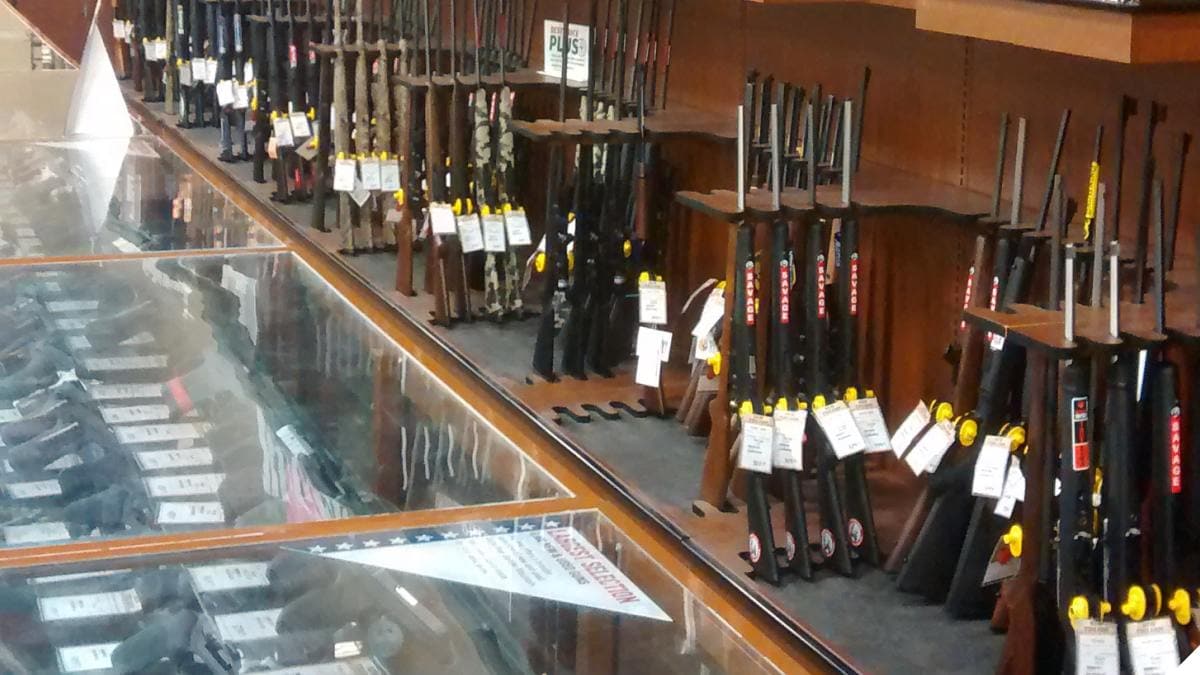 The new law requires gun dealers in the Garden State to carry a “smart gun” model should they become available. (Photo: Chris Eger/Guns.com)

New Jersey Gov. Phil Murphy Tuesday signed a law requiring gun dealers in the state carry so-called “smart guns” in what some say is an effort to create a market for the technology.

New Jersey has had a smart gun law in place since 2002, requiring licensed dealers to only sell handguns with user recognition technology, but it has been in suspension as there are no such firearms on the consumer market. The bill signed this week by Murphy, a Democrat, replaces the dormant law with one that requires gun dealers to carry at least one model in their stores should they become available in the future.

“This legislation gets New Jersey ready for the increased development and availability of childproof handguns,” said Assemblywoman Valerie Vainieri Huttle, D-Bergen, a sponsor of the new bill. “It ensures handgun owners have access to personalized firearm options that would be available in other states.”

The bill, sent to Murphy by the Democrat-controlled state legislature last month, scraps most of New Jersey’s 2002 smart gun law and replaces it with a requirement that the state Attorney General continue to report to the governor and legislature every six months on the commercial availability of the devices in the country. Once the AG approves a production model, every firearms wholesaler and retailer in the state would be obligated to carry at least one example for sale in their inventory within 60 days and have it on display in their salesroom, with visible signage referencing its features.

Second Amendment groups argue the move is a drive to create a market for technology that the average gun buyer isn’t interested in — one recent survey found that just 5 percent of gun owners who knew about smart guns were likely to purchase one.

The Association of New Jersey Rifle and Pistol Clubs is critical of the measure. “The new smart gun law signed by the Governor swaps one legislative mandate for another,” the group said, adding that it’s an “obvious ploy to temporarily roll back the 2002 ban long enough to force an artificial market for the technology, before re-imposing the conventional handgun ban.”

As for the gun industry, trade groups have long had a position that they are not opposed to authorized user recognition technology being applied to a firearm or to the further development of smart guns – if it is not made a requirement by lawmakers. In addition, they argue the tech is immature and prone to failure

“First and foremost, there are significant concerns about the reliability of a smart gun, especially if the battery that powers the technology runs out of power,” said Larry Keane, senior vice president for government and public affairs to the National Shooting Sports Foundation. “In one scenario, when the battery fails, the firearm would revert to a default mode where it can be fired by anyone, not just the authorized user. In this case, not only is the entire point of the technology defeated but it would also expose the manufacturer to serious lawsuits for a defective product.”

Meanwhile, national gun control organizations such as Everytown and Giffords hailed Murphy’s signature on the smart gun mandate as a victory.

New Jersey @MomsDemand volunteers stood with @GovMurphy today as he signed sweeping new gun safety legislation into law. The Governor’s bold, comprehensive gun safety agenda – including smart gun technology – has made the state a national leader in the fight against gun violence. pic.twitter.com/ReID3PUMtR