How Does a Rifle Scope Work? 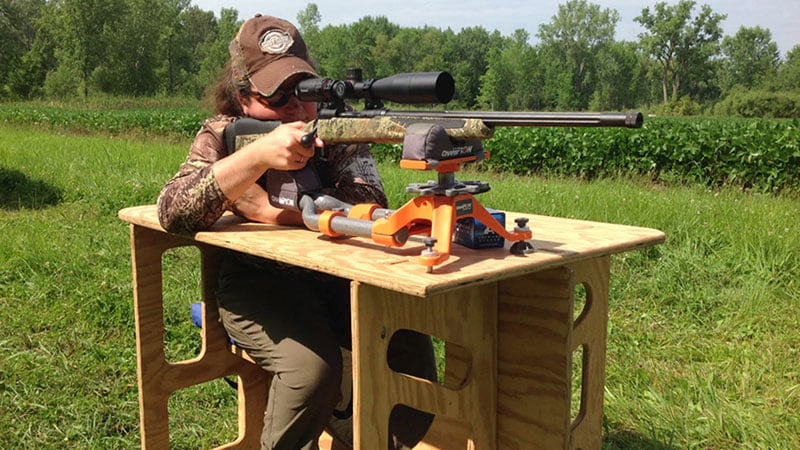 At the root of it, a rifle scope serves one major purpose: magnification of the target for more accurate shooting. Similar to looking through binoculars, a riflescope makes the target – be that paper or a game animal – appear larger, clearer and in greater detail than seen with the naked eye. This magnification allows shooters to place a shot with a much greater degree of accuracy, especially at extended ranges. Rifle scopes are especially popular for serious target shooters and big game hunters.

To oversimplify things, riflescopes work very much like telescopes with light passing through a series of lenses. Generally speaking, the more expensive the scope, the higher quality the components used to build it, and ultimately, the clearer and better the optic will be. Unlike a telescope, however, riflescopes have a reticle, also sometimes called crosshairs. That reticle, which is traditionally a “plus” shape superimposed over the target, is essentially the aiming point on the target when the shooter pulls the trigger. Riflescopes are mounted on the rifle using available mounts to fit the particular rifle or handgun, and then adjusted – or zeroed – to shoot at the chosen distance, most commonly 100 yards.

Any respectable gun shop owner will be able to help even a beginning buyer choose the correct scope for their rifle. The best way to start is to handle and look through some scopes. Observe the different types of reticles. Look at the turrets, the dial adjustments on both the top and side of the scope that allow adjusting the impact point for both elevation (up and down) and windage (left to right). While riflescopes with a 1-inch tube diameter — the measurement of the body of the scope — are most common, 30mm tubes or even larger are growing in popularity for their perceived increase in light transmission.

Scopes have many different power settings, and again, these are best decided by the type of use the shooter anticipates. While there are fixed power scopes with a single magnification, the vast majority use a power ring for shooters to adjust the magnification lever. For instance, many deer hunters will select perhaps the most common magnification, which is a 3-9×40. That particular scope will allow the hunter to see targets anywhere from three- to nine-times closer than they actually are. The “40” measurements refers to the size of the objective lens as measured in millimeters. Longer distance shooters may opt for something with greater power, like a 6-18×44.

There are scopes built specifically for hunters, others for target shooting, some more tactical than others, and still more ideal for handguns or even rimfire plinkers. Regardless of your skill level, there’s a scope that will serve you well. Though this has been just a very basic explanation and riflescopes get infinitely more technical in nature, this bit of information on how and why riflescopes work will set you on the path to more accurate and enjoyable days on the range.