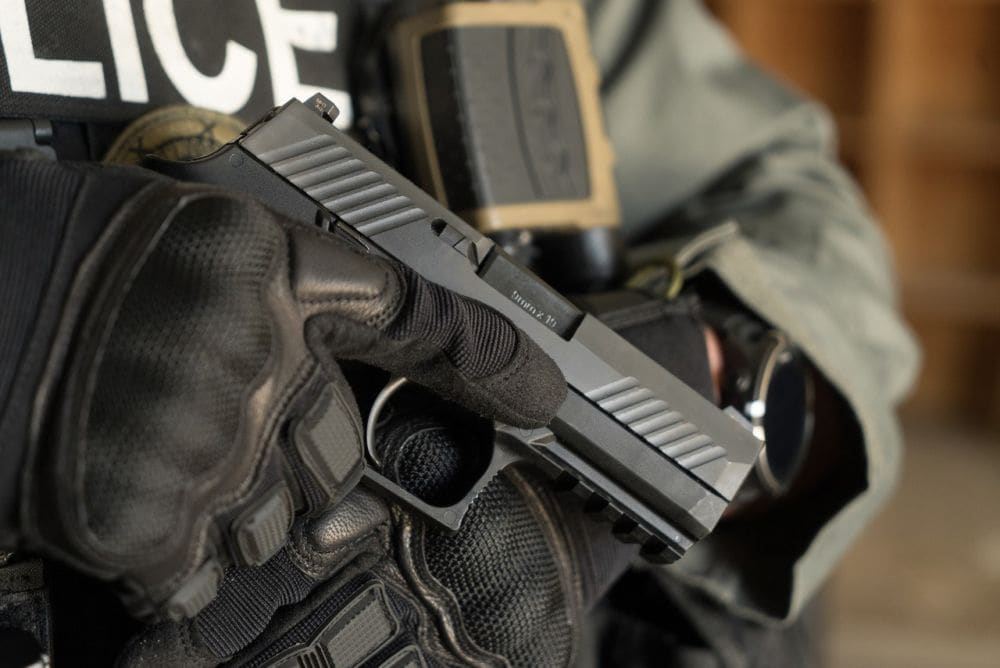 The Milwaukee Police Department has been the latest to adopt the increasingly popular Sig Sauer P320 handgun system. (Photo: Sig)

The Milwaukee Police Department’s over 1,800 officers have been hanging up their current Smith & Wesson M&Ps in exchange for the new Sig. The move continues the P320’s adoption by a number of law enforcement agencies from coast-to-coast, as well as the military who use the series as the M17 & M18 Modular Handgun System.

“We chose the Sig Sauer P320 as the official duty firearm for the men and women of the Milwaukee Police Department based on the pistol’s superior performance, accuracy, and dependability throughout our rigorous testing process,” said MPD Chief Alfonso Morales in a statement.

The Chief stressed the ability to swap out the serialized trigger group across numerous grip sizes has been popular with the officers who are fielding the new gun. Due to its modular design, it can be configured in full-size, carry, compact and subcompact models in either 9mm, .357 Sig, .40 S&W or .45 ACP.

“During this transition, we are finding that our officers appreciate the ability to choose their grip size based on the modularity of the P320, and we are seeing the positive effects of this comfort in higher qualifying scores overall,” said Morales. “Our transition to the Sig Sauer P320 has been seamless, and we couldn’t be more pleased with our decision to make it the official duty pistol of the Milwaukee Police Department.”

Milwaukee has reportedly adopted the platform in 9mm. The agency in 2009 chose M&Ps chambered in .40 S&W.

Recently, state police in Texas, Oklahoma, and Virginia have chosen the P320 as have municipal departments such as Tampa and Chicago.

For great deals on new and used Sig Sauer P320s, be sure to check out the wide selection available in the Guns.com Vault.