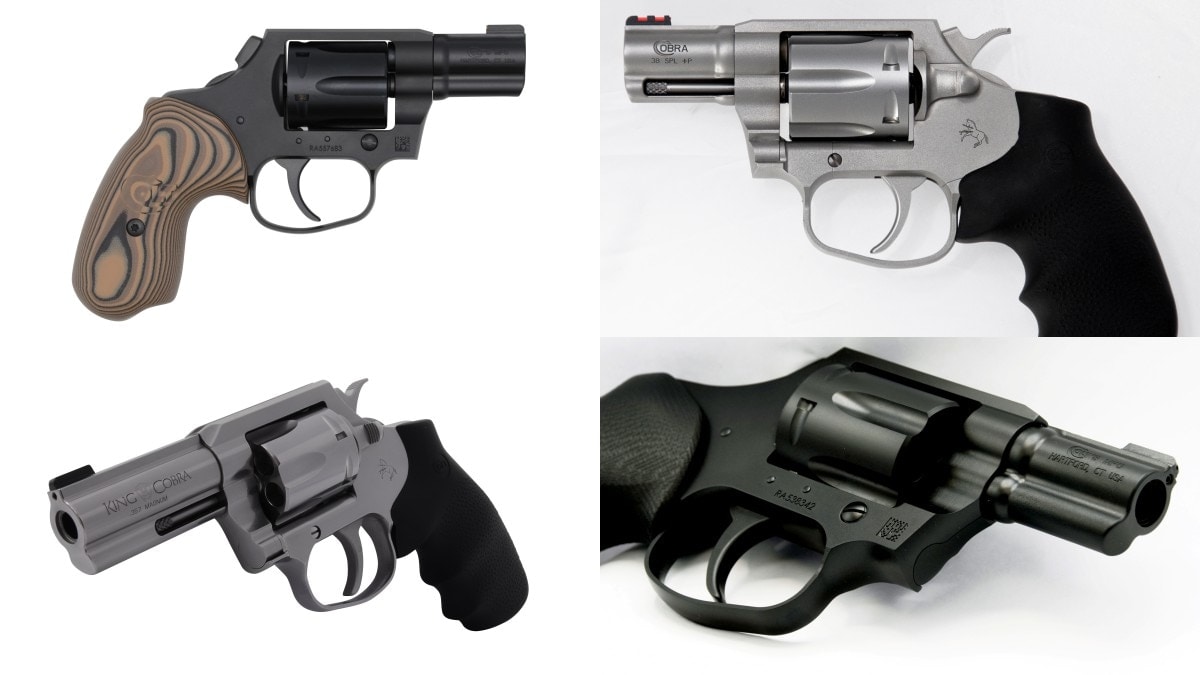 Connecticut-based Colt on Friday announced that four of their Cobra-series revolvers have been greenlighted for sale on the California consumer market.

The models, the 2-inch stainless .38 Special Cobra, the 3-inch .357-Magnum King Cobra, and two models of the Night Cobra, recently passed the California Department of Justice’s certification testing and were added to the state’s roster of approved handguns. Due to the state’s controversial microstamping requirement for semi-auto pistols, the quartet of Colt wheel guns are the company’s only handguns on the list.

“We have a loyal customer base in California, and we are following state-mandated protocol to ensure as many of our models as possible are available to them,” said Justin Baldini, Colt’s director of marketing. “We are happy to know that California residents will have the chance to become Colt owners and we encourage them to stop by any of our stocking dealers. We plan to see additional models approved soon.”

The models include the standard Cobra, which was introduced in 2017, its larger brushed stainless steel King Cobra brother, which was unveiled earlier this year, and the matte black DLC coated bobbed-hammer Night Cobra in two models– one with G10 grips and night sights and the other with a brass bead front and hyena brown grips.

Check out our videos on each, below.

Be sure to browse our extensive collection of new and used Colt handguns in the Guns.com Vault.