Boge Quinn, of the popular Gunblast channel, showed off his Ruger Bisley Vaquero revolver he had customized for the powerful .500 Linebaugh cartridge.

The customized design is special from the Wyoming-based Dustin Linbaugh Custom Conversion. The shop is owned by custom-handgun pioneer and creator of the .500 Linsbaugh, John Linebaugh and his son Dustin.

Quinn explained he first learned about the customized revolver from some friends who bought one for bear hunting up north. “It’s made for packing in bear country, which I don’t really go bear hunting, but it’s a lot of fun to shoot,” he said.

Not long after Quinn ordered it, however, he had a life changing event happen. “Probably eight or 10 months after I ordered it I had a heart attack,” Quinn said. “I came through fine, it wasn’t no big deal, but John Linebaugh wanted to do me a favor so John actually made the cylinder on this and Dustin did the rest of it.”

The revolver features a fixed-sight Bisley Vaquero with custom rear sight insert invented by Dustin. The round-butt grip treatment and ivory Micarta grips are hand-fitted by Dustin, as are the custom drift-adjustable Patridge-blade front sight with gold bar and 4-inch octagonal barrel. 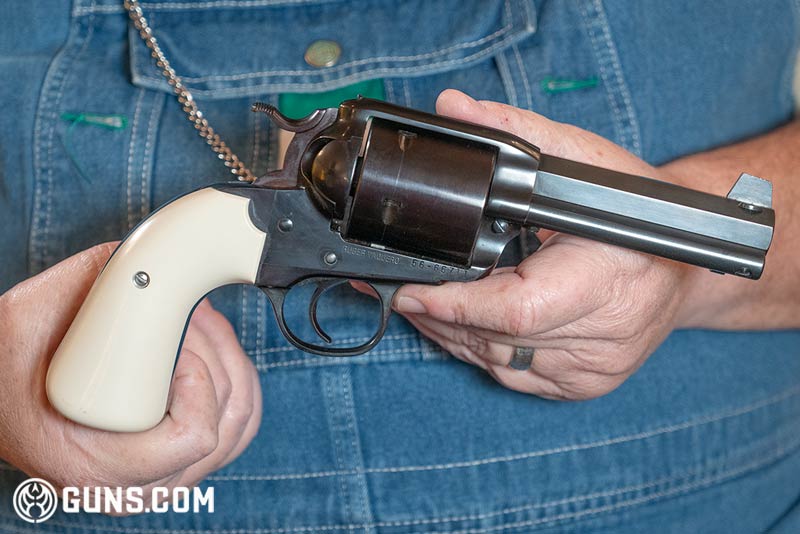 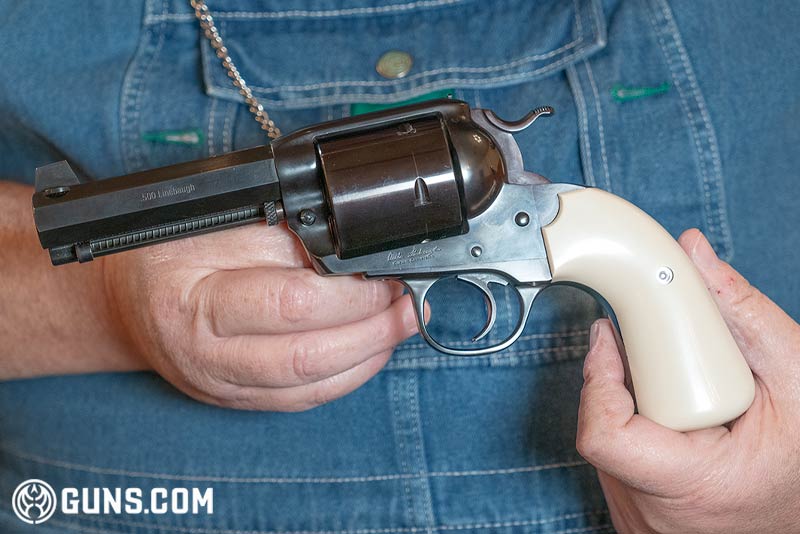 For great handguns, rifles, and shotguns, check out the Guns.com Vault and collection of Certified Used Firearms.