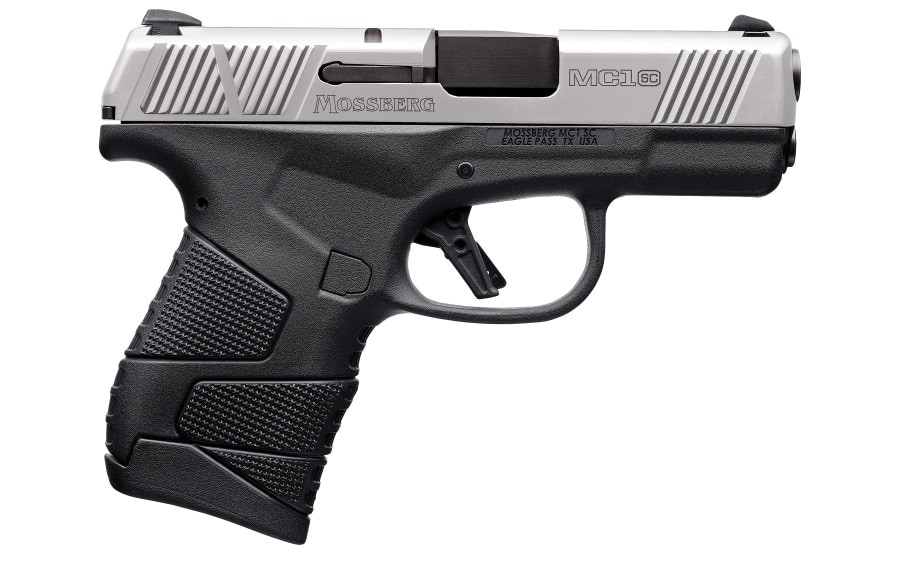 The latest installments, in standard-frame and cross-bolt safety frame versions, come standard with a bead-blasted, stainless steel slide over a matte-black polymer frame. The 3.4-inch barrel, constructed of 416 stainless steel, features a black DLC finish and a 1-in-16 twist rate. 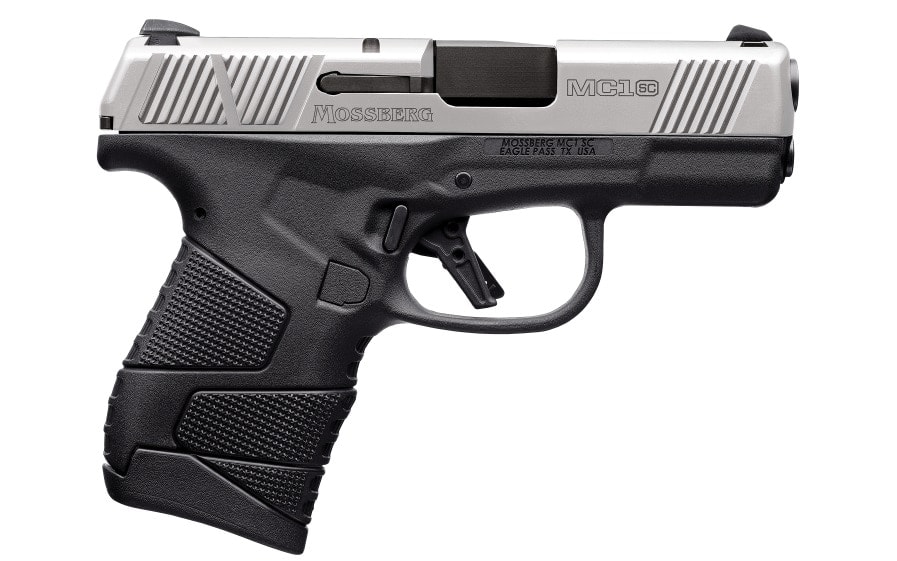 The optional cross-bolt safety model is available and is reversible for right or left-handed shooters.

Billed as ideal for everyday carry, Mossberg’s 9mm boasts a six-round flush-fit and seven-round extended magazine while a 3.4-inch barrel gives it a 6.25-inch overall length. As such, it is about the same size as the standard Glock 43 which boasts the same magazine capacity. Speaking of the G43, the MC1sc ships with clear magazines but will accept the same Glock 6-rounders used in that Austrian pistol.

MSRP on the stainless variants, both of which ship with white 3-dot sights, is $421.

Introduced earlier this year at SHOT Show, Mossberg reps told Guns.com the MC1sc has been a project more than three years in the making, a process that led engineers to include features such as a Safe Takedown System that allows the handgun to be field stripped without pulling its flat-profile trigger.

For more on the MC1sc, check out the below short review from Guns.com’s Ben Brown.