All About AKs with Lee Armory’s Mario Parada 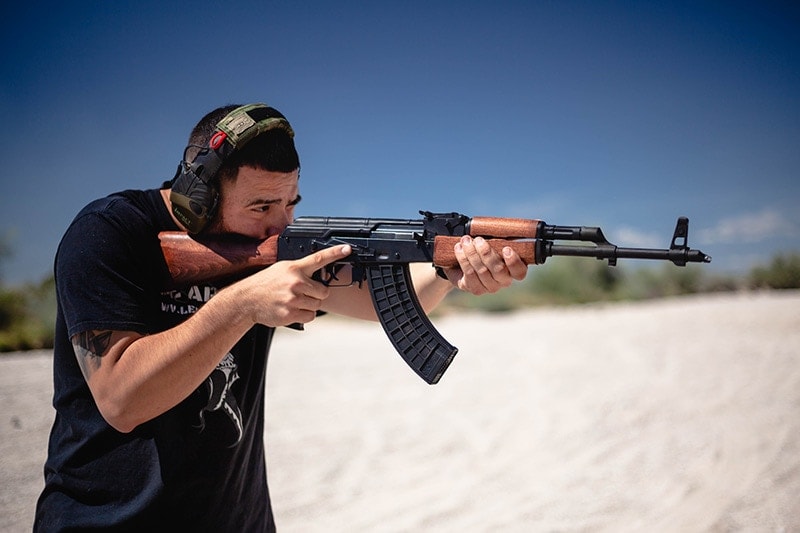 Lee Armory’s Mario Parada has been immersed in AK culture since he was a teen. (Photo: Jacki Billings)

Mario Parada was introduced to the AK-47 platform as a youngster, building the Societ rifles with his uncle in a garage as a teen. His love for the rifle didn’t stop at passion projects, though. Parada has since turned his affection for AKs into a full-fledged career churning out AKs as the Shop Lead for Lee Armory.

Guns.com first met Parada while visiting Lee Armory, immediately struck by his effortless expertise and knowledge of the AK platform. After leaving Lee Armory, there were some lingering questions we had for the AK aficionado, so we phoned Arizona and pumped Parada for more AK answers.

Guns.com:I feel like before we get too far we should address the rivalry between the AR-15 and AK-47 in American gun culture. Give me some thoughts on this. Will the AK ever reach the heights of the AR-15 in America?

Parada: The AR-15 will always be America’s rifle. The AK will never replace the AR as far as being America’s rifle, but the AK has its part in the gun world and in U.S. gun culture.

I think the AK-47 is a rifle that a lot of people misunderstand and it’s also been misrepresented. Ya know, in history it’s always been used by the bad guys. When it was invented, it was invented by Mikhail Kalashnikov for his people. In my opinion, it was very patriotic of him to say, “I want to give my soldiers a rifle that would give them a competitive edge.” So, it’s not a bad guy gun — there’s a place for it here. 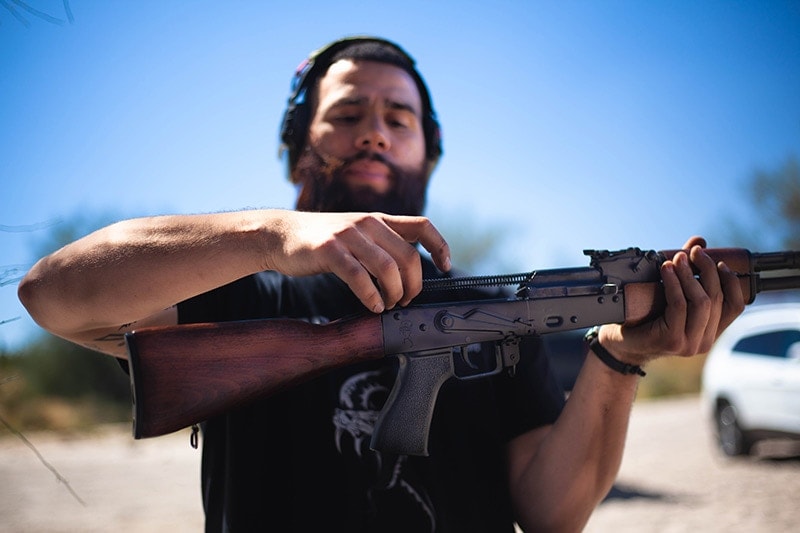 Parada demonstrates the internals of the AK. (Photo: Jacki Billings)

Guns.com: Right on. It definitely operates a little differently than the AR which, I think, can sometimes intimidate people. What’s an area you see people struggle with that really sets the AK apart from its American counterpart?

Parada: There are some key differences in them but the biggest is the AR-15 controls. The controls on the AR are very easy. The AK, I believe, takes a little more training to understand; but once you understand it, you can take what you’ve learned and apply that knowledge to any rifle.

Guns.com: Kind of like once you learn to drive a manual, you can pretty much drive anything. Which kind of leads me into my next question. Do you think that more people are putting in the time to get to know the AK and therefore it’s getting more respect as of late?

Parada: The interest has been increasing. We definitely have seen the numbers rise. Even though the AK has been around since 1947, it’s something different. You know, the AR is kind of getting old for people. I’m getting a lot of people in the shop who are already on their tenth AR build and that want something different. They’re getting bored with the AR-15 and they want to see what a Kalashnikov is all about.

Guns.com: Lee Armory kind of leads the flock to water in that respect, right? You guys take imported parts and kits and build them into fully operational and snazzy-looking AK-47s, ready to go for customers. Is there an advantage to this process of buying a fully built AK from Lee Armory versus DIYing it from random parts?

Parada: Well, the most obvious answer, even though it sounds cliche, is that buying from Lee Armory means you are supporting an American business. We are building from imported parts. Our main bread and butter are kits that come in from Romania but we’re doing all the final fitting, putting them on American receivers here in-house. We’re using all the required American parts to make them 922(r) compliant. Above all, this is being done by American hands. Everything is being hand-fitted.

We aren’t a huge company overseas just slapping these things together and putting them in crates. We literally hand press every rivet, we drill all the holes, we do all of that here. We are a small, family-owned business and we care about our products. A lot of pride goes into that. They may not be 100-percent American made as far as parts but they are 100-percent American made as far as labor.

Guns.com: Well, I definitely got to see, first hand, that love and attention to detail that you guys have for the AK while I was there building my own. So you mentioned Romanian parts and while I was taking the AK build class with you guys, Josh mentioned that country of origin plays a role in AK parts. So can you expand on that idea? Why does the country of origin matter? 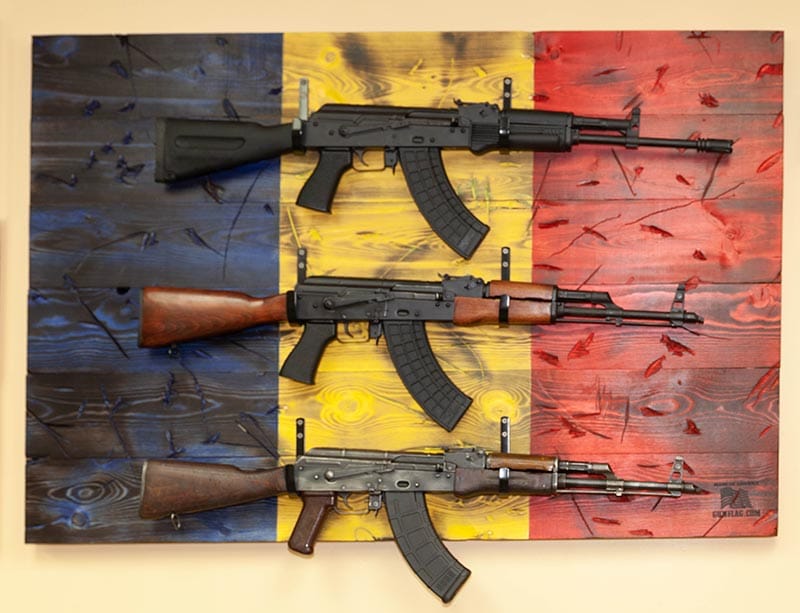 The AK-47 offers different controls than the AR, but Parada says once owners master that they can operate just about any rifle. (Photo: Jacki Billings)

Guns.com: What’s your best advice for someone ready to dive in and buy an AK?

Parada: My biggest advice is to get educated on what you’re buying and don’t base your decision just on price point. I understand that price has a lot do with it as far as your budget, but there’s a saying in Spanish that anything cheap is always more expensive in the long run and that’s what I tell people when they come in here. You can buy cheap but this is going to break or that’s going to break and you will have to fix those things and it will be more expensive. So get educated on what you want and don’t buy just on price point.

Guns.com: Any other parting words or pearls of wisdom you want to leave the Guns.com readers with in regards to AKs?

Parada: Get out there. Go shoot the AK. Get yourself the experience first. Go to the local gun range and rent one for $10 and get the feel for it. Understand what you’re getting into. It’s a different culture. Also, take the advice of the people you are actually getting out there and shooting these and building these — people that are really doing this.