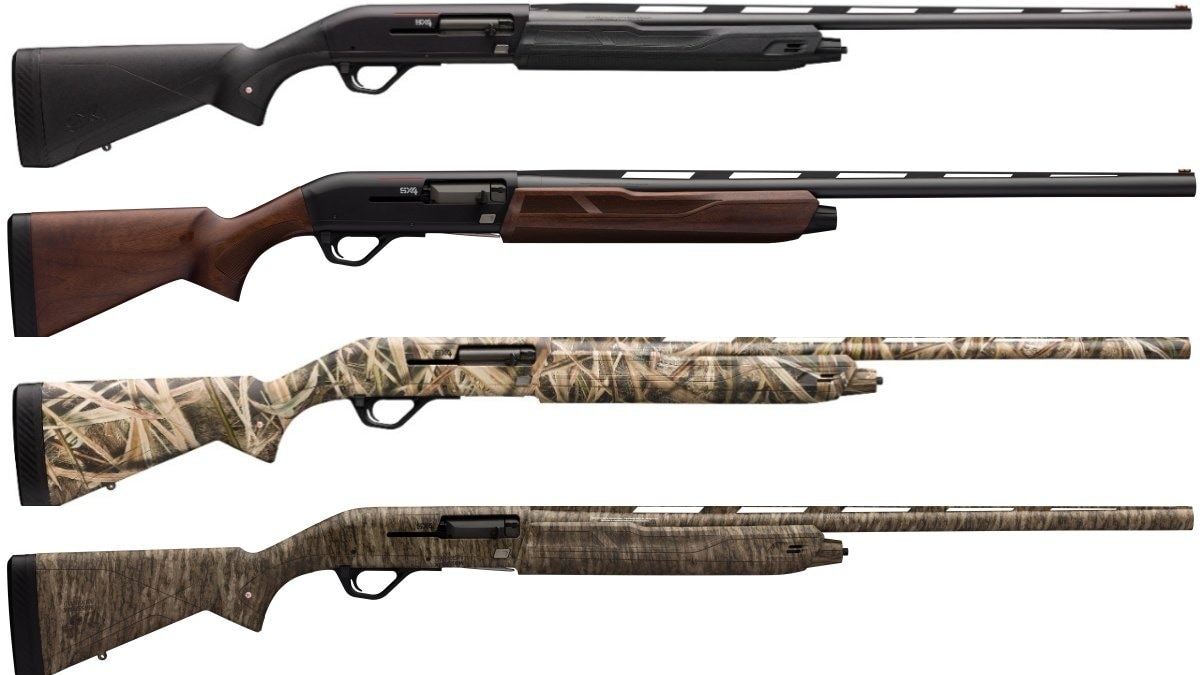 Winchester’s Super X4 20-gauge models weigh in at approximately 6.25 to 6.75-pounds, depending on the model. (Photo: Winchester)

The seven new models, in a broad range of composite, compact and wood-stocked configurations, bring what Winchester describes as a lighter, trimmer and quicker installment to complement their existing 12-gauge Super X4 line. The new 20s are billed as more appealing to smaller shooters, those sensitive to recoil or those seeking a lighter gun in the field.

When comparing specs, the 20-gauge variants typically run about a quarter-pound lighter than their 12-gauge big brothers in the same model and with the same barrel length.

All Super X4s use Winchester’s Active Valve Gas System for low felt recoil and record-setting cycling speed. The shotguns feature an oversize bolt handle and bolt release button which are ideal for sportsmen in the field with gloves.

Unique to the 20-gauge versions is the Speed Loading feature unique, which sends the first shell loaded into the magazine directly to the chamber when the bolt is open.

Guns.com’s own Kristin Alberts extensively reviewed the SX4 system as a whole in 2017.