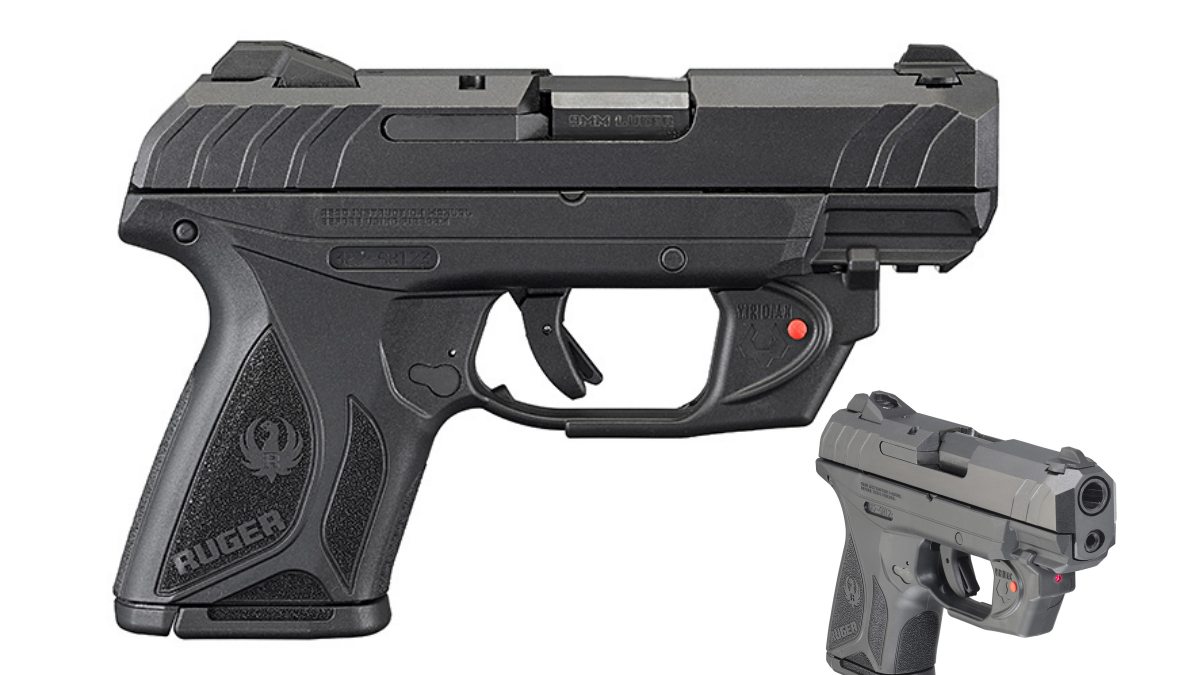 Ruger is now distributing a variant of their Security 9 Compact with a red Viridian E laser module included (Photos: Ruger)

The smaller version of the company’s medium-sized Security 9 platform — which sports a 4-inch barrel and 15+1 9mm capacity — the Security 9 Compact runs a 3.5-inch barrel and a corresponding 10-round flush-fit magazine due to its shorter grip. The good news is that, even with the addition of a Viridian laser, the smaller Sec 9 weighs in at just over 22 ounces.

Using an ambidextrous push-button to activate, the laser unit itself weighs about a half-ounce with the installed battery and mounts on the Compact’s dustcover rail in front of the trigger guard. MSRP on the laser-equipped Compacts is $439, which is only $60 more than the $379 price point of the base variant.

Ruger debuted the Security-9 series in 2017 in an ode to the classic and affordable Security-Six revolver of the 1970s and 80s. The no-frills handgun is evolved from the company’s subcompact LCP and LCP-II line, using a variant of that .380’s fire control system. However, the Security-9s have an integrated trigger safety and external manual safety.

Although the Compact is shorter than the Standard model Security-9, it still has the same hammer-fired action along with features such as forward slide serrations, which are rare for a gun its size. The 9mm ships with a pair of 10-round flush fit magazines but the 15-round mags from the full-sized model are backward-compatible.

More on the Compact, sans laser, below.