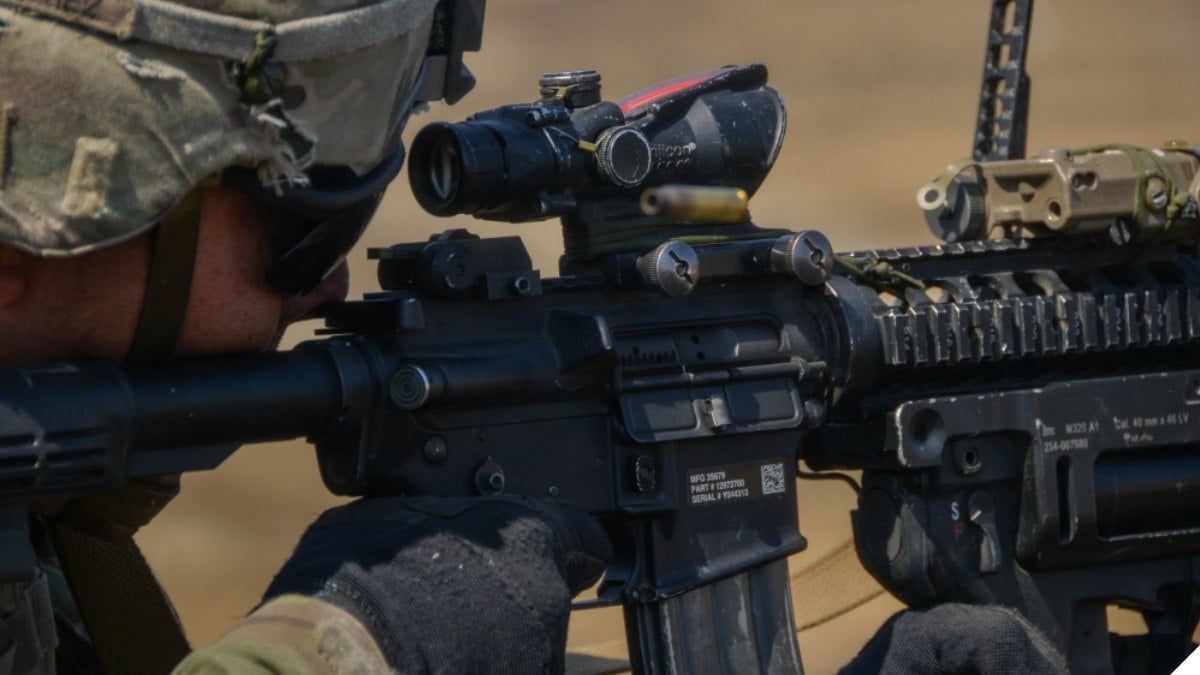 A Soldier with the 2d Cavalry Regiment fires an M4 rifle during a troop live fire while undergoing Agile Spirit 19 at the Vaziani Military Base near Tbilisi, Georgia, Aug. 1, 2019. The Army is moving forward with a plan to replace 5.56mm small arms with frontline combat units as early as 2022. (Photo: DOD)

The award, issued August 29, covers two distinct types of firearm: the Next Generation Squad Weapon-Rifle (NGSW-R), a replacement for the M4/M4A1 carbine; and the Next Generation Squad Weapon-Automatic Rifle (NGSW-AR), which would take the place currently held by the M249 Squad Automatic Weapon. Both would be in an updated 6.8mm chambering that would be up to the manufacturer to develop with ammunition industry partners.

The winners include AAI Corporation/Textron Systems in Hunt Valley, Maryland; General Dynamics-OTS Inc. in Williston, Vermont; and Sig Sauer in Newington, New Hampshire. The limited buy announced last week is for weapons to be tested over a 27-month period but could lead to a potentially huge contract in which the winner could stand to deliver 250,000 NGSWs and 150 million rounds of ammo plus options for further contracts.

Last October, the Army issued a limited award for five Next Generation Squad Weapon competitors — AAI, FN, General Dynamics, PCP, and Sig Sauer — to submit prototype NGSW for initial testing to begin sometime this summer. Projections for the program by the Army plan to have the first units equipped with the new weapons as early as 2022. Representatives from at least 37 companies attended various Industry Days with the Army to discuss the program since 2016.

While Sig and Gen Dyn have not issued a public comment since the award was announced– just before a holiday weekend– Textron is talking and has disclosed that their NGSW prototype program includes small arms designer Heckler & Koch, as well as small-caliber ammunition maker Olin Winchester, both household names for many gun owners.

“We have assembled a team that understands and can deliver on the rigorous requirements for this U.S. Army program with mature and capable technology, reliable program execution and dedicated user support,” said Wayne Prender, Textron Systems’ Senior Vice President, Applied Technologies and Advanced Programs. “Together, we are honored to support America’s soldiers with the next-generation capabilities they need in their most dangerous missions.”

Textron Systems said their contract will deliver 43 6.8 mm NGSW-ARs and 53 NGSW-Rs, as well as 845,000 rounds of cased telescoped ammunition to the Army for testing.

As the Pentagon has spent the past several years experimenting new ways to reduce the weight of man-carried small arms cartridges through everything from telescoping rounds to polymer cases, it is possible that the final 6.8mm designs favored will be much different from traditional ammunition.