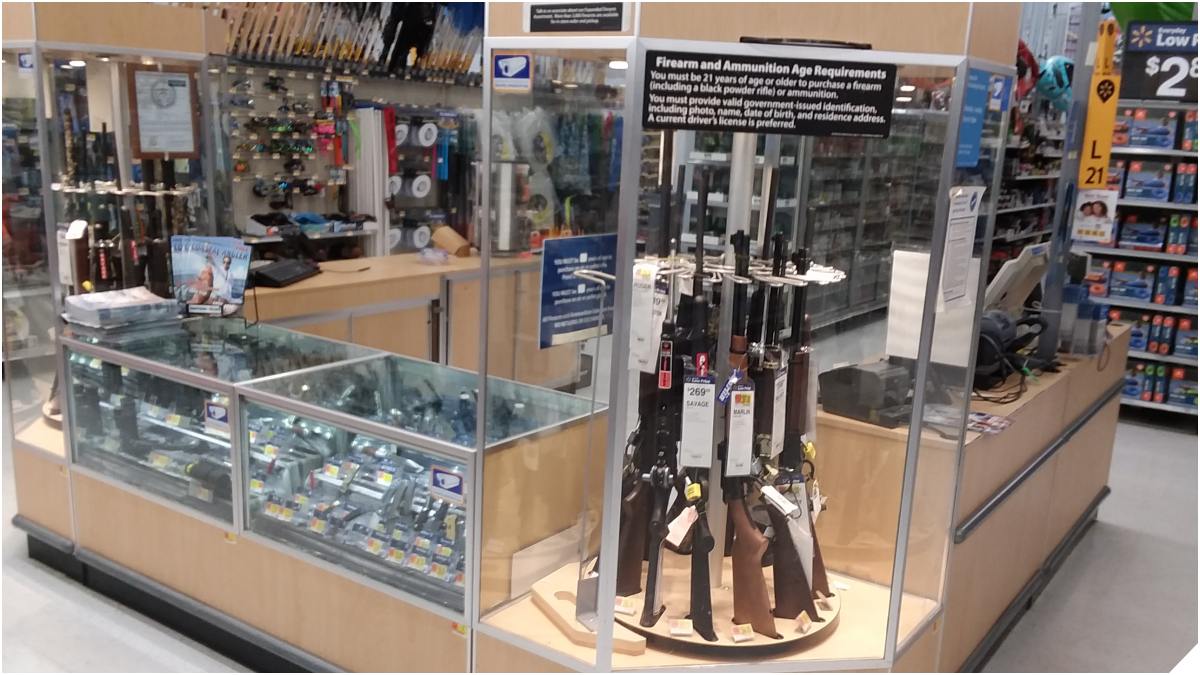 Walmart announced Tuesday they will no longer sell handguns and will cut many of their most popular ammunition calibers, no doubt leaving other retailers to pick up the slack. (Photo: Chris Eger/Guns.com)

SEE AN AMAZING VARIETY OF HANDGUNS FOR SALE AT GUNS.COM

The world’s largest brick-and-mortar retailer on Tuesday announced they will move to no longer sell many popular ammunition calibers and are leaving the handgun market altogether.

The move came in an open letter to company employees by Doug McMillon, president and chief executive officer of Walmart, which operates more than 5,000 store locations nationwide. Out, after selling through current stocks, is handgun ammunition and “short-barrel rifle ammunition such as the .223 caliber and 5.56 caliber that, while commonly used in some hunting rifles, can also be used in large capacity clips on military-style weapons.”

The big-box chain, which had previously halted handgun sales in the lower 48 states and Hawaii, said they will also discontinue pistol and revolver sales in Alaska, in a “complete exit from handguns.”

The letter also explained that Walmart is, except for law enforcement officers, “respectfully requesting that customers no longer openly carry firearms into our stores or Sam’s Clubs in states where open carry is permitted,” and released a graphic of the new signage soon to appear in their locations.

Going beyond store policy changes, McMillion also said he was writing the White House and members of Congress to ask that national laws on firearm background checks be strengthened and a federal “assault weapons” ban “should be debated to determine its effectiveness.” Walmart in 2015 announced they would no longer sell many types of modern sporting rifle, concentrating on a smaller selection of traditional hunting rifles and shotguns.

Walmart disclosed they currently have about 20 percent of the market share when it comes to consumer ammunition sales and that they expect the change to drop that to as low as 6 percent.

“The strongest defense of freedom has always been our free-market economy. It is shameful to see Walmart succumb to the pressure of the anti-gun elites. Lines at Walmart will soon be replaced by lines at other retailers who are more supportive of America’s fundamental freedoms. The truth is Walmart’s actions today will not make us any safer. Rather than place the blame on the criminal, Walmart has chosen to victimize law-abiding Americans. Our leaders must be willing to approach the problems of crime, violence and mental health with sincerity and honesty.”

As for the National Shooting Sports Foundation, the trade group for the firearms industry, the group said they were “disappointed” by Walmart’s announcement to limit their selection but “appreciates the chain’s continuing commitment to America’s hunters and recreational target shooters and their equipment needs.”

SEE AN AMAZING VARIETY OF HANDGUNS FOR SALE AT GUNS.COM