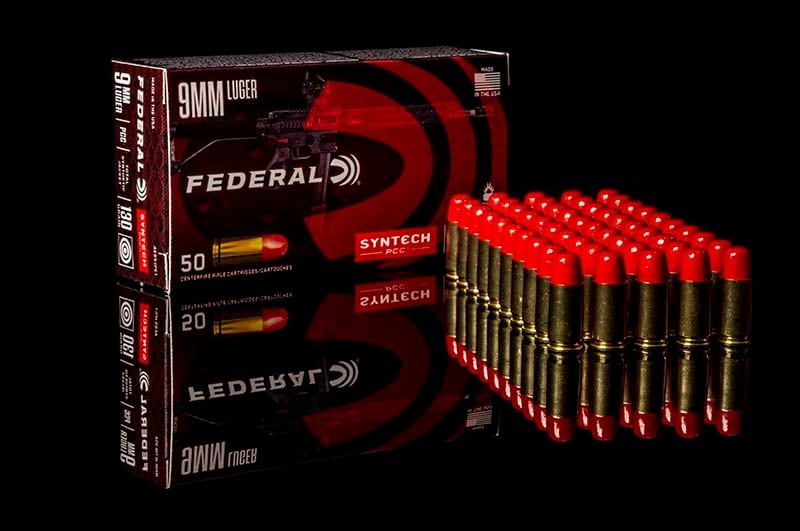 “Syntech PCC is offered in 9mm Luger 130-grain is all about having a better shooting experience when shooting a pistol cartridge, historically speaking, through a rifle platform,” Federal Centerfire Product Director Mike Holm said in a news release. “With Syntech, you naturally have it—more features of what all shooters want, and less of what you don’t.”