Fall turkey hunting tactics can be a tricky lot. The late season is never as straightforward as spring’s routine of setting a few decoys, yelping, and in they come charging. Fall involves more technical calling, stalking, or even flock-busting. More often than not, the shots are a bit quicker, longer, or trickier. Here are some knockdown rounds for wily fall-time birds. 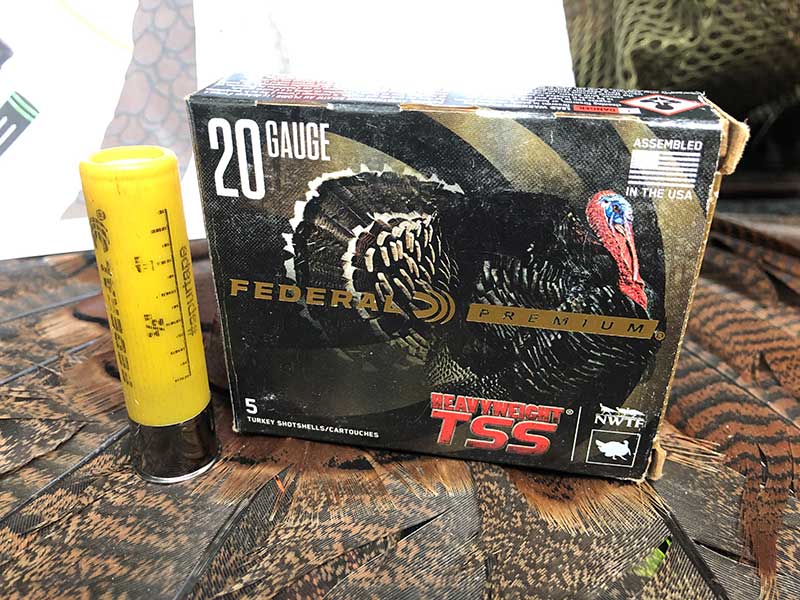 Federal Premium is, without a doubt, the leader in the tungsten shot premium turkey ammunition market, and for good reason. (Photo: Kristin Alberts/Guns.com)

Federal Premium is, without a doubt, the leader in the tungsten shot premium turkey ammunition market, and for good reason. One of the best things about TSS—annihilating knockdown power and wicked patterns aside—is the fact it’s available in .410, 20-, and 12-gauge. Federal’s tungsten-alloy is advertised as 22-percent denser than standard tungsten and 56-percent greater than lead. They also put an incredible number of pellets downrange by using tiny shot like #9, #7, or better yet, blends of 7/9 or 8/10.

GET ALL YOUR FEDERAL AMMO RIGHT HERE!

Five round boxes sell online from $20.99 to $38.99 or a whopping $4.20-$7.80 per round. For hardcore turkey hunters who put a premium on grand slam, destination hunts, or simply want to make the absolute most of every opportunity the field, TSS is hard to keep in stock. Federal Premium also donates a portion of each box sold to the NWTF. 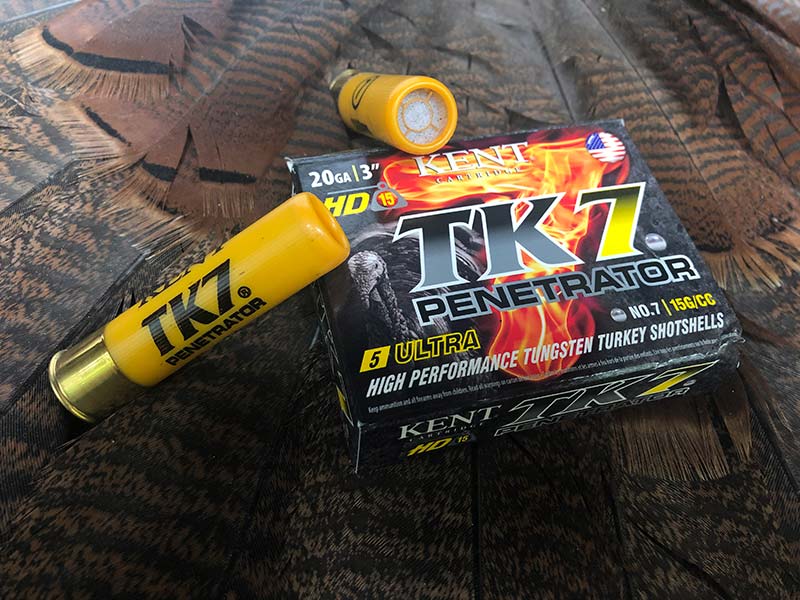 Kent Cartridge’s TK-7 Penetrator is one of the most underrated of all specialty turkey rounds on the market, which is unfortunate because they perform. (Photo: Kristin Alberts/Guns.com)

Kent Cartridge’s TK-7 Penetrator is the most underrated of all specialty tungsten turkey rounds on the market, which is unfortunate because they perform. Where Federal’s TSS uses tungsten alloy, Kent loads with straight tungsten shot, which the company advertises as 38-percent denser than lead with “superior retained energy and knockdown power.” Unlike TSS, however, and per the name, Kent’s Penetrators are loaded solely with #7 shot.

GET ALL YOUR KENT AMMO RIGHT HERE!

Both the 12- and 20-gauge offerings come in 3-inch shells with an 11,00 FPS velocity. The rounds are considered “managed recoil” so although it’s a dense load, it’s not the most wicked to shoot. Five-round boxes are selling for $22.99 online which equates to $4.60 per round. 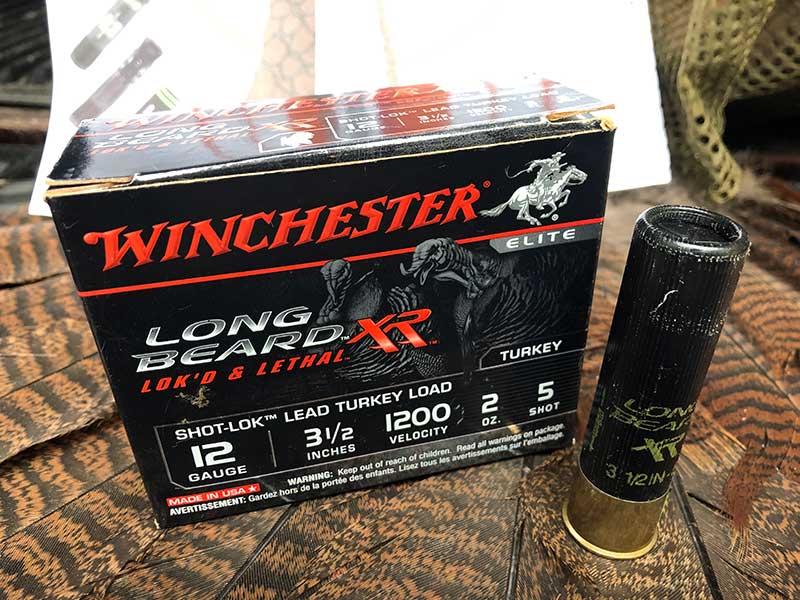 Winchester Long Beard XR was one of our go-to rounds before the introduction of tungsten loads, but still, Long Beard is more than capable of putting gobblers on the ground with much more authority than standard lead loads. (Photo: Kristin Alberts/Guns.com)

Winchester’s black-boxed Long Beard XR was one of the first premium turkey ammunitions to make claims of turkey-taking at extended ranges up to 60-yards. While we can’t always get behind the clean lethality of these ultra-long shots, the fact of the matter is that Long Beard XR patterns very well and is more affordable than the newer—albeit perhaps harder-hitting—tungsten rounds. Copper-plated lead shot in encased in a Shot-Lok cocoon that theoretically holds the shot together longer. 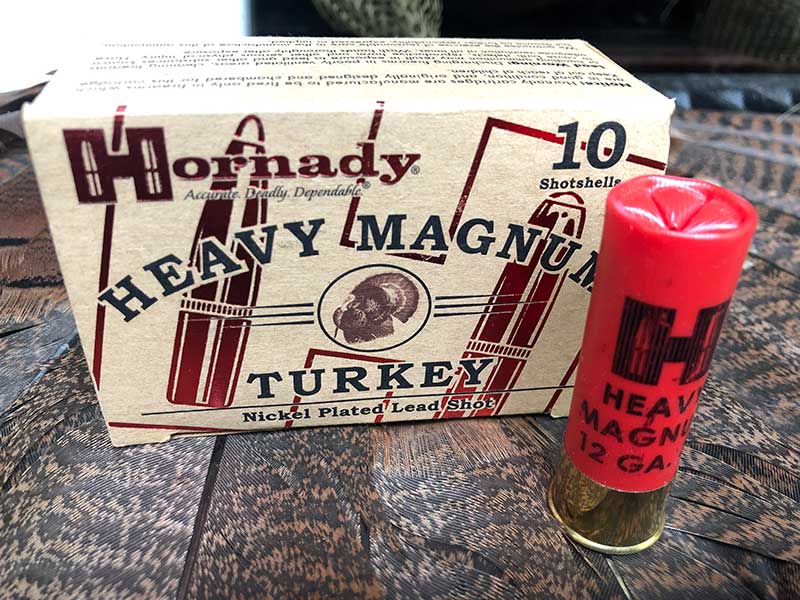 Hornady Heavy Magnums have been around for a few years and they get the job done without all the cost and expensive shot of other specialty rounds. (Photo: Kristin Alberts/Guns.com)

Hornady Heavy Magnums have been on the market for many years, and they’re still around for good reason. They work. Available in 3-inch 12-gauge or 20-gauge rounds, as well as 3.5-inch 12-gauge, the Heavy magnum is stuffed with simple nickel-plated shot. While there’s no ultra-dense tungsten or specialty metals here, there is a very fair price tag, at least as far as specialty rounds go. Heavy Magnums sell online at $13.99/box of 10, or $1.40 a round, making them the most cost-effective gobbler hitter, by far. Normally this ammo sells for $13.99, but we are selling it for $11.99.

Depending on gauge and options, shot sizes include numbers four, five, or six. The cool thing about Hornady’s Heavy Magnum is they offer not only the turkey specific load but a Heavy Magnum Coyote as well. At 1,300 FPS using the Versatite wad, these loads put out awfully dense patterns for us out to forty yards and advertise “lethal penetration” out to 50-yards. 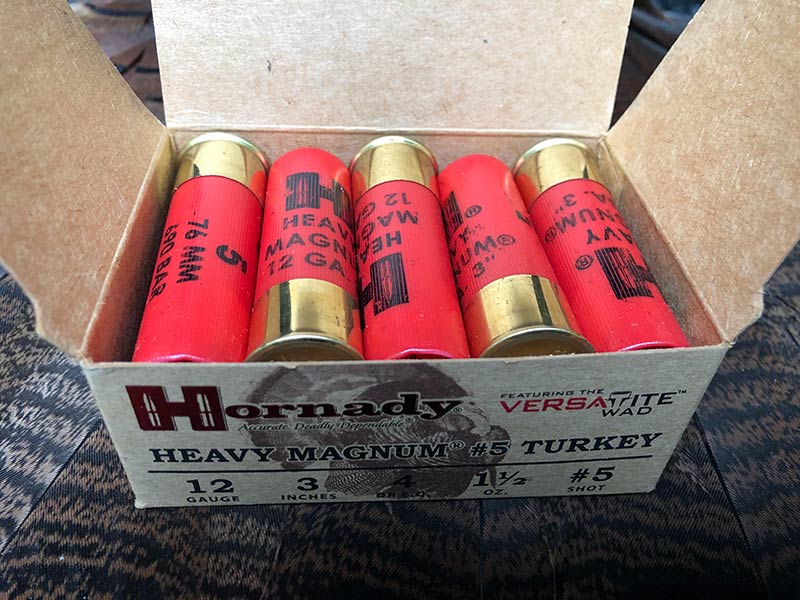 Specialty turkey rounds capable of hitting harder and patterning farther are all the rage. Boxes of only five or ten rounds are the norm, but you get what you pay for. (Photo: Kristin Alberts/Guns.com)

Specialty ammunition is great. It is forever changing the face of turkey hunting to include smaller bores and longer ranges. To that end, any of the aforementioned rounds will do everything any gobbler hunter needs, and then some. It’s important to remember, though, that just because a box claims it can kill a turkey at 50 or 60-yards does not mean it can or even should. As always, ethical hunters should spend time at the patterning board as well as understand lethal velocities and shot placement to ensure clean shots for the full joy of a memorable hunt.

Before you snag ammo, you need a turkey gun to go with it. Check out Guns.com’s inventory of new and used guns to find your next gobbler gun.