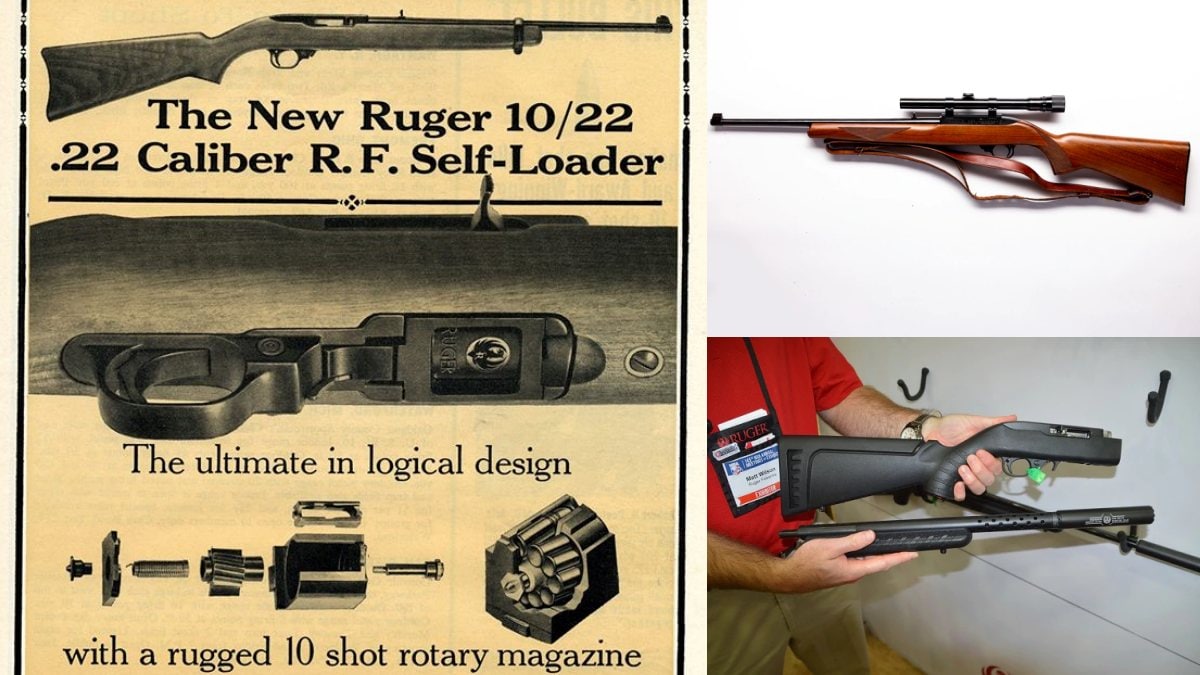 Ruger 10/22s have been around for over a half-century, with millions sold in the constantly evolving design

First introduced in 1964, the Ruger 10/22 rimfire rifle has been produced in the millions and is still going strong.

Bill Ruger’s semi-automatic .22LR rifle was light, weighing in at just 5-pounds with an American walnut stock, and had a layout similar to the M1 Carbine. Billed as the “ultimate in logical design” when it was first introduced, the gun’s unique 10-shot detachable rotary magazine fits flush in the stock, a feature that competitor’s plinkers did not offer. The 18.5-inch barrel produced a handy carbine-length rifle that went just 37-inches overall.

The 10/22 was an instant hit and has never been out of production since it was introduced 55 years ago, including versions chambered in .22 WMR and .17HMR. An upscaled carbine chambered in .44 Magnum was pitched as a country brush gun. A pistol version of the gun, the Charger, was released. 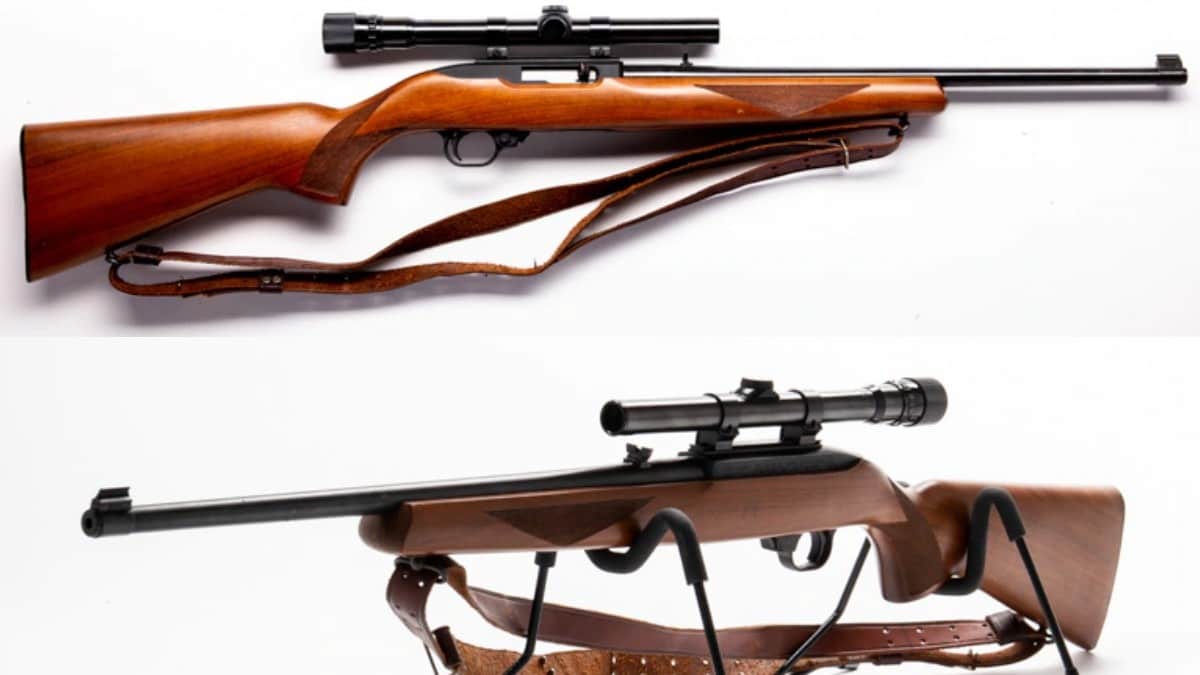 This circa 1980 10/22 in the Guns.com Vault carries a 3-6x variable Weaver scope and military-style leather sling. Note the checkered walnut stock. Although nearly 40 years old, the design is not too far different from today’s NIB guns. 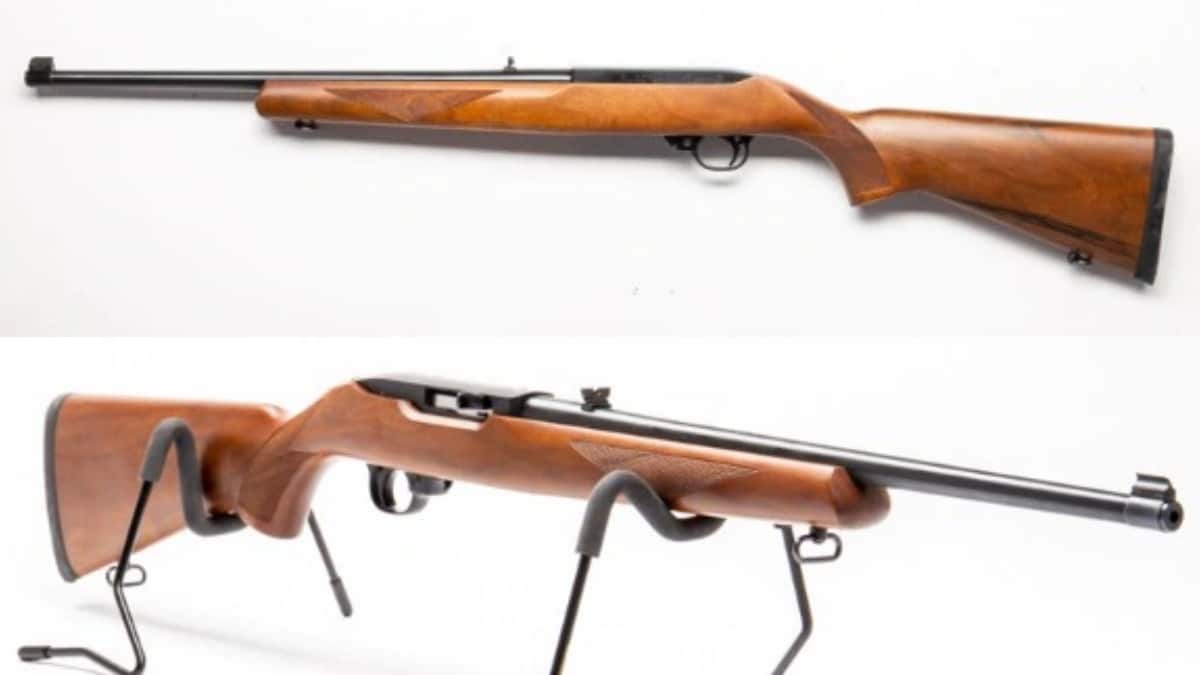 With a serial number that puts it inside the 1992 production block, this 10/22 looks fundamentally the same as the above, although with fewer add-ons. Speaking of which, it would be hard to find a rimfire rifle with more aftermarket options. 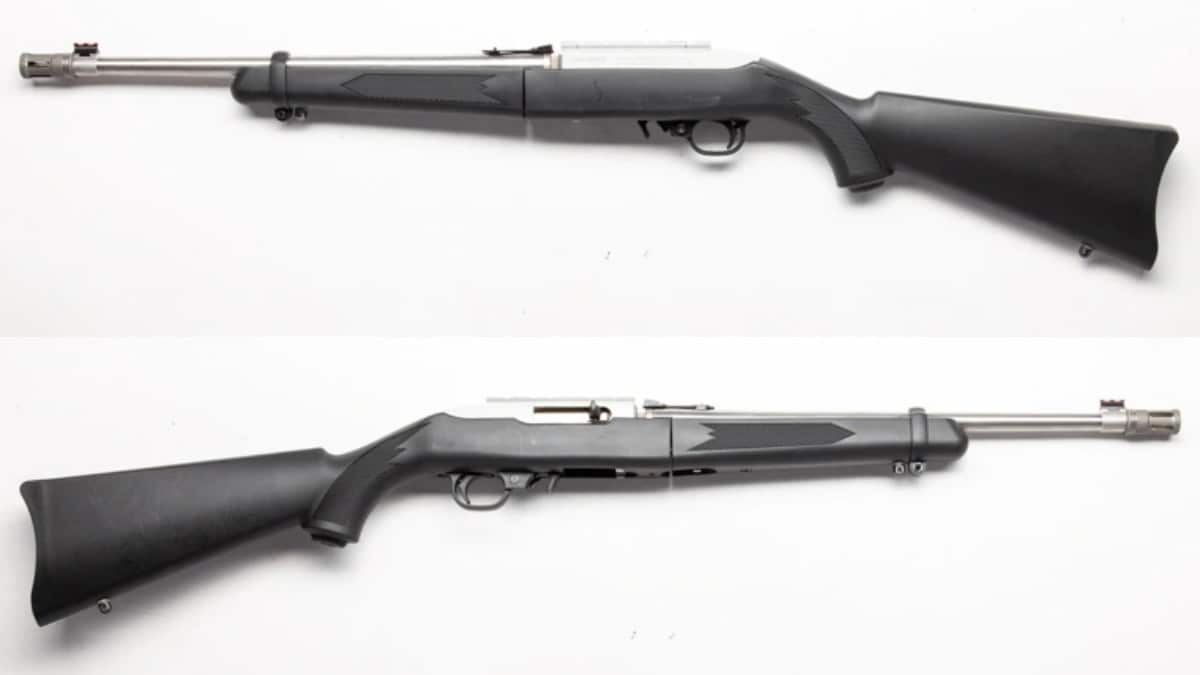 This newer 10/22 Takedown model can quickly and easily be separated into two pieces for convenient storage and transportation while the simple reassembly ensures shooting consistency.

When first introduced during the administration of President Lyndon B. Johnson, the 10/22 retailed for $54.50, which, when adjusted for inflation, is about $450 smackers in today’s dollar.

The barrel is cold hammer-forged for longevity and easy cleaning and secured with a unique two-screw V-block system while the heat-stabilized glass-filled polymer trigger housing assembly is impact and abrasion resistant and made to withstand the elements. Other features include a combination scope base adapter for Weaver-style and tip-off scope mounts.

Available in a plethora of stock options and finishes, the 10/22 makes a perfect rifle for plinking or small-game hunting. Today’s versions include Carbine, Takedown, Sporter, Tactical, and Competition models. Some packages include spinning targets or are guns saluting America’s farmers or come with International-style full-length wooden stocks.

As varied as the country from sea to shining sea, you could say. Give the people what they want.