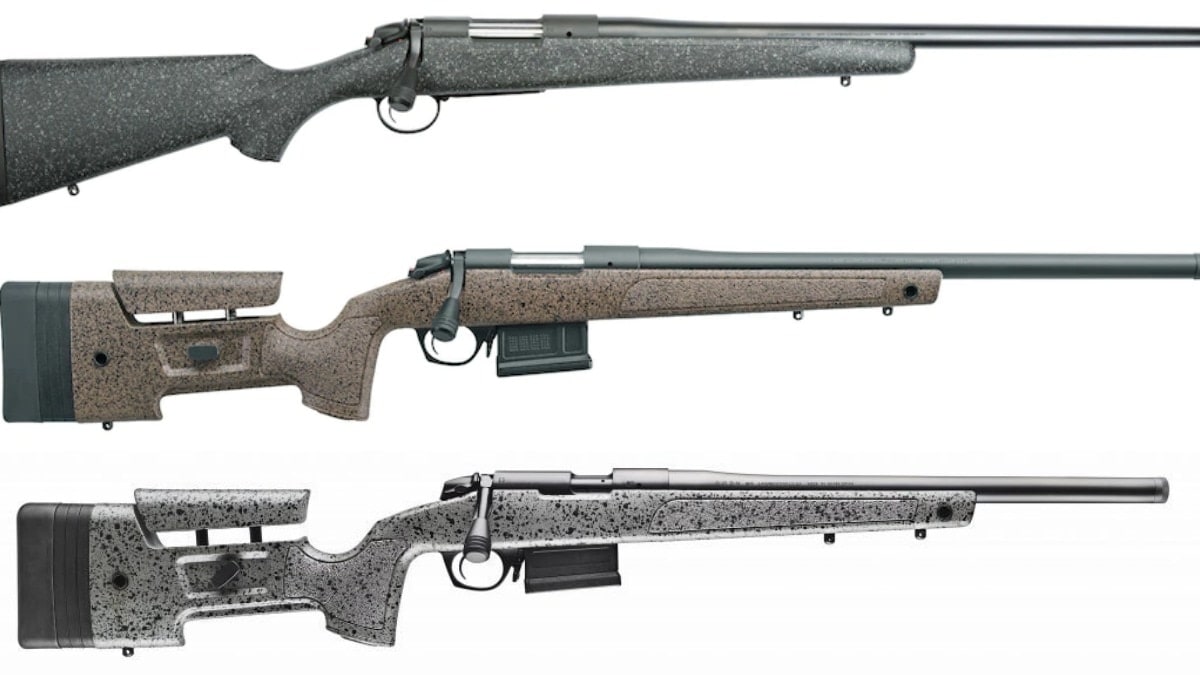 Bergara B14 fans now have more options as the company this month announced a rimfire series as well as new chamberings for 6.5 PRC and .300 PRC.

CHECK OUT OUR GREAT INVENTORY OF BERGARA B14 RIFLES

Bergara North America last week took the wraps off several new B14 rifles to include rimfire guns and those in popular PRC (Precision Rifle Cartridge) chamberings. The 6.5 PRC, which has been called something akin to a magnum 6.5 Creedmoor, and the .300 PRC are increasingly proving popular with sportsmen.

“We have been very pleased with the demand for the new PRC calibers in our Premier series, but equally as import, the actual performance they are delivering,” said, Nate Treadaway, CEO of BPI Outdoors, Bergara’s parent company. “Based on these two facts, it is only natural that we extend the chamberings to our two most popular B14 models.”

Like standard Bergara B-14 rifles, the new PRC-chambered offerings are guaranteed to produce sub-1.0 MOA groups or less at 100 yards using factory match grade ammunition. The chamberings will be available in both the B-14 HMR and Ridge models.

Bergara’s B-14 Hunting and Match Rifle (HMR) series are built for both hunters and competition shooters. It supports a fully free-floated, 4140 CrMo steel, barrel to achieve optimal precision. The stock also has an adjustable cheekpiece, length of pull spacers, and a QD flush cups for easy attachment and detachment of slings. (Photo: Bergara)

The B-14 Ridge series is a more traditional hunting rifle with a molded synthetic stock made of glass fiber reinforced polymer. (Photo: Bergara)

MSRP was not announced.

Using an 18-inch Bergara barrel, the overall length of the B-14 R is a handy 38-inches but that can be adjusted using the spacers in the HMR stock. (Photo: Bergara)

Designed as a top-notch rimfire “trainer” rifle with Remington 700 short-action compatibility, the new Bergara B-14 R (rimfire) series in .22LR still uses a threaded 4140 barrel with an HMR-style stock that is user-adjustable. Weight, with a 10-round magazine, is 9.25-pounds. Besides tapping in as a precision trainer, the rifle is reported ideal for competitive use as well.

“Our customers have been requesting a gun like this for some time, and with the growing NRL22 and PRS .22 competition matches the timing was right to introduce a rifle of this nature,” said Dakota Russell, National Sales Manager for Bergara.

To see how B14 rifles are born, check out the below factory tour which stresses the craftsmanship and attention to detail put into each Bergara.

CHECK OUT OUR GREAT INVENTORY OF BERGARA B14 RIFLES