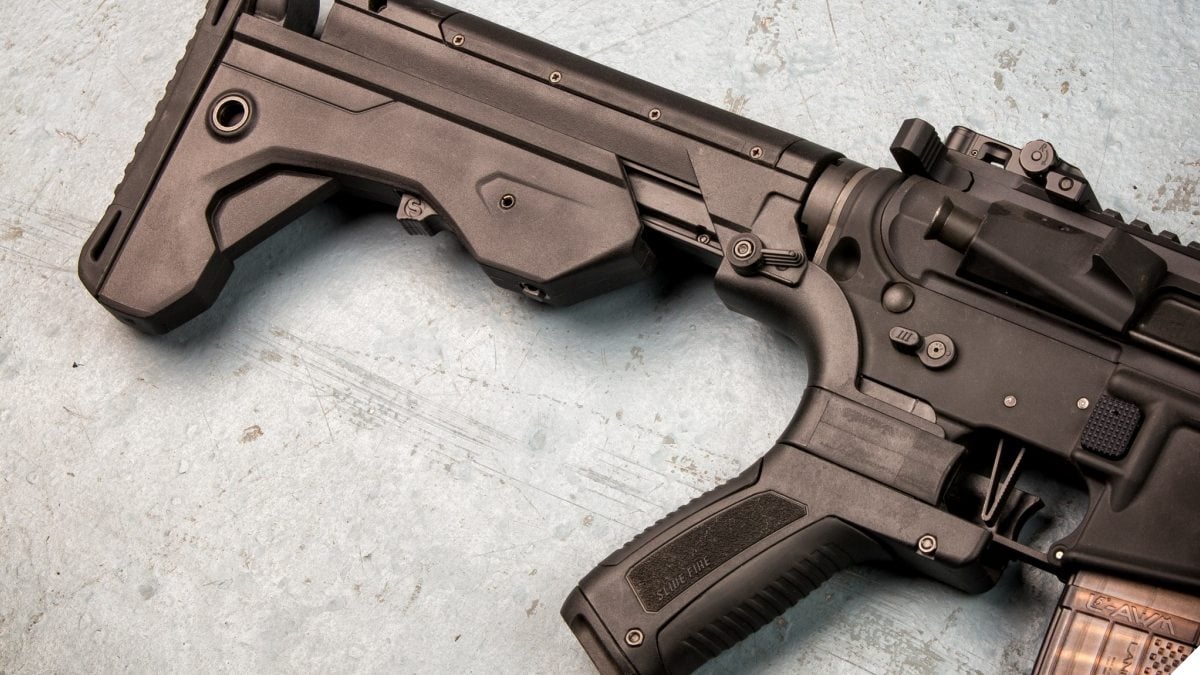 Retailers who had to destroy tens of thousands of bump stocks to comply with an ATF rule change went to court seeking reimbursement only to be rebuffed by a judge who said the government had the power to take the property without compensation. (Photo: Slide Fire Solutions)

A federal judge last week dismissed a claim from bump stock retailers who sued the government for damages they incurred after having to destroy their inventory.

The plaintiffs include two companies as well as two individuals who in all lost 74,995 bump stocks to the ban which took effect in March. The case, filed in a Washington, D.C. federal court, argued that the ban’s requirement that bump-stocks be surrendered or destroyed within 90 days, with no opportunity for registration, violated the Takings Clause of the Fifth Amendment which states that private property can’t be taken for public use without compensation.

The court didn’t see it that way.

“The law is different in this case because the government, as the sovereign, has the power to take property that is dangerous, diseased, or used in criminal activities without compensation,” said Senior Circuit Judge Loren A. Smith in his nine-page ruling. “Here, ATF acted properly within the confines of the limited federal police power.”

Smith, appointed to the federal bench in 1985 by President Ronald Reagan, said the $500,000 claim under the Tucker Act would be different “if the government confiscated a gun legally possessed by a person not committing a crime,” but argued that “machine guns,” which was how bump stocks were reclassified, are not protected by the Second Amendment.

The ATF rule change, retroactively reclassifying legally-sold bump stocks as illegal machine guns, became effective on March 26, 2019. After that date, those possessing a bump stock could face federal weapons charges that carry up to 10 years in prison and $250,000 in fines for each violation. Between 2008 and 2017, the ATF had issued several classification decisions concluding that certain bump-stock-type devices were not machine guns.

In early 2018, federal regulators believed there could be upwards of 520,000 stocks in circulation.

Mark Maxwell, with RW Arms, one of the plaintiffs, told Guns.com the fight will go on:

We feel strongly that the Court got this ruling wrong, and we are preparing an appeal to the US Court of Appeals for the Federal Circuit. As we plan to file later this week we recognize there are several errors made by the Judge regarding the facts and law, and we are incredibly concerned with the dangerous precedent it sets.

We will continue the fight for the Second Amendment and property rights of all Americans, against the most well-funded defendant in America, who has a history of changing rules and regulations mid-stride.