The Guns of Terminator: Dark Fate

The sixth installment in the now 35-year-old Terminator franchise has a few familiar faces and a big update when it comes to the guns used.

Returning from the 1984 original is Schwarzenegger as the near-indestructible time-traveling cyborg assassin with an Austrian accent, Linda Hamilton as Sarah Connor, and James Cameron who wrote and directed the first movie. This time around, Cameron is producing while Tim Miller, the director of Dead Pool, is at the wheel.

Gone is the rad Reagan-era hardware like the Franchi SPAS-12 shotgun, AMT Hardballer Longslide and Ithaca 37. Sadly, while the long-teased “phased plasma rifle in 40 watt range” doesn’t appear in the released footage of Dark Fate, we do see Ahhnold break lose some 5.56mm face love on a fancy new shapeshifting Terminator Rev-9 model with a Beretta ARX-160 while Connor pinch hits with a more vanilla M4, both select-fire, of course.

Speaking of Connor, who is back and way more growly than before, she is shown with a Chiappa Rhino revolver off and on in previews, for those times when she has already lit off her single-shot M72 LAW (a bunker buster that is way more impressive on film than in real life) and doesn’t feel like going for the crowd-pleasing Serbu Super Shorty. 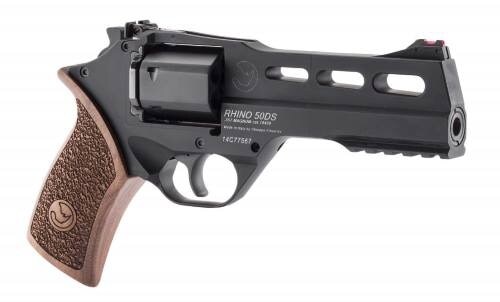 Did you know the Chiappa Rhino 50DS is California compliant? Did you also know they are $989 in stock today?

And because interesting shotguns and Terminator movies go together like the late great Bill Paxton and blue spiked hair, Connor also sports a Fostech Origin-12 prominently.

Speaking of shotguns, a Standard Manufacturing DP-12 also pops up. The pump-action double-barreled 12 runs seven 2.75-inch shells in each of its twin magazines, giving the user a 14-roundl capacity. It is shown being used by Dani Ramos, a new character. 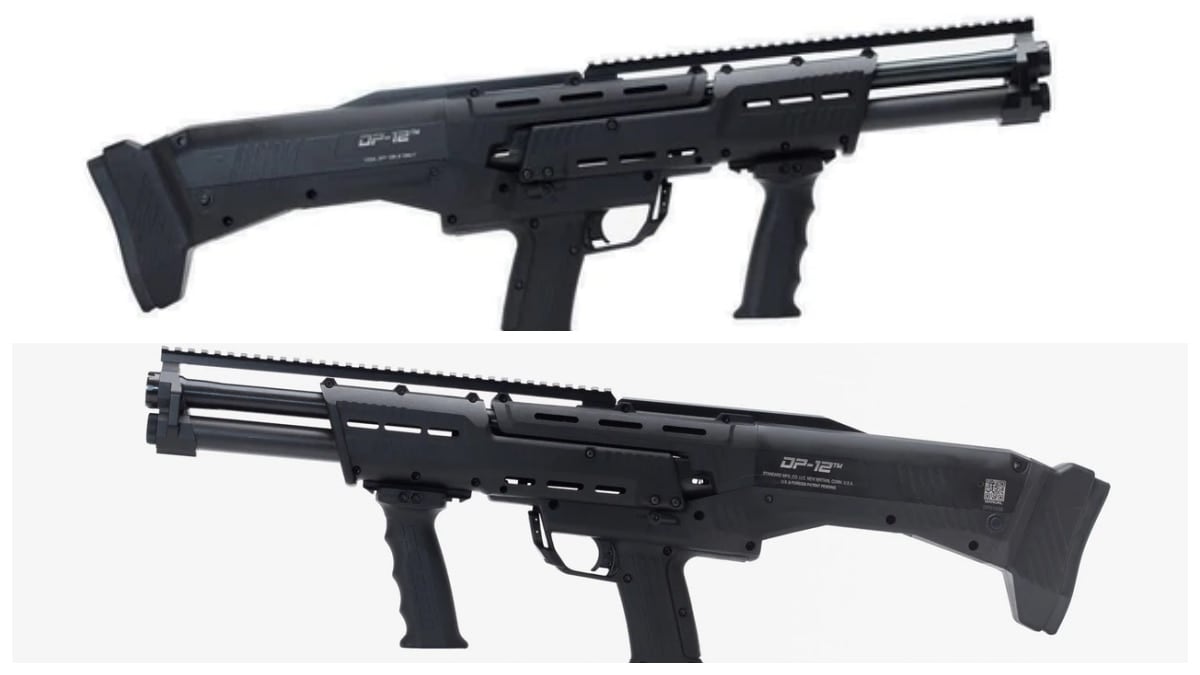 For sure, there are some guns we missed as we are just going by the previews, but Dark Fate opens this weekend and initial audience reviews are pretty fresh so we’ll likely check it out and update this rundown if we spot anything else cool.

In other words (wait for it)…