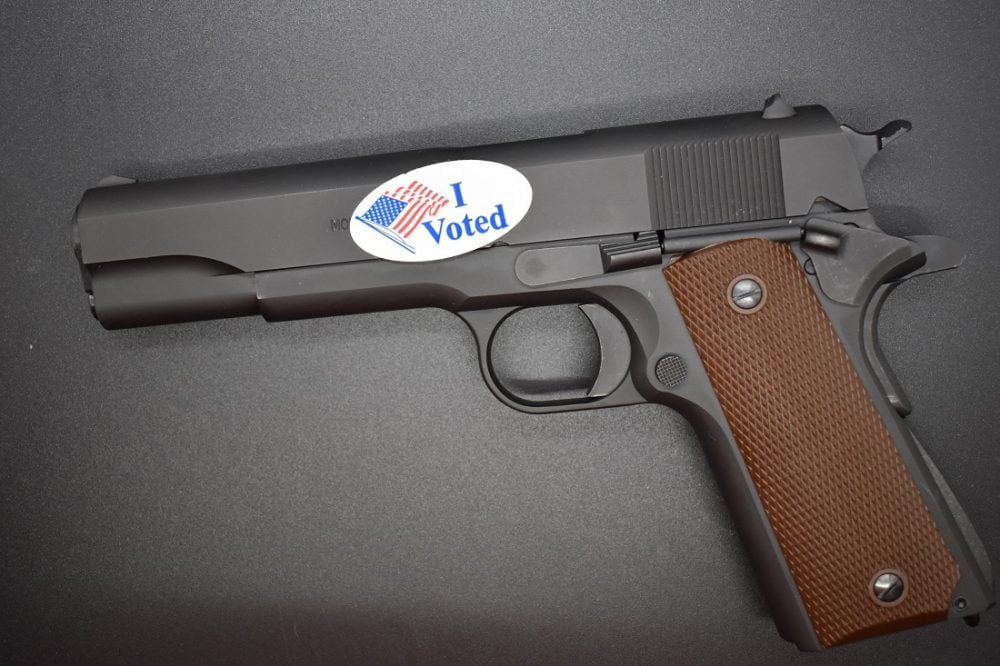 Groups backed by former New York Mayor Michael Bloomberg have been trying to flip control of the Virginia legislature to a “gun sense majority” for a decade, with the latest chapter in the campaign ending with Tuesday’s polls. (Photo: Chris Eger/Guns.com)

The national gun control group Everytown is the largest outside contributor to campaigns for this week’s state elections in Virginia.

The group last week detailed that their extensive spending in the Old Dominion state has now topped $2.5 million, a record for the organization. The self-avowed intent of the Bloomberg-funded group is to flip the polarity of Virginia’s General Assembly to Democrat, a feat that will require at least two seats to be wrested from Republican control in each chamber. This, as Everytown puts it, will shift the body to a “gun sense majority.”

What would such a majority pursue when it comes to new restrictions on guns?

Earlier this year, Gov. Ralph Northam, a Democrat, announced a legislative agenda that included universal background checks, rationing handgun sales to one per month, so-called “red flag” seizure programs and bans on “assault weapons, high-capacity magazines, bump stocks and silencers.” Most of the proposals have been repeatedly shot down by Republican-controlled committees in past regular sessions and this year’s effort by Northam met the same fate. If presented with the hat trick of single-party control over both chambers of the General Assembly as well as the Governor’s Mansion, the results for similar legislation in 2020 could be much different.

The latest move is not the first time the gun control groups have gotten involved in state politics in Virginia. Former Gov. Terry McAuliffe, who Northam replaced, came to office in part due to $1.1 million in donations from one of then-New York City Mayor Michael Bloomberg’s PAC, even before Everytown existed. Prior to that, Bloomberg gave $25,000 to each of the six pro-gun control Democrats running for the Virginia State Senate in 2011.

Voters head to the polls in Virginia on Tuesday.