Glocks & M1917s: The Redoubtable Arms of the Greenland Patrol 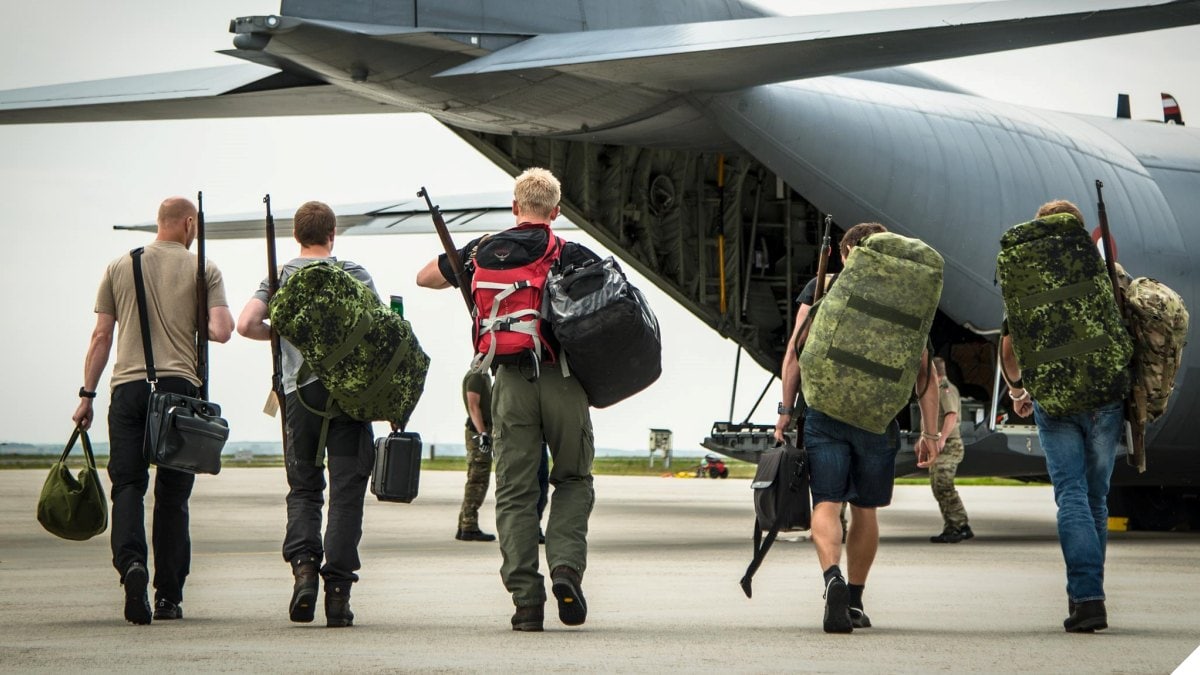 Danish Sirius patrol members head back home after a two-year tour in Greenland– with their vintage but reliable M/53 rifles in tow. (Photo: Danish Navy)

In two-man patrols carried by dog sleds, the Danish Navy secures Greenland with the help of some vintage rifles and some more modern handguns.

The Danish Ministry of Defense lately has been showcasing its military sled patrol in Greenland, Slædepatruljen Sirius. The 14-man unit is made up of volunteers who agree to two+ years of uninterrupted service in the frozen monolith that is the world’s largest island. There are no holidays or days off, with their leave accruing for when they return to Denmark.

Each Winter, the Sirius patrol sets out in six “fuppere” teams to scout the uninhabited northern coastline from station to station. The below video showcases one such patrol, that of Frederik and Brian, who, along with their 13 dogs, cover 1,430 miles over three months in minus 40-degree weather. It’s interesting stuff, even if it is in Danish.

For protection against polar bears, the apex land predator in the Arctic, as well as to provide some sort of tripwire against more two-legged interlopers in the region, the Sirius patrol use Glock G20 10mm handguns and the Gevær M/53 rifle.

The G20, essentially a scaled-up G17, was first introduced in 1991 in 10mm Auto to meet growing demand from sportsmen and law enforcement for handguns chambered for “the centimeter.” Since then, the pistol has been in constant production first in Gen 3 and later in Gen 4 and Short Frame (SF) variants with the latter made to accommodate those with smaller hands. 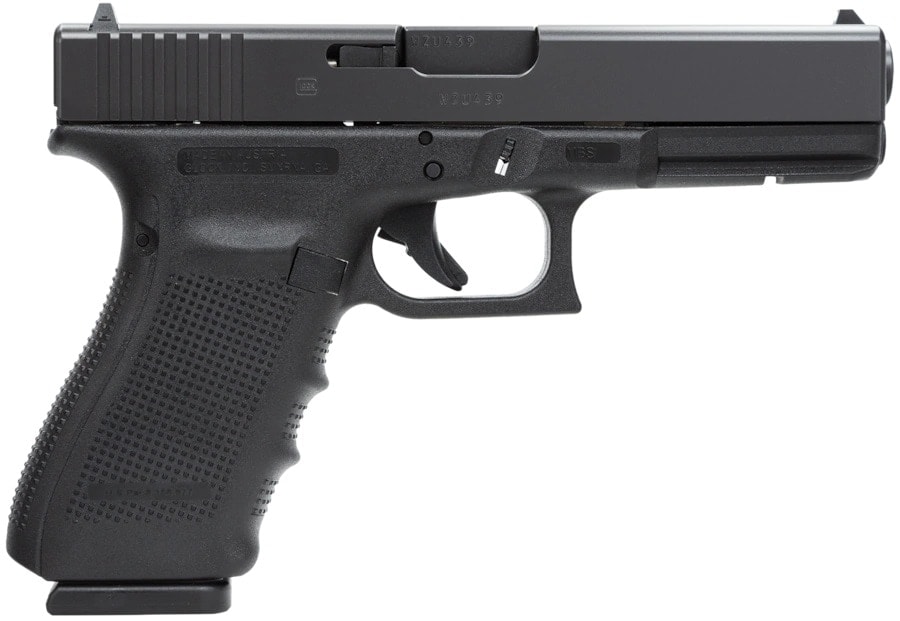 The current Gen 4 G20 uses a modular backstrap system and offers a 15+1 capacity in a handgun whose empty weight runs just 27.5-ounces. The reliable polymer-framed striker-fired pistol is standard-issue on the world’s only military sled patrol for polar bear repellant. (Photo: Glock)

With sidearms covered by Glock, what is the Gevær M/53? That gun is actually a century-old design, the .30-06 caliber Enfield M1917 rifle. 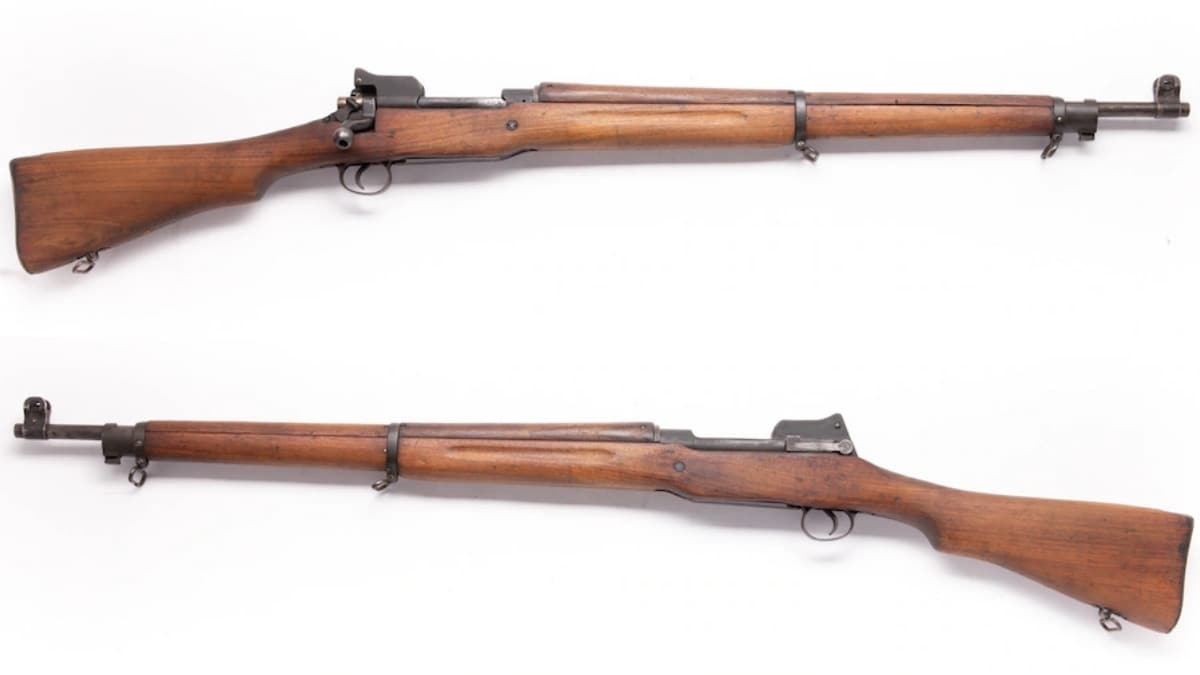 This beautiful M1917 in the Guns.com Vault was one of 1,181,908 rifles made by Pennsylvania-based Eddystone in World War I for the U.S. Army. Notably, Sgt. Alvin York is believed to have used an Eddystone in his famous capture of 132 Germans in France in 1918.

Dubbed the “American Enfield,” the M1917 was a modified version of the .303-caliber Pattern 14 rifle made in U.S. factories for the British in the early days of the Great War. Once America entered the conflict, the P14 was converted to use the same cartridge as the U.S. M1903 Springfield and put into production with an amazing 2.1 million M1917s cranked out by Remington, Eddystone, and Winchester in just three years.

GET YOUR OWN VINTAGE M1917 WITHOUT JOINING THE DANISH NAVY

The M1917 proved popular in the trenches of World War I and continued to serve with America’s allies in WWII– with Denmark picking up some of these old warhorses as surplus in 1953, hence the “M/53” designation. Copenhagen also used the M1 Garand for decades, termed the M50 Garandgevær, and swapped out the M1917’s sights for those used on the more modern semi-auto. The M/53s in Danish service also are reportedly modified to accept M1903-style 5-round stripper clips.

For more on the patrol, check out their recruitment video, and keep an eye peeled for the Glocks and Enfields.