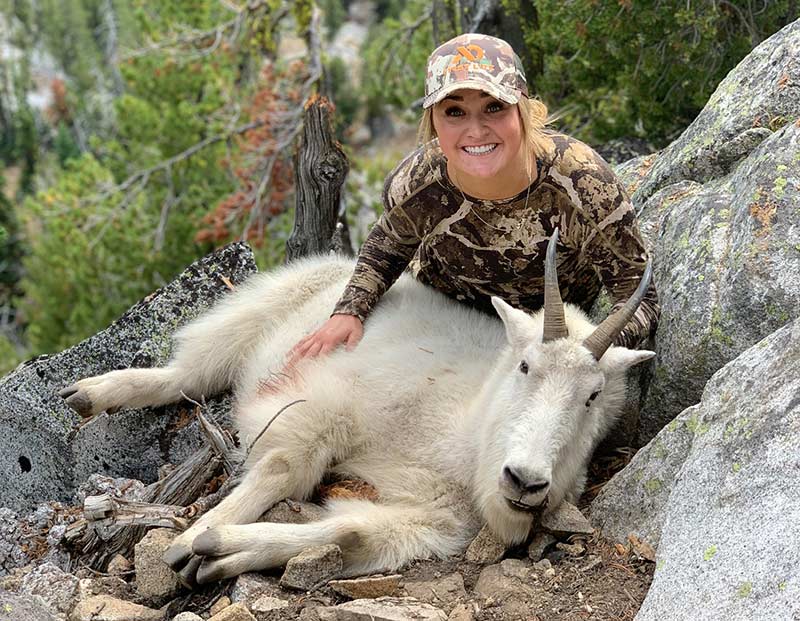 Standing in the kitchen beside her dad, Alyssa Nitschelm could barely process what lay before her — results for the Oregon Department of Fish and Wildlife big game hunting draw.

Nitschelm had never hunted before but applied for various controlled hunts tags through the ODFW to spend some time in the woods with her dad, a bonding experience for father and daughter. As she flipped through the denied application requests for deer, elk, and pronghorn she mostly resigned herself to the fact that she wouldn’t be heading out to harvest any special animals this season.

“I naturally asked my dad to help me apply to these controlled hunts. He helped me choose each hunt series to apply for,” Nitschelm said in a press release from Nosler. “The only expectation I had was to spend quality time with my dad, absorb new information and possibly get the chance to appreciate some beautiful animals and country.”

Continuing to scroll down the list, Nitschelm was met with the shock of a lifetime — she had been selected for the Rocky Mountain Goat tag. A rarity among Oregon hunters, thousands apply for the tag each year, but the odds of receiving the special tag are slim. Nitschelm, with her tag, was one of only 24 hunters in Oregon capable of claiming the Rocky Mountain Goat. Nitschelm says she was surprised to see the tag and her father was even more astounded.

“My dad whipped his head around and asked if I was kidding,” Nitschelm recounted. “‘You realize that is the hardest tag to draw in Oregon? Once-in-a-lifetime, he said.’”

Rocky Mountain Goats were reintroduced to Central Oregon in 2010 after an absence in the area for nearly 150-years. Since the reintroduction into the Mt. Jefferson area, the goats have expanded through high elevation areas across the Central Oregon Cascades. Though any licensed hunter may apply for the Rocky Mountain Goat Tag, the opportunity to actually harvest one is rare — even if you are the lucky recipient of the coveted tag. The difficult terrain and elevation require hunters to be physically fit in order to reach areas where the species roam.

Heading into the open air of Oregon, Nitschelm stalked and took a gorgeous Rocky Mountain Goat. Using a Browning A-Bolt rifle chambered in .280 Remington with Nosler’s Partition 150-grain ammo, she harvested the Billy with one shot safely and ethically alongside her dad. For Nitschelm, the dream became reality.

“Every night prior to this hunting trip, I dreamt vividly about this very moment. Some were dark, fearing that I would leave this trip empty-handed and disappointed. Other dreams were driven by the eagerness and excitement of tagging out,” Nitschelme recalled in a blog post on Nosler. “This feeling of success exceeded my expectations. The beauty of this animal up close was surreal.”