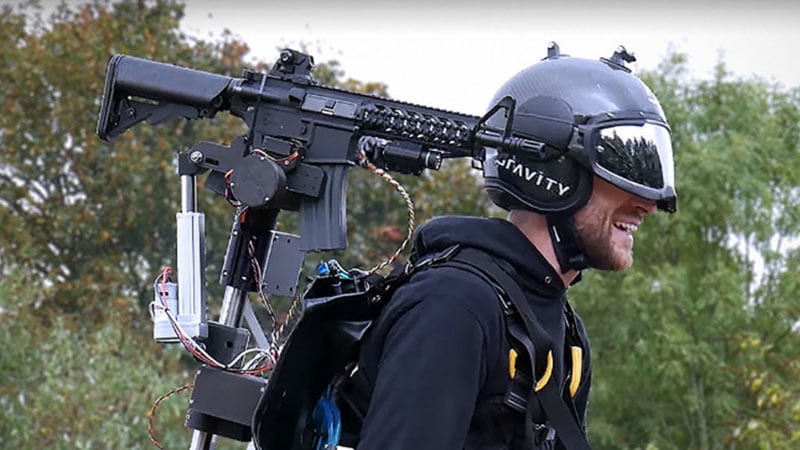 Recently, he enlisted the help of DIY 3-D printing genius and engineer James Bruton to add a little spice to his getup. Bruton fabricated a shoulder-mounted airsoft rifle controlled by the pilot’s visor which can be fired in semi-auto or full-auto modes.

On October 7, 2019, Bruton posted a video showing Browning flying the jet suit and firing the rifle. Although Gravity Industries made it clear that the addition of the weapon is merely for entertainment reasons only, it does open the door to a weaponized flying suit in the future. 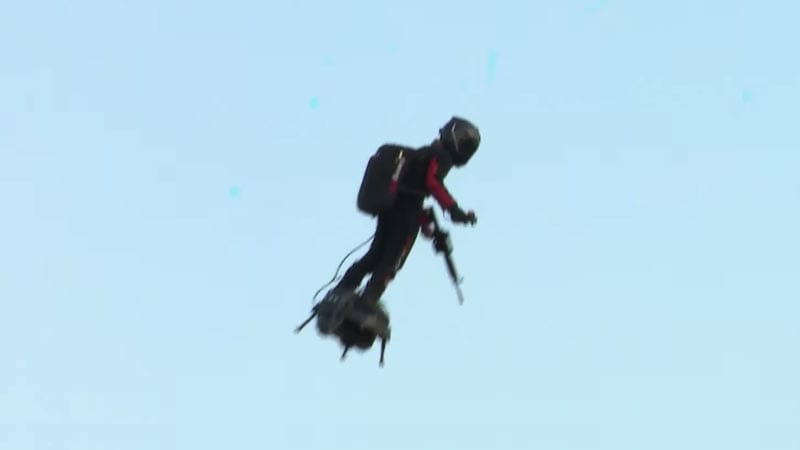 Browning is not the first to weaponize his suit, however. You may recall earlier this summer, French inventor Franky Zapata flying a jet suit called Flyboard Air above crowds during Bastille Day. In his hand, he held a fake rifle. In August, Zapata, dubbed the “Flying Frenchman,” flew across the English Channel donning his suit. It took 23 minutes including a pit stop halfway to refuel. He traveled at speeds up 87 mph approximately 49-feet above the water.

The most important question we have is can civilians get their hands on a flying suit? The answer is yes. Gravity Industries recently offered nine Daedalus Mark 1 flying suits for sale at Selfridges & Co. for a mere $443,000 each. Unfortunately, they sold out almost right away. Hopefully, more will be offered for those of you with deep pockets and aspirations of taking flight.

If you could own a flying suit, what type of gun would you mount on it? Let us know in the comments below. And if you looking for a firearm to take to the skies with, check out Guns.com’s selection of air-worthy guns.