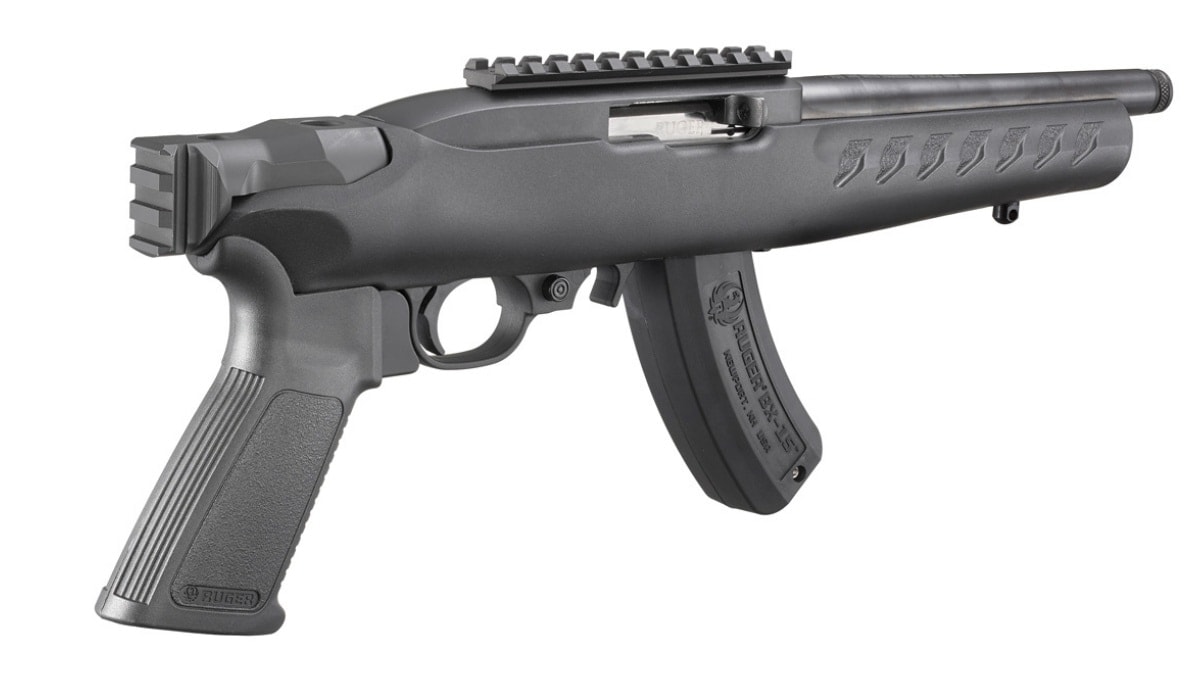 Ruger has made it easy for those looking to add a brace to one of their 22 Charger pistols, by including a rear-mounted rail. (Photos: Ruger)

Ruger’s 22 Charger pistol series grew this week with the addition of two new models geared to buyers who are looking to add a pistol brace.

The two new .22LR-chambered Chargers both feature a rear-mounted Picatinny rail with integrated QD cup, making them “brace-ready” and easily customized. Both of these models accept additional muzzle accessories or suppressors as they come factory-threaded with a 1/2x28TPI pitch.

Based on Ruger’s tried-and-true 10/22 platform, they accept standard 10-shot rotary mags as well as extended BX-series bananas and ship with a single 15-round BX-15 mag, which the company says is ideal for shooting the Charger from the included bipod. They also have an integrated top-mounted pic rail for optics and red-dots.

The Takedown Lite configuration features a cold hammer-forged, 10-inch threaded barrel tensioned in an aluminum alloy barrel sleeve. As its name implies, it can quickly break down into two sections for storage and transport. The overall length is 19-inches when assembled while weight is 57-ounces.

The standard model features a shorter, 8-inch barrel for a more compact package that runs 17-inches overall. Weight is 52-ounces. 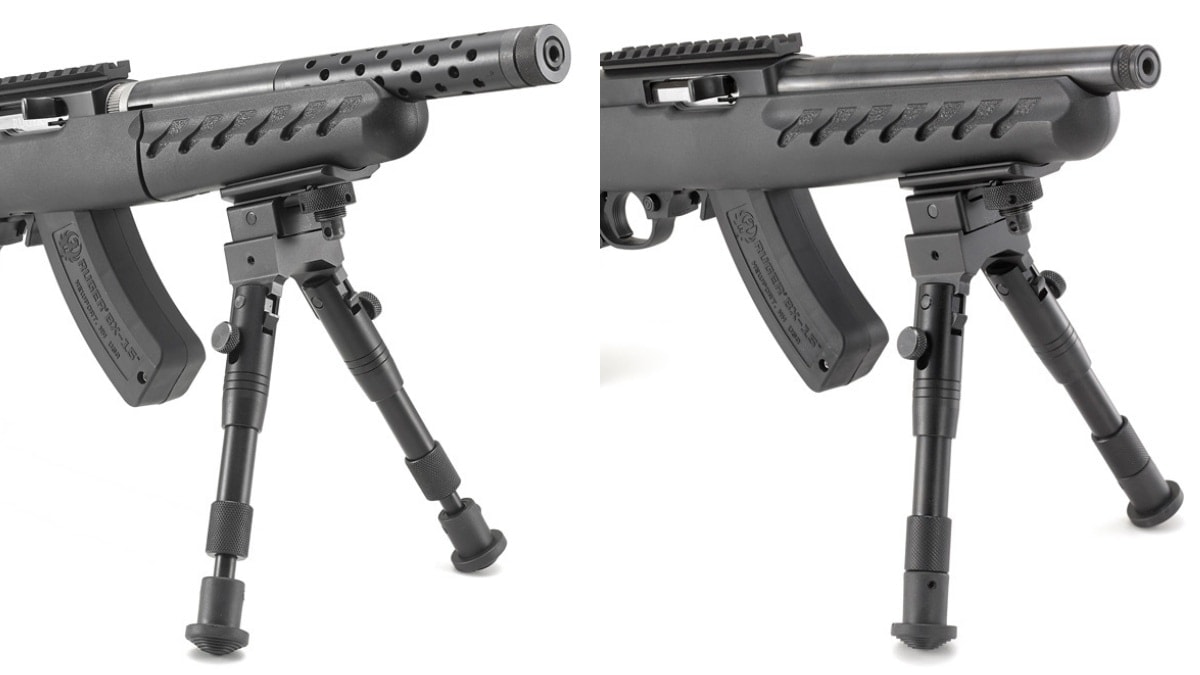 Both models also include an adjustable bipod that mounts on the pistol’s sling swivel post, a nice added extra.

The Ruger 22 Charger Takedown Lite with rear-mounted pic rail has an MSRP of $599 while the more standard model runs $349.