Plastic Fantastic: A Look at the Heckler & Koch VP70

Designed as a forward-looking firearm, Heckler & Koch’s circa 1970 entry into the polymer handgun market had a lot going on.

The VP70 was the German company’s polymer-framed, striker-fired 9mm handgun of the Disco era. An 18-shot select-fire gun, it had a theoretical rate of fire of a very spicy 2,200 rounds per minute and the ability to use a detachable stock that, like the old C96 Mauser, doubled as a bulky holster.

One of the lead firearms engineers behind the VP70 was Alex Seidel, who before WWII worked for Mauser and helped create the HSc pistol. The VP70, which had only four moving operating parts, was billed as reliable and simple with the select-fire sear itself contained in the buttstock. The main body was a synthetic resin material, a concept pretty forward-looking for 1968 when it was on the drawing board outside of the Remington Nylon 66.

First marketed in 1970, the VP70 beat Gaston Glock’s G17 to the “plastic pistol” market by a generation. However, it never really caught on and was something of, well, a duck in a market full of eagles. It plodded along until it was quietly discontinued in 1989, only garnering a few sales to third world military forces and limited export to the U.S. as the semi-auto and stockless VP70Z. 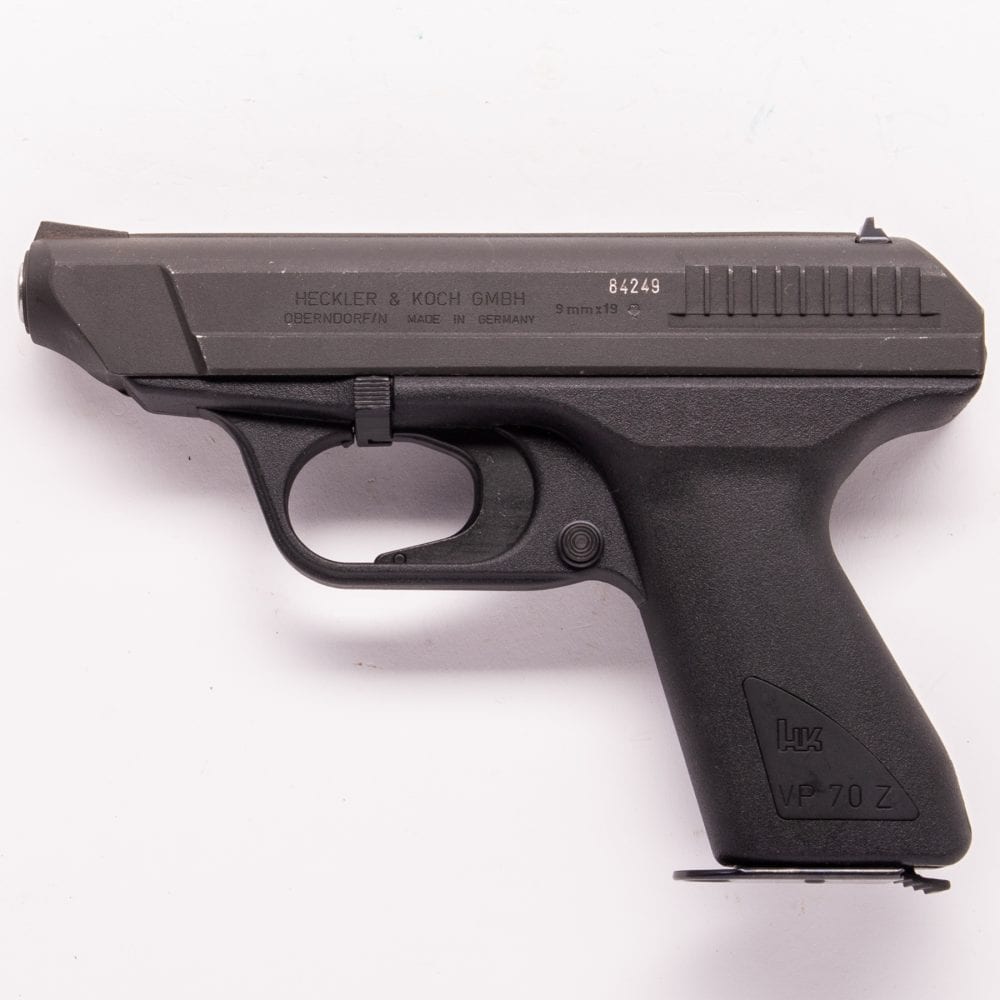 While the military model of the VP70 sported an “M” suffix, the neutered model intended for the consumer or civil market swapped that out for a “Z” suffix.

A single-action-only 19-shot 9mm pistol with a polymer frame, downright odd ergonomics, and a creepy boomerang-shaped trigger, the VP70Z was not popular in the era of Smith & Wesson “Wondernines” and once the Glock came on the scene, the writing was on the wall for continued commercial sales. 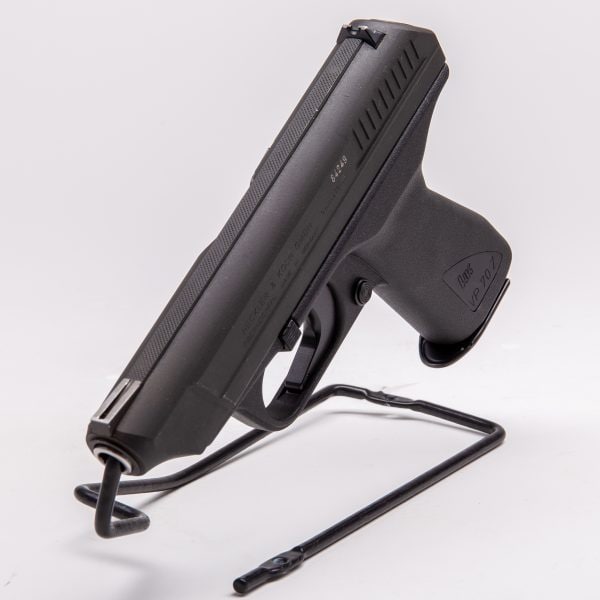 The VP70 used sights based on what HK referred to as using a “light and shadow” principal. (Photo: Richard Taylor/Guns.com) 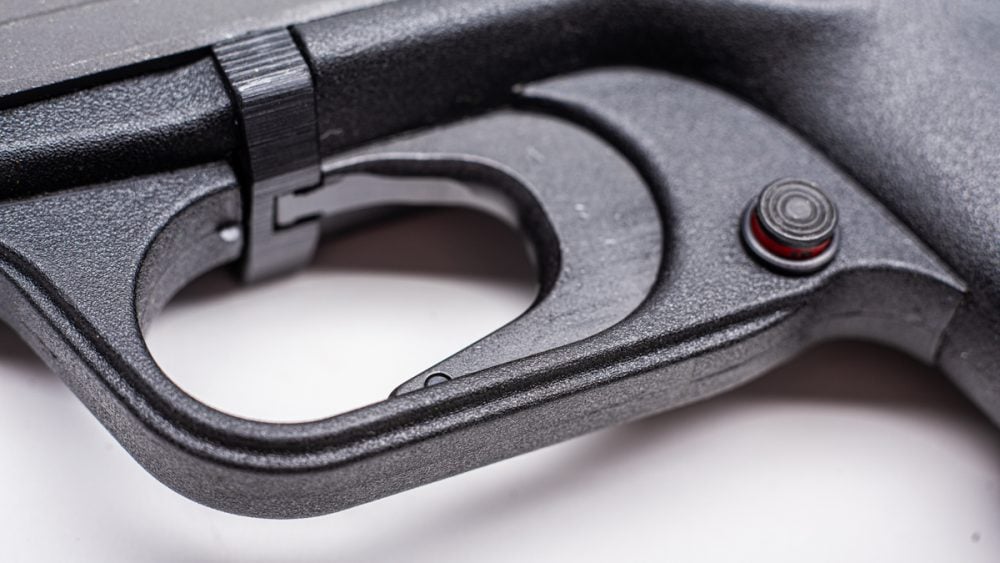 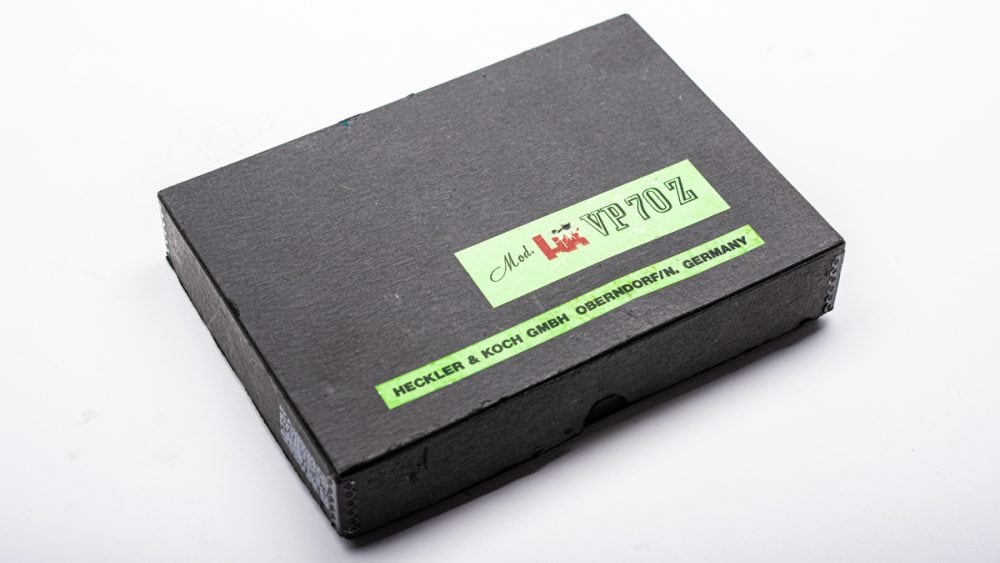 The “VP” designation has some debate, with many saying it stands for “Volks-Pistole” or People’s Pistol, much like the Volkswagen. Others argue it is for “Vollautomatische Pistole” (fully automatic pistol) or “Versuchspistole” (test pistol). Either way, it’s still a VP70. (Photo: Richard Taylor/Guns.com) 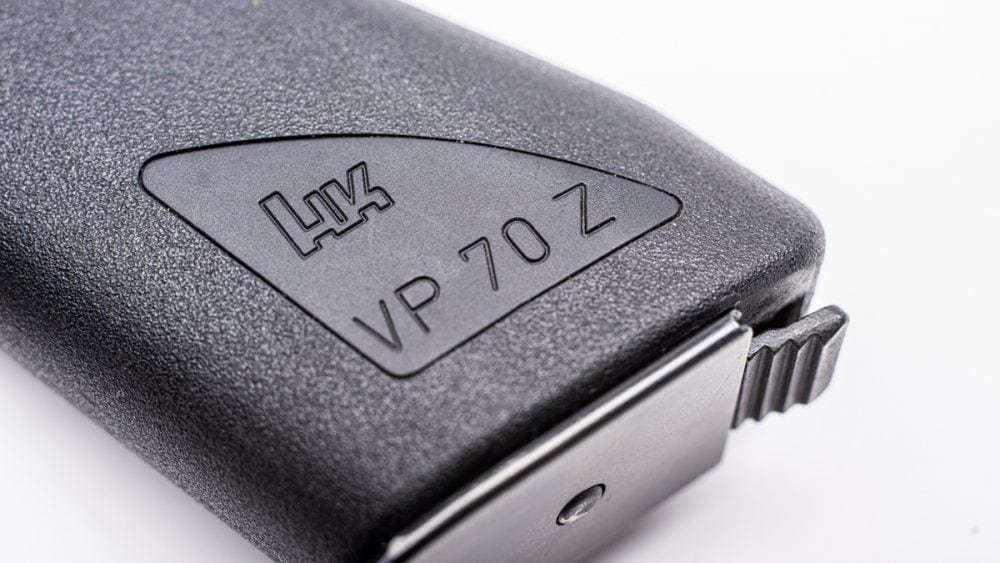 Nonetheless, its futuristic styling made it a hit in Hollywood and the VP70 was seen in the Resident Evil video game series, was the preferred sidearm of Colonial Marines in Aliens, and even guest-starred in episodes of MacGyver and The A-Team. 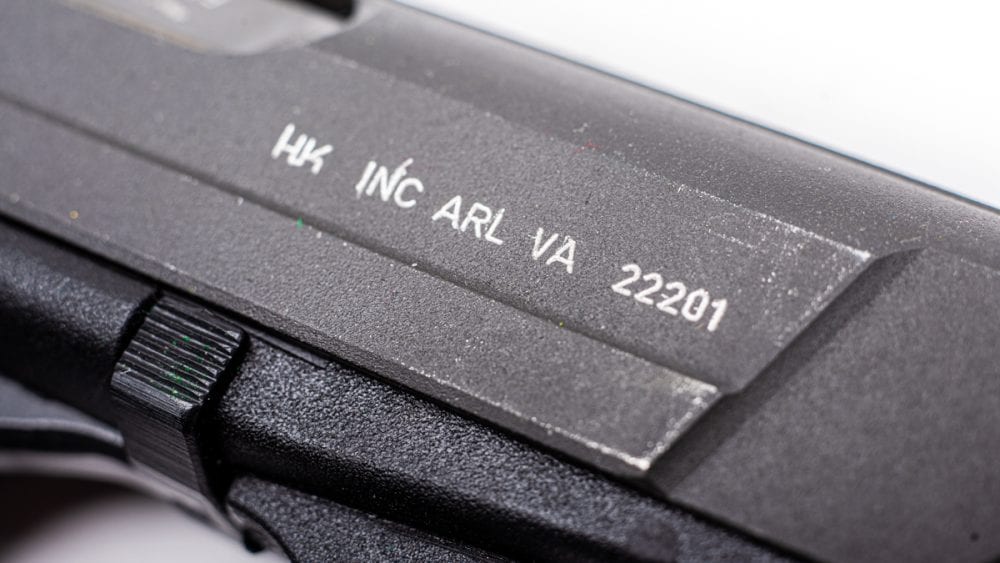 The VP70Z was only imported through HK’s Arlington, Virginia operation in the early 1980s, from then-West Germany. (Photo: Richard Taylor/Guns.com) 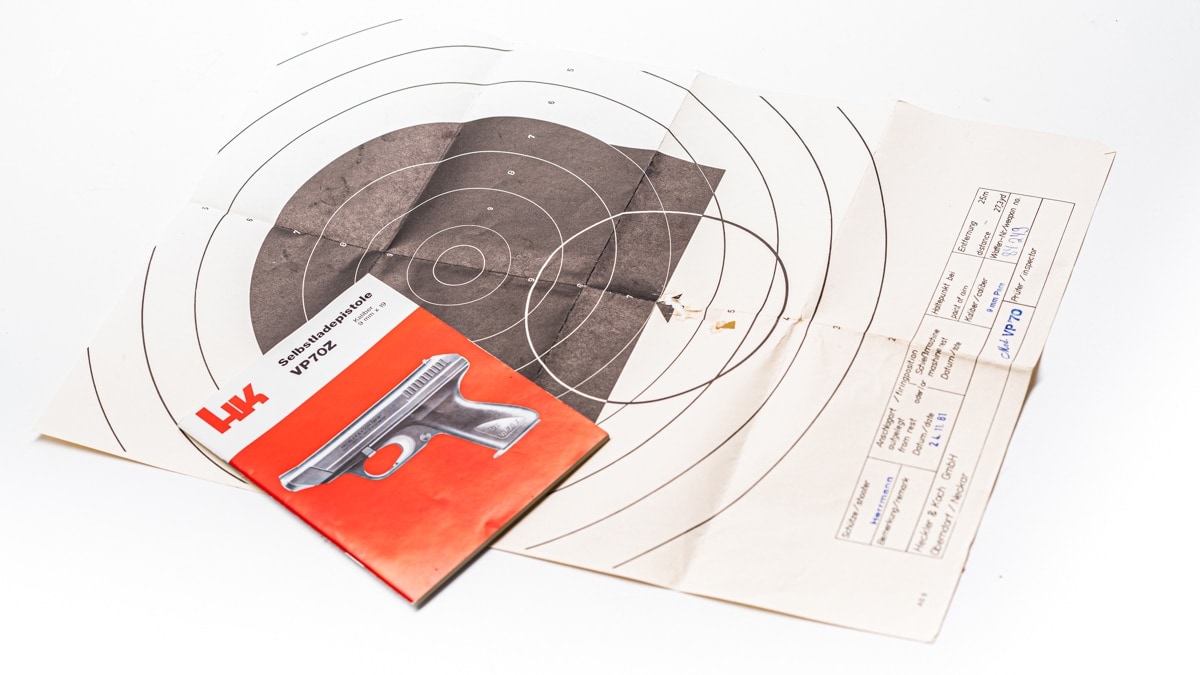 Our VP70Z up for grabs in the Guns.Com Vault of Certified Used Guns includes the original box, circa 1981 test target, manual and two magazines. (Photo: Richard Taylor/Guns.com)

HK went back to the drawing board and came up with the USP and P2000 in the early 2000s which were much more popular. Then came the VP9 and VP40. That later polymer-framed volkspistole line was introduced in 2014– 44 years after the VP70’s debut– and has been a lot better received.

Like interesting and unusual firearms like the HK VP70Z? Then you will love Collector’s Corner, where Guns.com curates the cream of the crop when it comes to rare gems like this. Check it out here.