The British firm of Webley & Scott dates back to 1790 and has recently been getting back into the rifle game– with the Xocet setting the pace.

Introduced in late 2016 in Europe, the bolt-action Xocet is branded by Webley and manufactured by GSG– making it English by way of Germany in a sense. A cool thing about the model is that they use a threaded 19.5-inch carbon/kevlar composite bull barrel with an option for a standard pencil barrel as well. The Xocets we have in the Vault all carry a German CIP Proof mark while the threaded carbon fiber barrel has a 1-in-16 twist rate on the .22LR models in stock.

With a lightweight ambidextrous synthetic stock with a 14-inch length-of-pull, these handy rimfire bolt guns run just 37.5-inches overall while hitting the scales at 7.5-pounds. 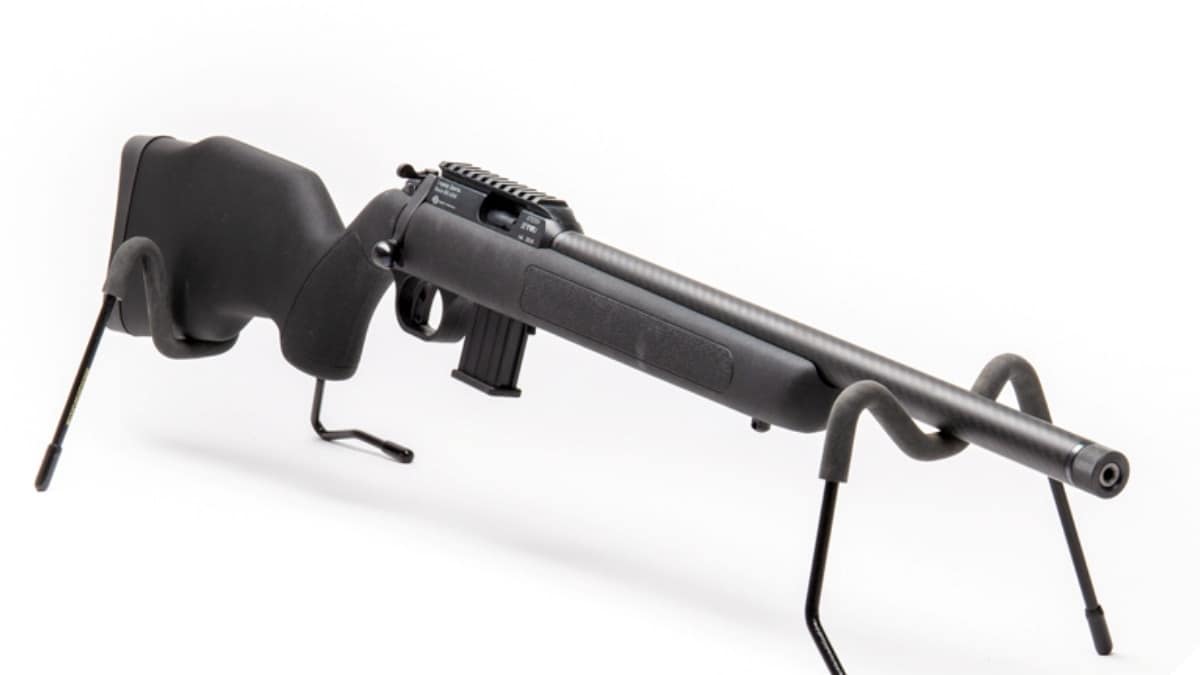 Produced in .17 HMR, .22LR and .22 WMR, we recently picked up a nice selection of .22LR guns with CF barrels. Note the Pic rail and threaded muzzle with a knurled cap.

While MSRP is a whopping $400+ on these, you wouldn’t believe our current price on the mint condition Xocets in stock.