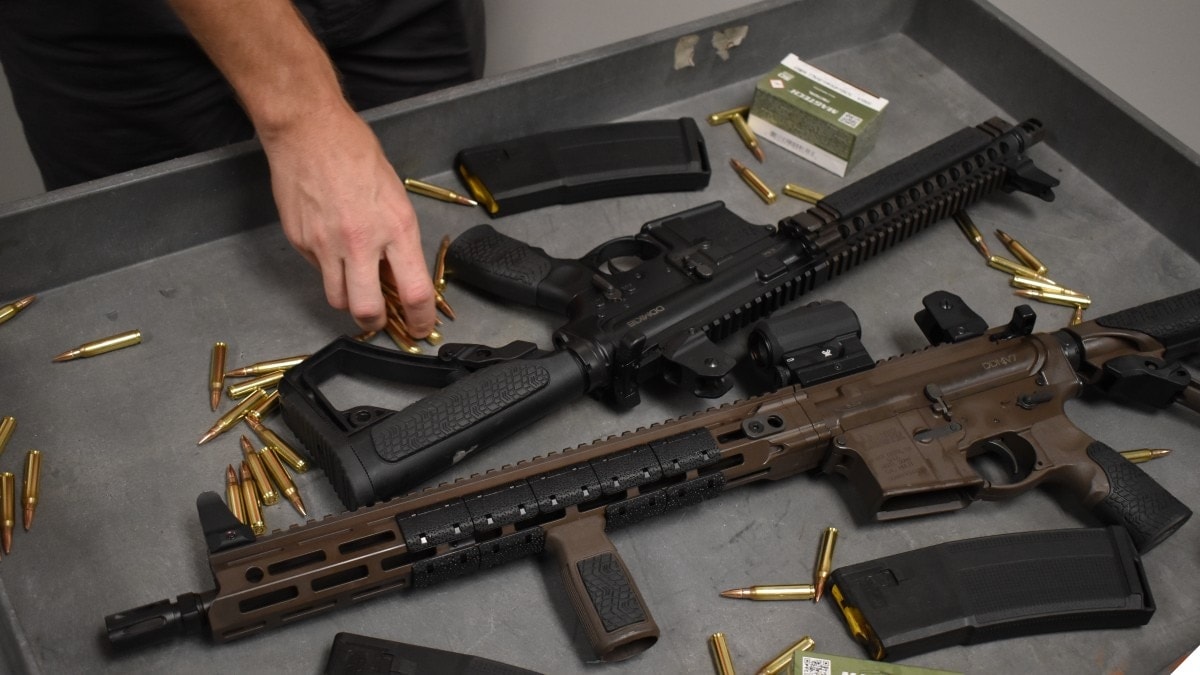 “The firearms addressed in this bill are commonly used for hunting, personal defense, and competitive shooting,” said the bill’s sponsor. (Photo: Chris Eger/Guns.com)

Legislation announced Tuesday would remove short-barreled rifles from regulation under the National Firearm Act and treat them like regular firearms.

The bill, entitled the “Home Defense and Competitive Shooting Act,” was introduced to the U.S. House this week by Rep. Roger Marshall. The Kansas Republican argues that SBRs have been overregulated since 1934 and that needs to change.

“Opponents of the Home Defense and Competitive Shooting Act want to use bureaucracy and regulations to obstruct citizens attempting to exercise their God-given right to keep and bear arms,” said Marshall in a statement issued by his office. “The firearms addressed in this bill are commonly used for hunting, personal defense, and competitive shooting.”

Under current law, as regulated by the Bureau of Alcohol, Tobacco, Firearms and Explosives, SBRs are classified as a rifle with an overall length of fewer than 26-inches and/or a barrel of fewer than 16-inches in length. Marshall’s bill would remove such limits from NFA enforcement, regulating SBRs in the future under the same rules as other rifles.

According to statistics from the ATF, some 413,167 SBRs were listed on the National Firearms Registration and Transfer Record (NFRTR) as of May 2019. Such figures have steadily risen through the years as these firearms become more popular and gun owners elect, for example, to legally convert AR and AK-style pistols to SBRs after processing a Form 1 and paying a $200 tax stamp. In 2014– just a half-decade ago– there were only 137,201 SBRs on the books.

The measure has the support of gun rights groups to include the National Rifle Association and Gun Owners of America. It has been listed as H.R. 5289 and has 16 co-sponsors, all Republicans.

“Since I came to Congress, I have fought tooth and nail to stop attempts that would strip our Constitutional right to keep and bear arms,” said Marshall. “This bill will eliminate regulations designed not to protect Americans, but to deny them their Constitutional rights.”

H.R. 5289 has been referred to the House Committee on Ways and Means, as well as to the Committee on the Judiciary. Both are controlled by Democrats.