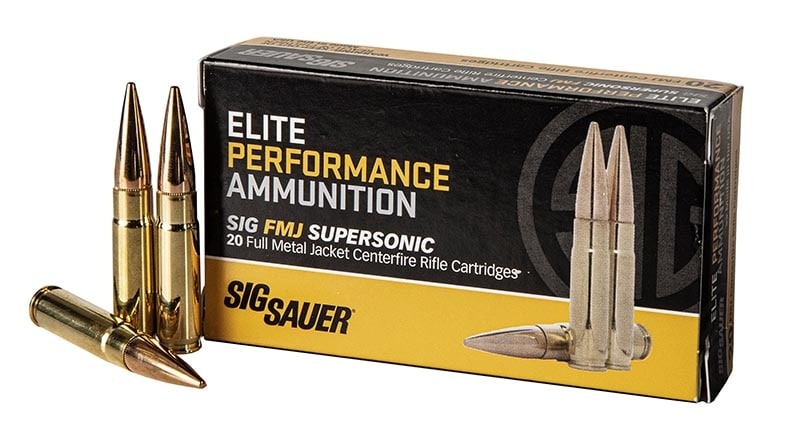 Offering a 125-grain load, the new FMJ round boasts a muzzle velocity of 2,145 feet-per-second. The company says it wanted to build on its rifle training selection, bringing a “cost-efficient, high quality” training round to rifle shooters.

“There is a huge demand for .223 Rem and .308 Win FMJ training ammunition, and we’ve had many requests for .300 BLK as well,” Brad Criner with Sig Sauer Ammunition said in a news release. “These premium training loads are designed to offer high-level performance at affordable prices.”

The ammo is manufactured at Sig Sauer’s manufacturing facility in Jacksonville, Arkansas. The new load is available now, shipping 20 rounds to a box and priced at $25.95.